Juniors Jean Fan and Jiali Fang and the group of freshmen Ezra Wexler and Julian Boilen won certificates at the Montgomery County Schools Media Festival (MCSMF) on April 17. The MCSMF is an annual competition that celebrates artistic expression through various media.

Each year, students from pre-kindergarten to twelfth grade submit entries of their work in six different categories: News Programs, Sequential Stills, Animation, Live Action, Digital Art and Photography. Submissions were broken up into even more specific groupings based on the purpose of the work within each category. The three highest-rated submissions in each grouping were given awards from MCSMF in the American Film Institute Silver Theatre in downtown Silver Spring. 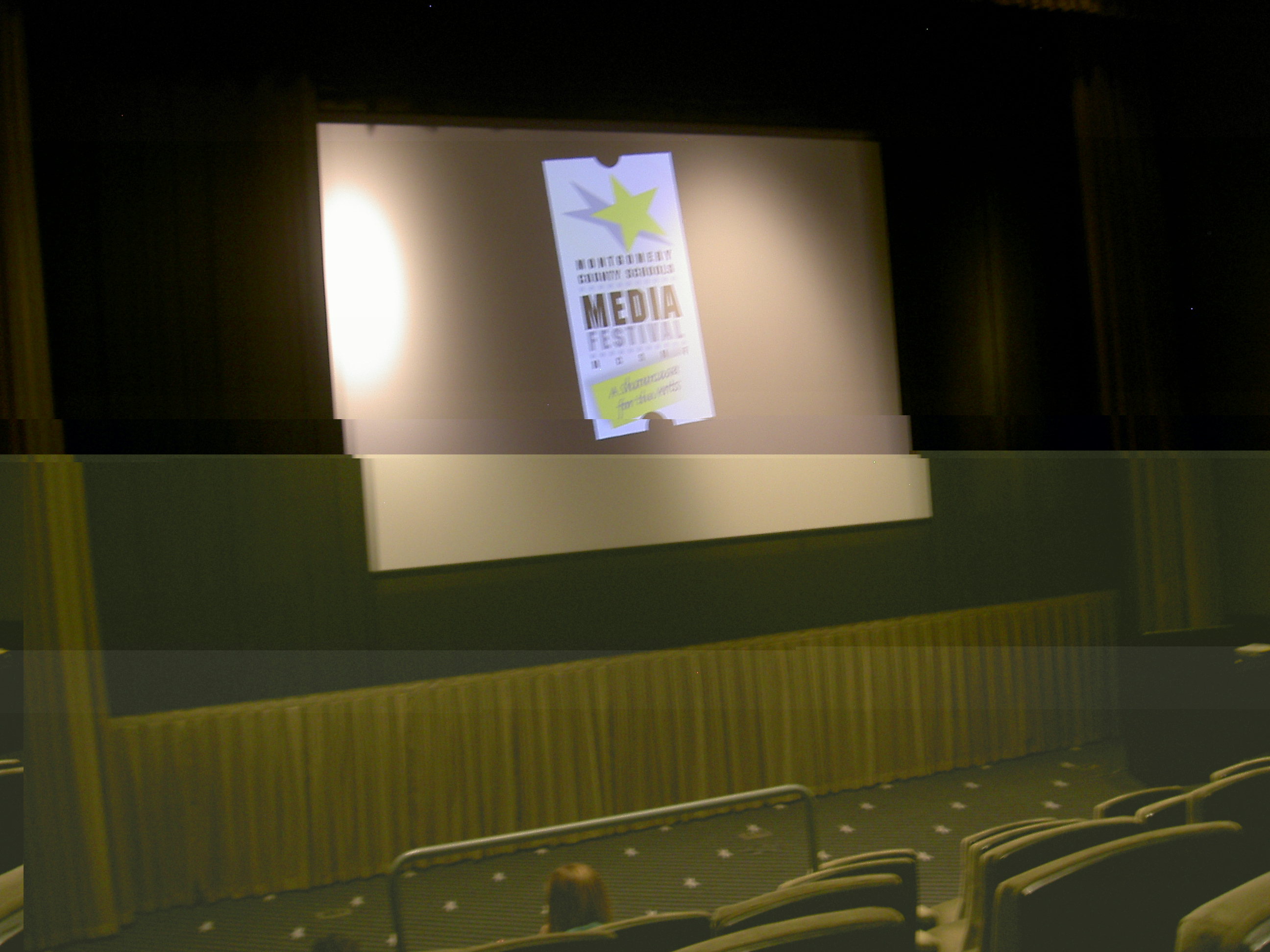 Photo: The Media Festival logo is projected onto a screen in AFI in Downtown Silver Spring.

Photo: The Media Festival logo is projected onto a screen in AFI in Downtown Silver Spring.

Submissions were judged by several experts in the field, according to Connection Resource Bank Coordinator Gail Woolf. Two separate judges reviewed and critiqued each submission based on a standardized rubric. A full set of rules is available on the MCSMF web site.

Each school could only enter one submission per grouping. Blair students submitted work in nine of the 32 groupings.

The different media showcased at the festival were sometimes provocative. Students from Kennedy High School created two animations that made fun of Blair and Einstein High Schools. The biggest competition between schools was battled in the photography category; a total of 106 entries in the high school competition were judged.

The competition received most of its publicity through the MCPS web site and Blair Network Communications encouraged submissions on InfoFlow. MCSMF encouraged students to submit their work for future competitions.