Blair succumbs to Sherwood offense in a grinding home opener

In their first home game of the year on Friday night, Blair (1-1) had to face one of the toughest opponents they'll face all year in Sherwood (2-0). The Blazers came up short 7-14, but they did not disappoint.

Sherwood received the opening kick but didn't capitalize as Blair held them to a quick three plays and out. However, Blair's first possession wasn't any better as they also could not convert a first down.

The first quarter displayed a defensive showdown between both sides, as Blair's defensive line looked strong out of the gate, shutting down Sherwood's running game and preventing them from scoring. Both teams got only one first down in the quarter and they both came in the last three minutes, and didn't lead to any scoring.

"I really liked how our defense played," said senior running back, Yonis Blanco. "We shut them down for most of the game." 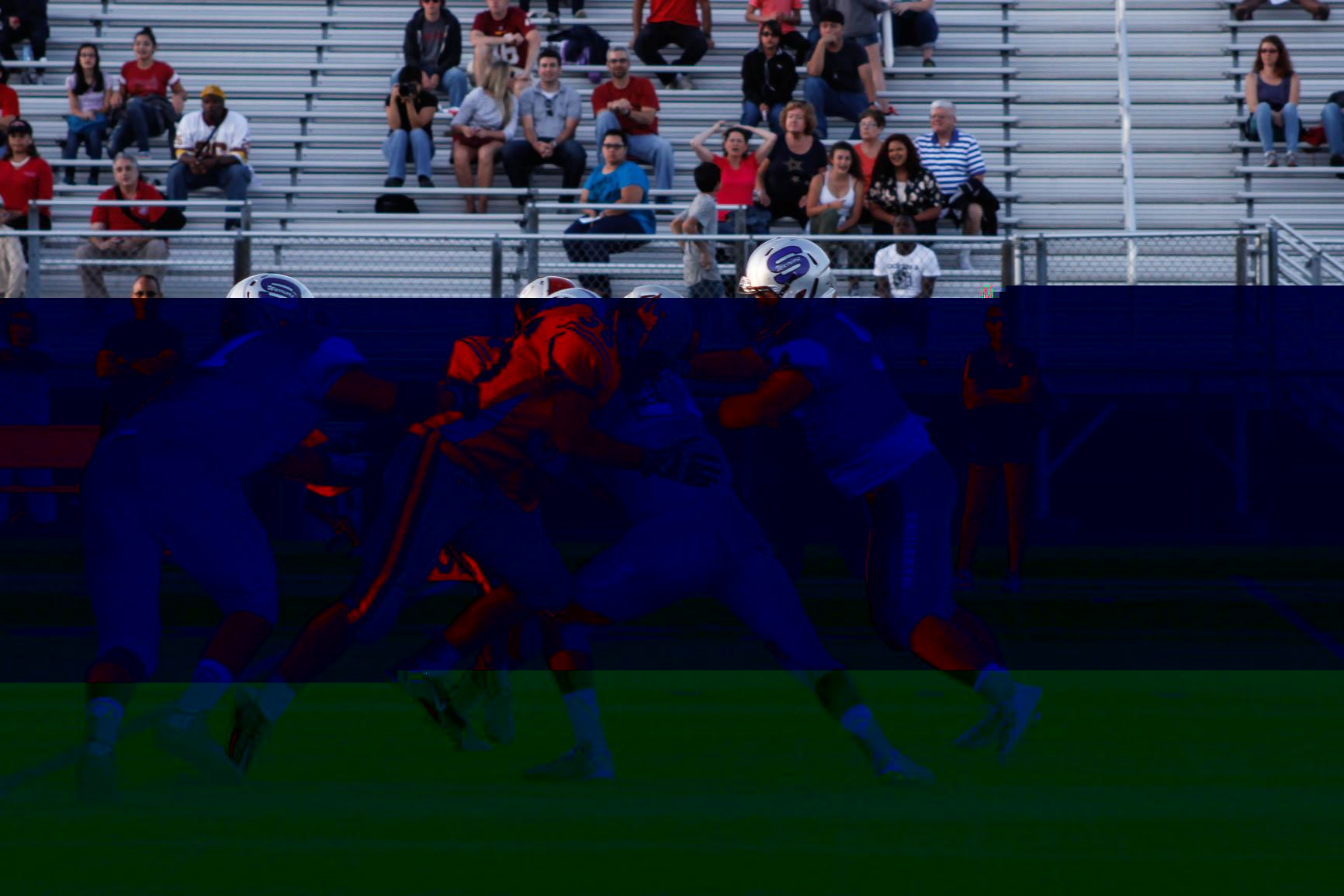 Photo: The Blazers defense keep the Warriors mostly in check

Photo: The Blazers defense keep the Warriors mostly in check

In the second quarter, Blair's got things going in their second possession as Blanco had a fifteen yard carry for a first down. Blair couldn't get much done on the following three downs and on fourth and eleven they decided to go for it. The confident, but risky, decision paid off, as sophomore quarterback Desmond Colby completed a thirty yard touchdown pass to junior receiver Chris Green.

"They just couldn't stop us," said Green. "Desmond threw it where it needed to be and I did the rest. That play really got us going in the second quarter."

However, Blair couldn't hold their lead for long as, a few minutes later, Sherwood quarterback Neven Sussman ran for the Warriors first touchdown of the game to tie it up at seven. 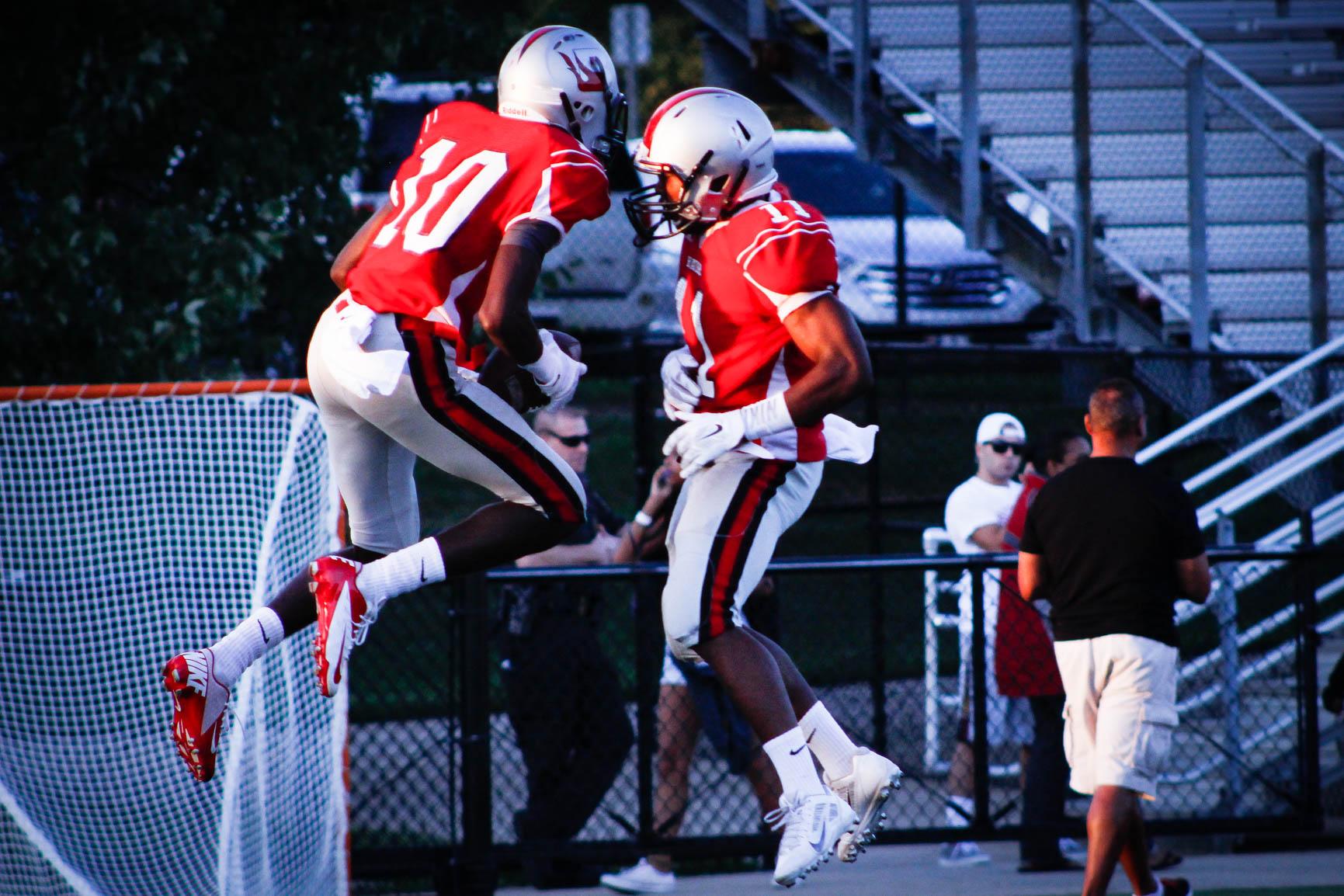 With only a couple minutes left in the first half, a botched punt by Blair gave Sherwood the ball on Blair's forty yard line. Sherwood capitalized and quickly drove down field. On the five yard line, the Warriors handed the ball off to running back Travis Levy for their second touchdown of the game. Levy ended up running for eighty nine yards and a touchdown in the game.

The third quarter was almost a mirror image of the first, as both offenses seemed worn out while the defense on both sides continued to dominate. Sherwood showed the only real sign of offensive life as, with seven minutes left in the quarter, Sussman drove his team down the field to Blair's thirty five yard line. They were unable to capitalize however, as on third and five, Sussman dropped back and threw a bullet that squirmed through the hands of a Warriors receiver in the end zone.

In the last minutes of the game Blair had a couple chances to tie the game but they seemed unable to push further than the red zone. On Blair's final drive, Colby led his squad down the field to around Sherwood's forty yard line. The drive quickly came to a halt however, as Colby let one loose toward the end zone that was intercepted and taken fifteen yards back down field. That was the Blazers last hope, as the final score was Sherwood fourteen, Blair seven. After the game, Coach Fields shared his thoughts on his team's performance. "Im proud of their fight. They just kept pushing and adding pressure. Thats all you can really ask for from a team," Fields said. "It's never an easy thing. We have a lot of football left and I told the kids before the game that, regardless of win or lose, we're coming into work on Monday."