Lady Blazers beat down by Bengals

In a matchup of two Montgomery County girls' lacrosse powers, the Blake Bengals (4-1) beat the Blair Blazers (4-1) handily by a score of 18 to 11. Blake charged ahead in the first half scoring ten unanswered to break a 2-2 tie and take a 12-2 lead. 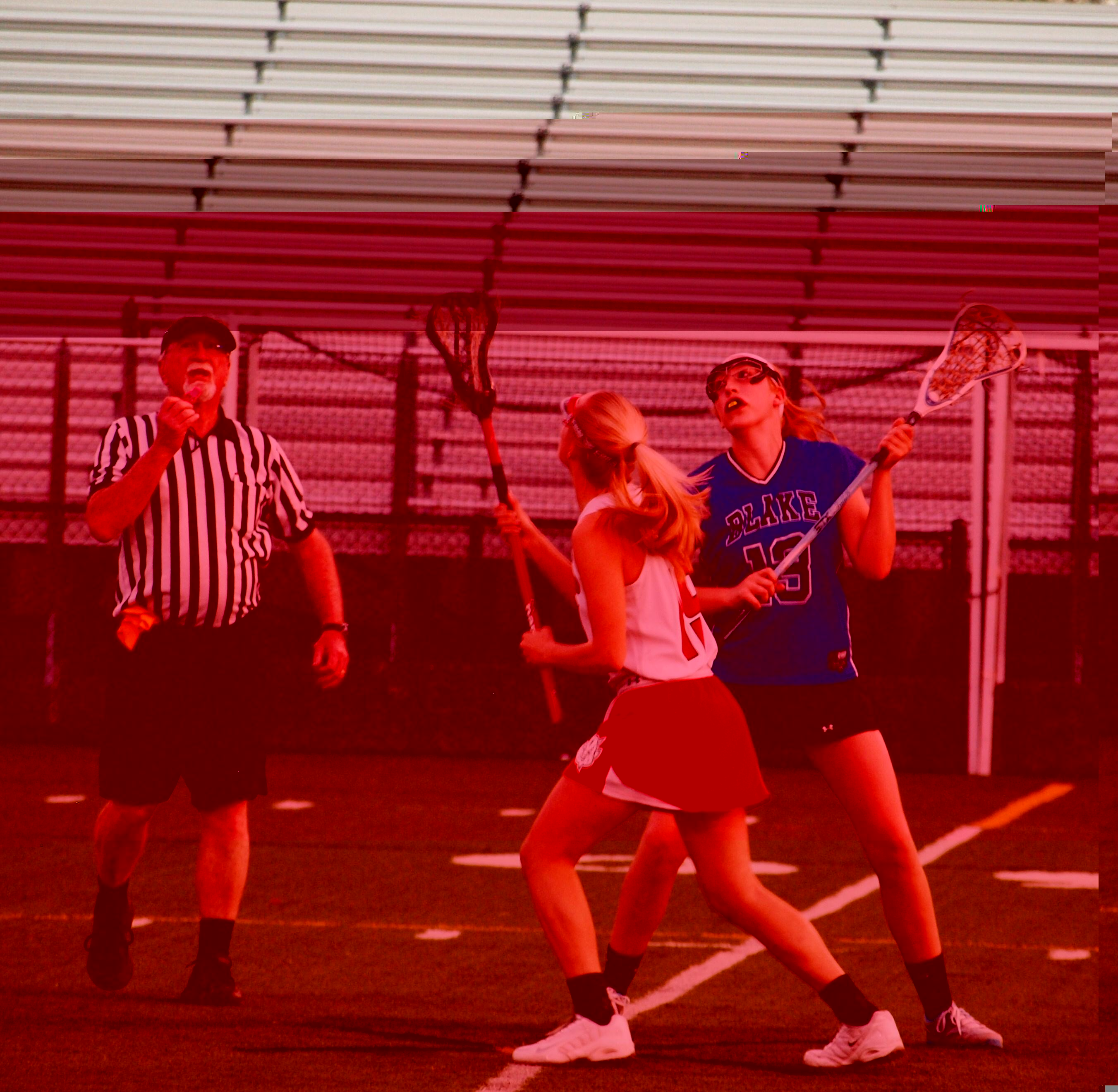 Photo: Senior co-captain Caren Holmes got the Blazers started less than 10 seconds into the game with a goal.

Photo: Senior co-captain Caren Holmes got the Blazers started less than 10 seconds into the game with a goal. Photo courtesy of Isabel Hendrix.

Blair struggled mightily on defense as Blake scored on nearly all of their possessions after finding holes in the defense and getting open shots on junior goalie Jenna Kanner. The defense was trying a new strategy according to senior Shannon Brady and it didn't work out in this game. Coach Michael Horne agreed, believing that's just the way it works. "We have different schemes in place and they sometimes work, and sometimes they don't. It happens,” Horne said.

The defense also suffered from a lack of communication according to Brady. "We struggle with communication especially. We can't leave each other by themselves,” Brady believes. Horne doesn't believe that it was worse than in past games, but that it was exploited by a good Blake team. "When you play against a very skilled team as Blake is, the margin of error is small,” Horne points out. "They'll find any hole.”

The game started out nicely for the Blazers when senior Caren Holmes scored ten seconds into the game but Blake responded immediately with a goal of their own. After the two teams traded goals, Blake dominated the time of possession and scored ten straight goals before multiple shots by Blair turned into a goal seconds before halftime. 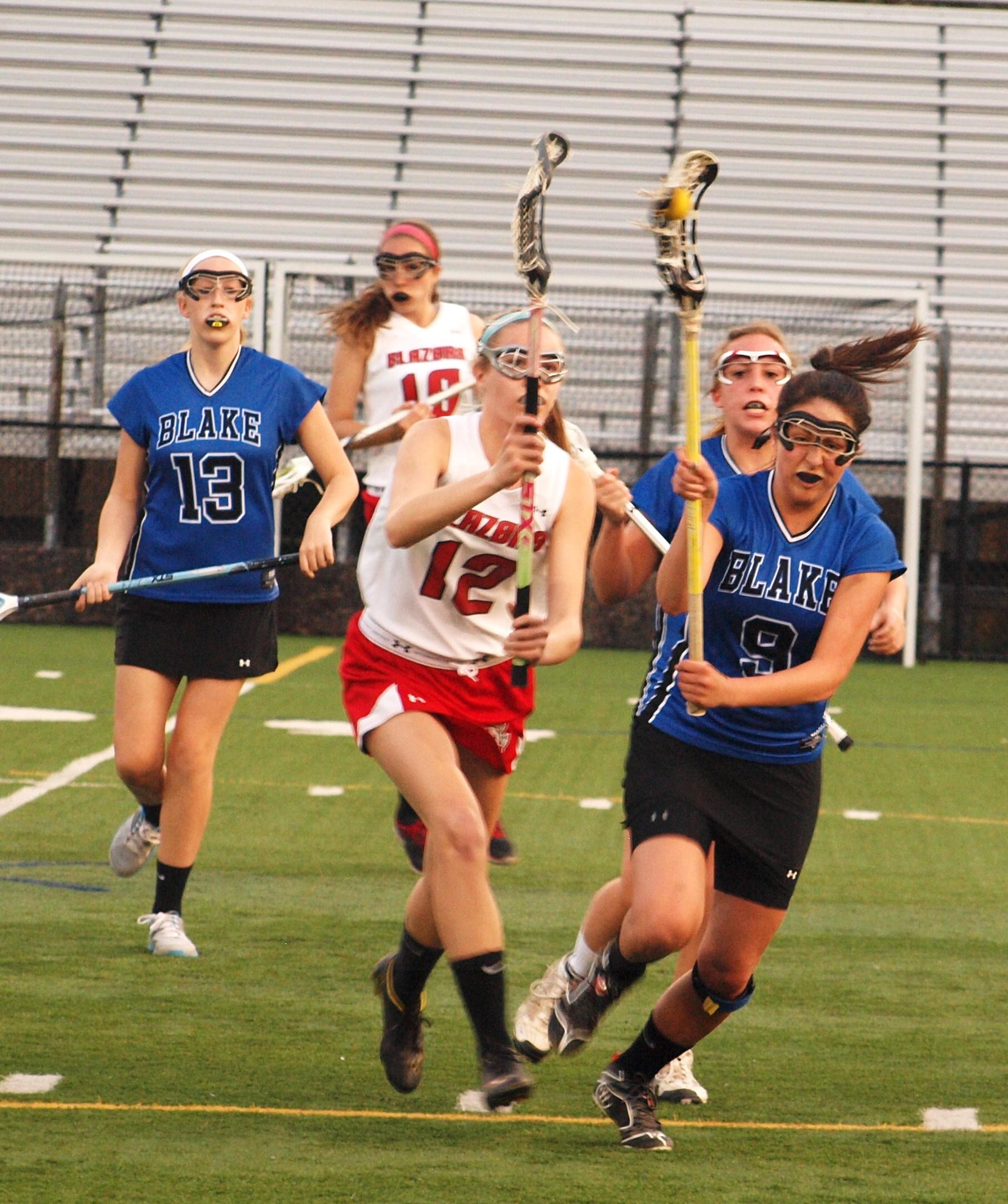 Photo: Junior Shannon Healy and her teammates spent much of the game chasing the Bengals.

Photo: Junior Shannon Healy and her teammates spent much of the game chasing the Bengals. Photo courtesy of Isabel Hendrix.

But despite the 9 goal deficit at half time the Blazers came charging out of the half and showed that they were capable to play with a team of Blake's caliber. Junior Amalia Perez says that Horne fired up the team at half and got them ready to fight back. "He told us to take it personally, to get offended. And we got angry. We didn't want to lose by 14,” Perez said.

While Blair was blown out in the first half, they were able to see the positives in the game. Perez believes that the team now knows that they can play with a great team after seeing that in the second half and knows that they'll never give up. But most importantly she believes that the game showed them what they need to work on to keep improving and be able to beat the best teams in the county. "We know we need to work and communication and be aware,” Perez said.

Blair plays its next home game April 11 at 7 p.m. against Paint Branch.