The Blair boys' and girls' swim teams (1-5) placed second and seventh out of 28 and 27 teams, respectively, in the Maryland 4A/3A State Swim Championships Saturday. About one-third of the team competed, earning 204 points for the boys' team and 126.5 points for the girls' team. 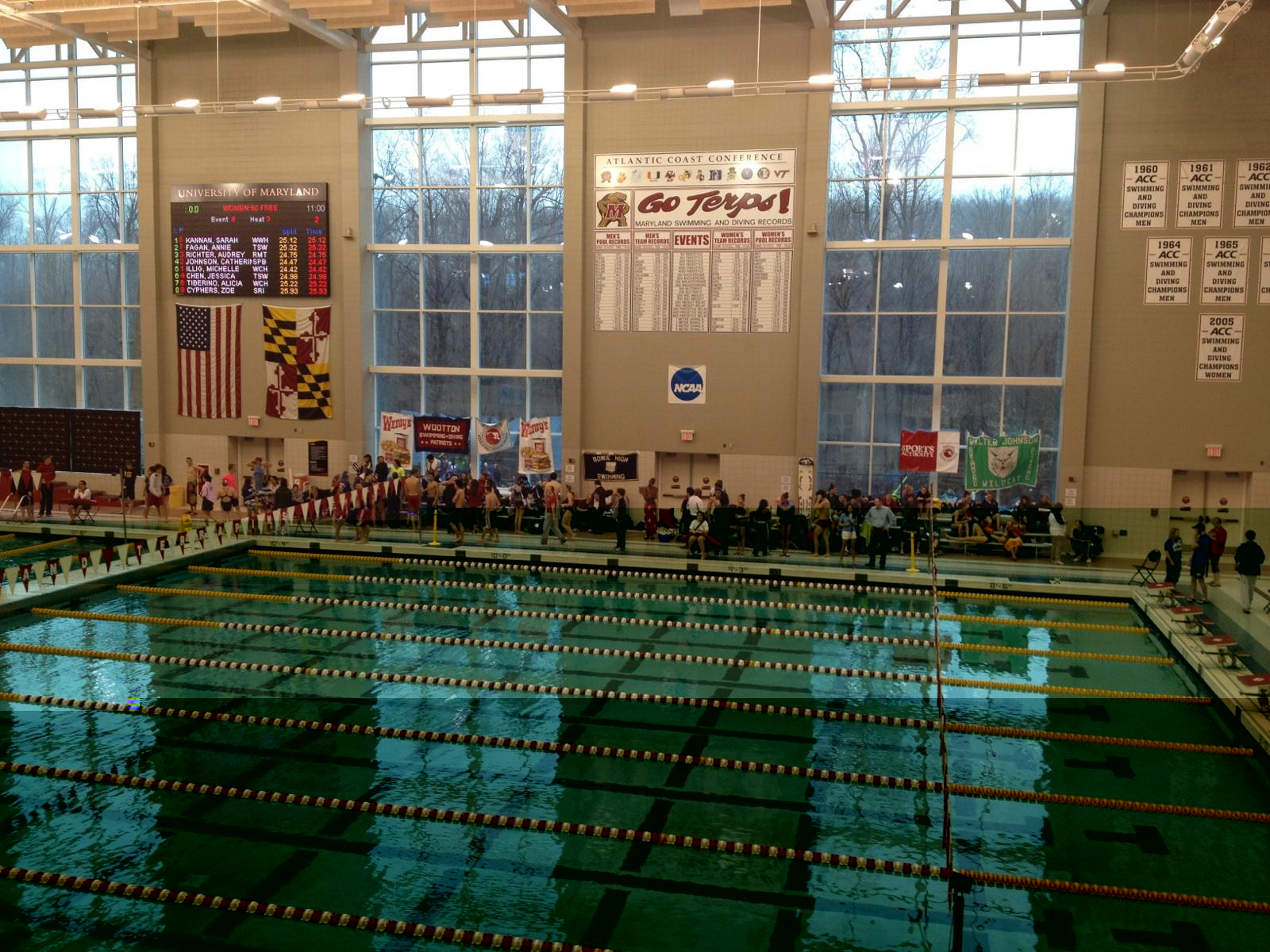 Photo: The Blair swim and dive competed in states Saturday, placing second and seventh for the boys' and girls' teams, respectively.

Photo: The Blair swim and dive competed in states Saturday, placing second and seventh for the boys' and girls' teams, respectively.

One of the highlights of the meet was senior co-captain Jack Foster breaking the meet record for the 200 Individual Medley (IM) with a time of 1:53.16. Another highlight was the boys' team placing fifth in third heat for both the 200 free relay and the 400 free. The dive team also did well, with its two competitors, senior Nick Seidell and junior co-captain Brian Huang, placing 9th and 10th in the separate competition Friday.

Foster was pleased with his individual performance, but slightly disappointed that overall, the boys' team placed second to Walter Johnson. "The boys' team really wanted to win, and we gave it a lot of effort but came up just a little short," Foster said.

Senior co-captain Emily Lathrop was more satisfied with the girls' performance. After placing 14th at the Metros competition two weeks earlier, the girls' had a much stronger showing on Saturday, coming in seventh.

Lathrop believes that part of the reason the team did so well this year was because they had practice competing in states last year. "This year we were a bit more prepared for states, seeing as last year was the first year," Lathrop said. "There were less records broken this year than last year, but that's to be expected. There were also some pretty amazing races."

Overall, Lathrop was proud of the team's achievements especially because they outperformed their ranking. "I think we had a great season, and we didn't get last in Division I, even though we were seeded last, so that was pretty awesome," Lathrop said.

Foster expressed his appreciation for the team's dedication and success during the last few competitions of the season. "Blair swim & dive is one of the hardest working groups out there and they've been awesome this year," Foster said. "They helped me end my career on a high note with some awesome performances at Metros and States."