The Blair swim team (1-5) placed third and sixth for the boys' and girls' teams, respectively, in their first post-season competition, Divisionals. They competed against the five other teams in Division I, the Richard Montgomery Rockets, the Churchill Bulldogs, the Walter Johnson Wildcats, the Whitman Vikings and the Wootton Patriots. The dive team also did well at the earlier competition, with individual divers placing second, fifth and sixth out of eighteen competitors.

The team used their fastest lineup in order to achieve these victories. The top swimmers for the team were limited to four races – either one event and three relays or two events and two relays, as specified in the rules for the meet. 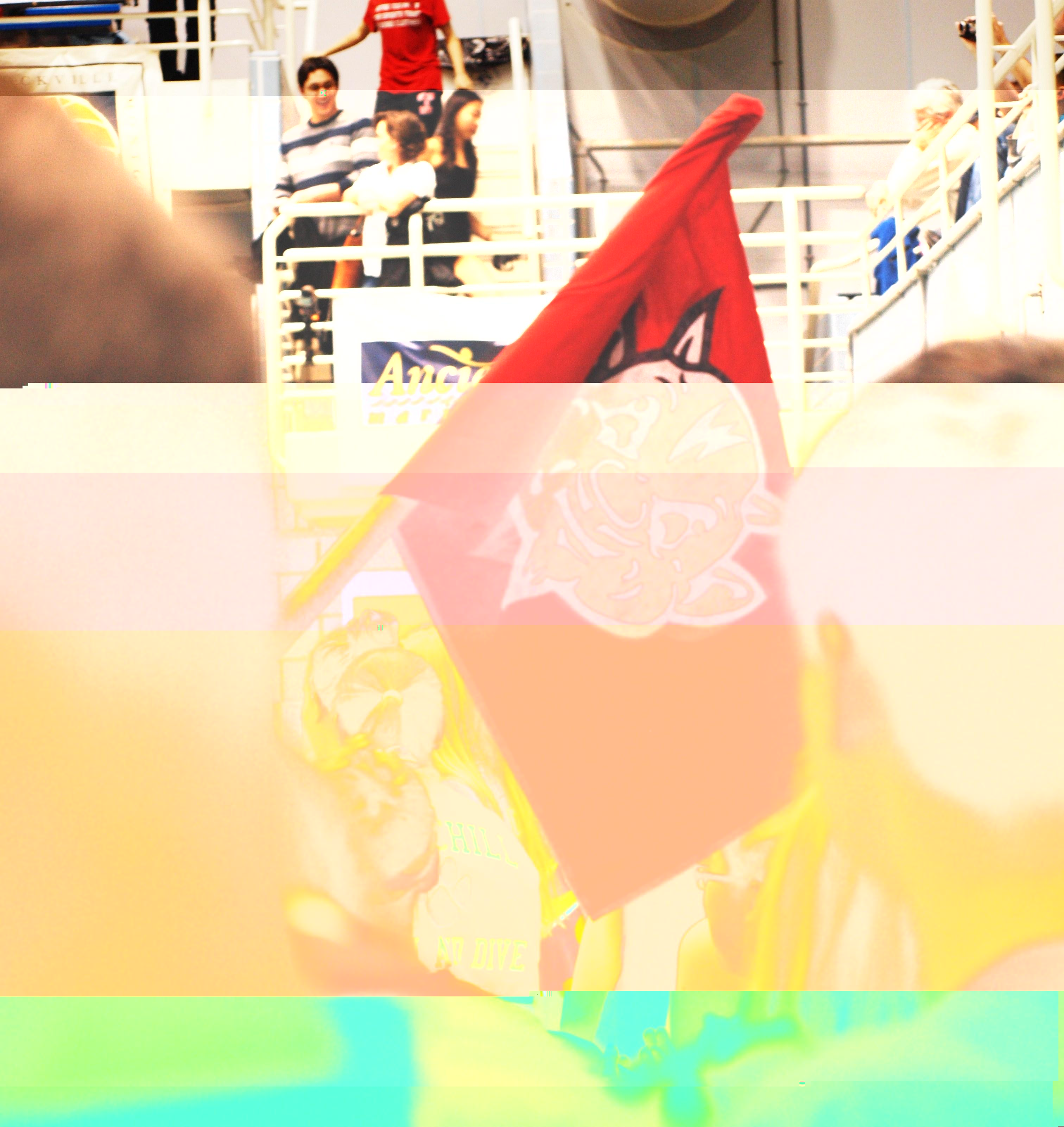 Photo: Someone waves a flag with a Blair Blazer on it in order to get the swim & dive team pumped up for Divisionals.

Photo: Someone waves a flag with a Blair Blazer on it in order to get the swim & dive team pumped up for Divisionals.

Many team members who weren't swimming in the meet came to cheer their teammates on, including freshman Anna Hukill. "There's maybe 15 or 20 other people here [from the team] who aren't swimming today. There are a lot of fast people, so it's fun to see everyone race," Hukill said.

Junior co-captain Brian Huang also broke the school's record for the 1 meter (6 dives) event and placed second in the diving competition. However, he hopes the diving team as a whole can do better in the next few competitions, including the Metro swim & dive championship. "We need to be a little more consistent with going in the water straight," Huang said. "With Metros and Regionals coming up, we need to maintain that consistency."

All of the members of the dive team and about 30 swimmers will be attending Metros this upcoming week. Since the competition has a time-based standard, some of the swimmers made the cut at Divisionals, including Huang for 100 butterfly, junior Avikar Periwal for 200 freestyle, sophomore Sarah Aitken for 200 individual medley and sophomore Wesley Hopkins for 500 freestyle.

The team is already looking ahead to next year's season and whether they will compete in Division I again. "Everyone's been swimming really fast, " Foster said. "I'm doing all the things I need to do to go fast, so I think we have a good shot at staying in Division I next year."

Individuals from the team will compete at the Metro swim & dive championship at Germantown Indoor Swim Center Wednesday, Feb. 6, through Saturday, Feb. 10.