The Blair boys' and girls' swim teams (1-5) placed fourth and fourteenth out of 31 and 33 teams, respectively, Saturday night in the Washington Metro Interscholastic Swimming & Diving Championships (Metros) finals. The boys' team came in first out of all the public high schools participating in Metros, with a total of 263 points, and the girls' team earned a total of 90 points, beating some of the teams they lost to during the regular season. 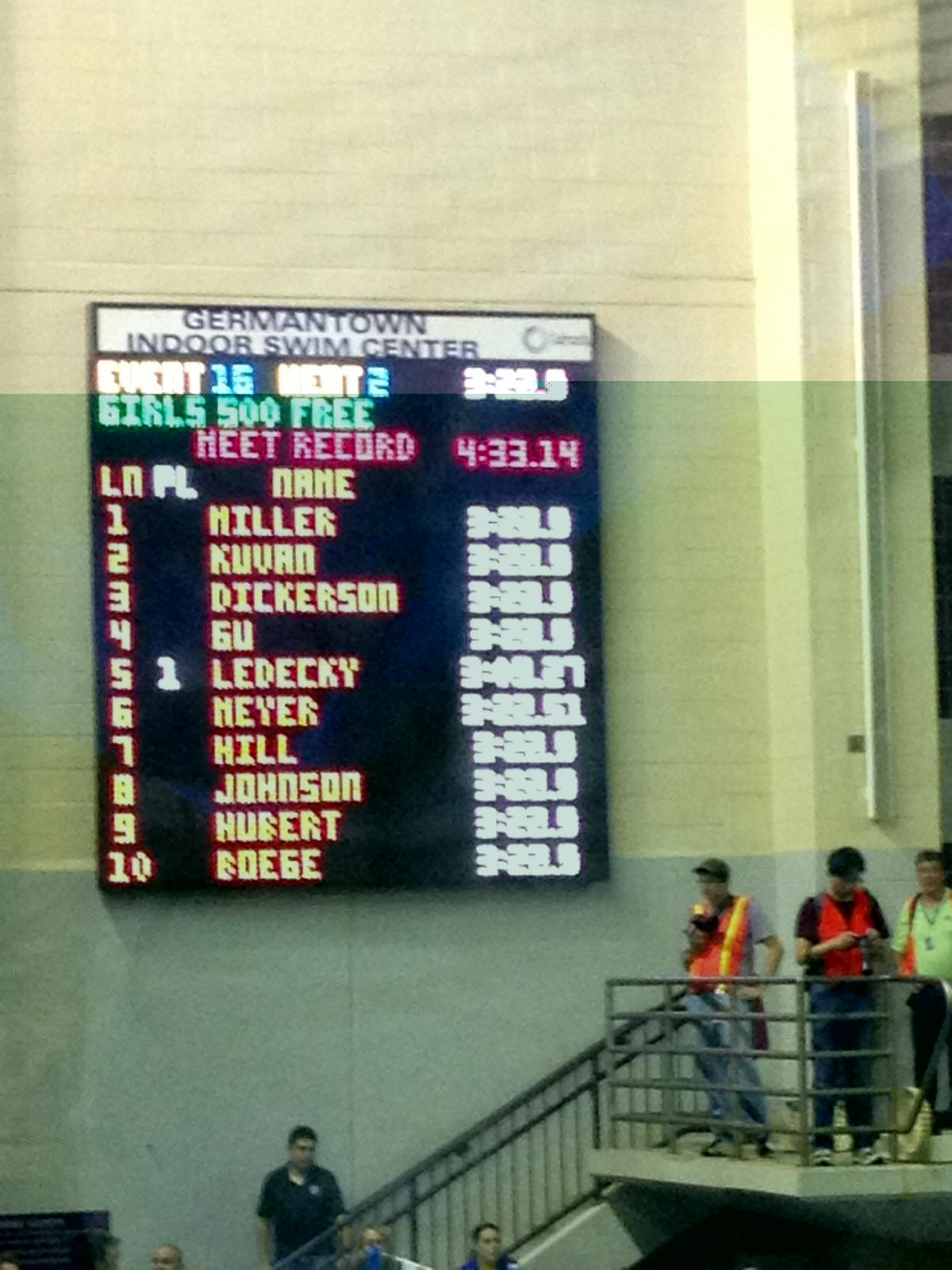 One of the highlights of the finals was Olympic gold medalist Katie Ledecky breaking the women's 500 free and 200 free national high school records, the latter previously held by fellow Olympian Missy Franklin. Good Counsel senior Jack Conger also broke two records, one for his 100-yard freestyle split and then for the men's 500 free.

Co-coach Kelly Crowder was excited that the Blair team got the opportunity to see Ledecky and Conger compete. "To have our kids watch them and learn from them was good. It was insanely cool," Crowder said.

Another highlight was senior co-captain Jack Foster, who swam in four events, receiving all-American for the 200 Individual Medley (IM). "It was really relieving to get all-American," Foster said. "I came close last year and I knew I could do it. I just had to trust my training."

According to Foster, the Blazers performed much better as a team than they did last year. "Last year, we had a few awesome swims from a few people," Foster said. "This year, it was much more of a team effort." 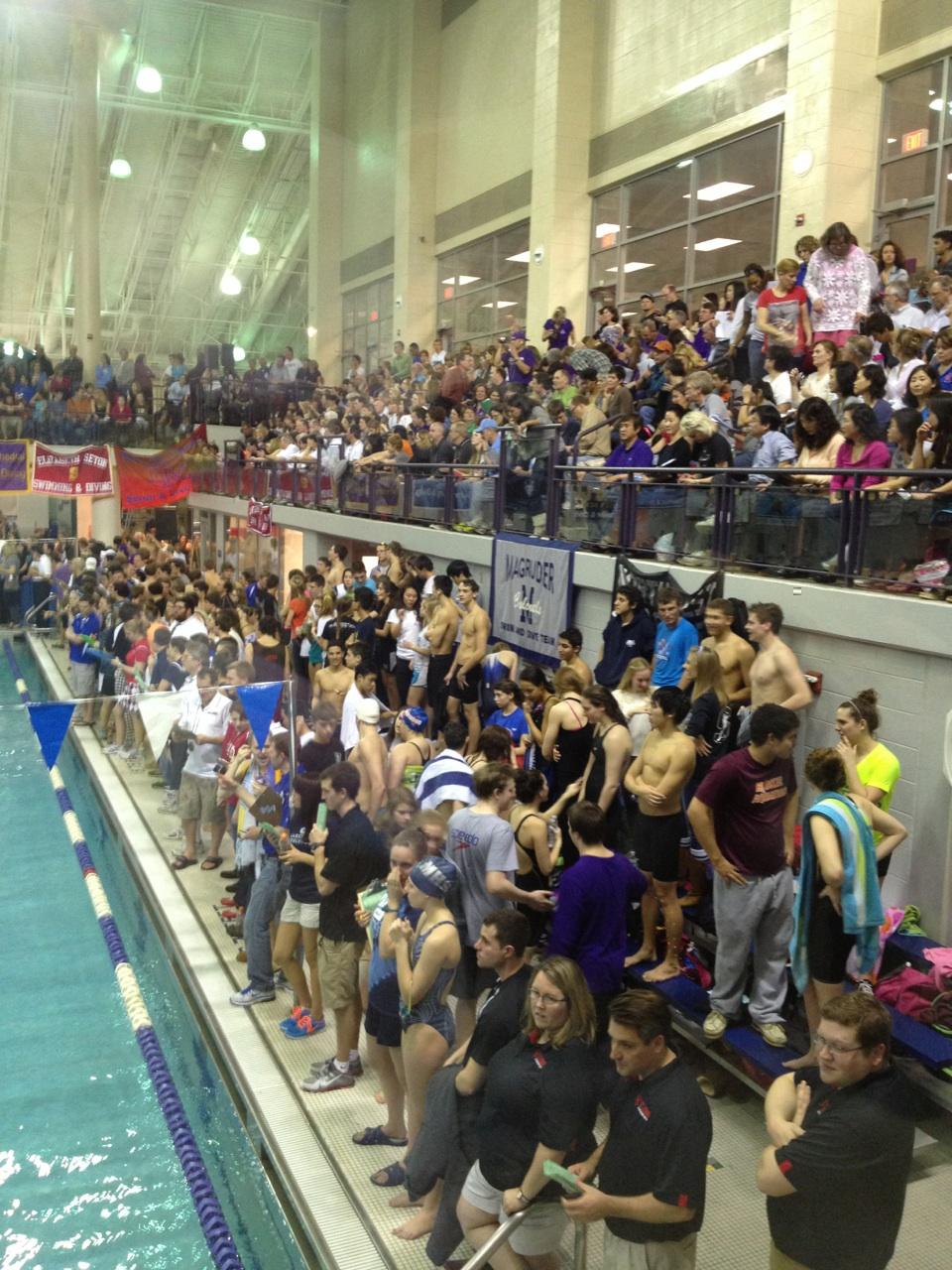 Crowder stated that she was especially proud of her team, since many performed well despite feeling under the weather. "They all did so great. We had a lot of swimmers feeling sick tonight, but their teammates were here pumping them up and helping them out, so that was good to see," Crowder said.

Senior co-captain Emily Lathrop attributed her fast times in four of the events to the capacity crowd filling the swim center. "I dropped time in everything. Everyone was so excited. There was a lot of yelling and screaming," Lathrop said.

Individuals from the team will compete at Regionals at the Prince George's Sports and Learning Complex Saturday, Feb. 16, which will be a qualifier event for States.