Blair swim flies through the first home meet of the season

Boys and Girls Swim and Dive win 242 - 126 against Northwest

Blair’s Varsity Boys and Girls Swim and Dive team triumphed over Northwest scoring 242 - 126 across all events in the unusually hot Kennedy Shriver Aquatic Center in Rockville. Despite the uncomfortable temperature, spirits were high among the well-seasoned team as they dominated the majority of events held at the meet.

Kicking off with diving, both teams clashed in and out of the water. With each dive, the respective team seemed to cheer louder and louder until the conclusion of the event, leaving the Blazer boys ahead by seven points and the girls ahead by five points. 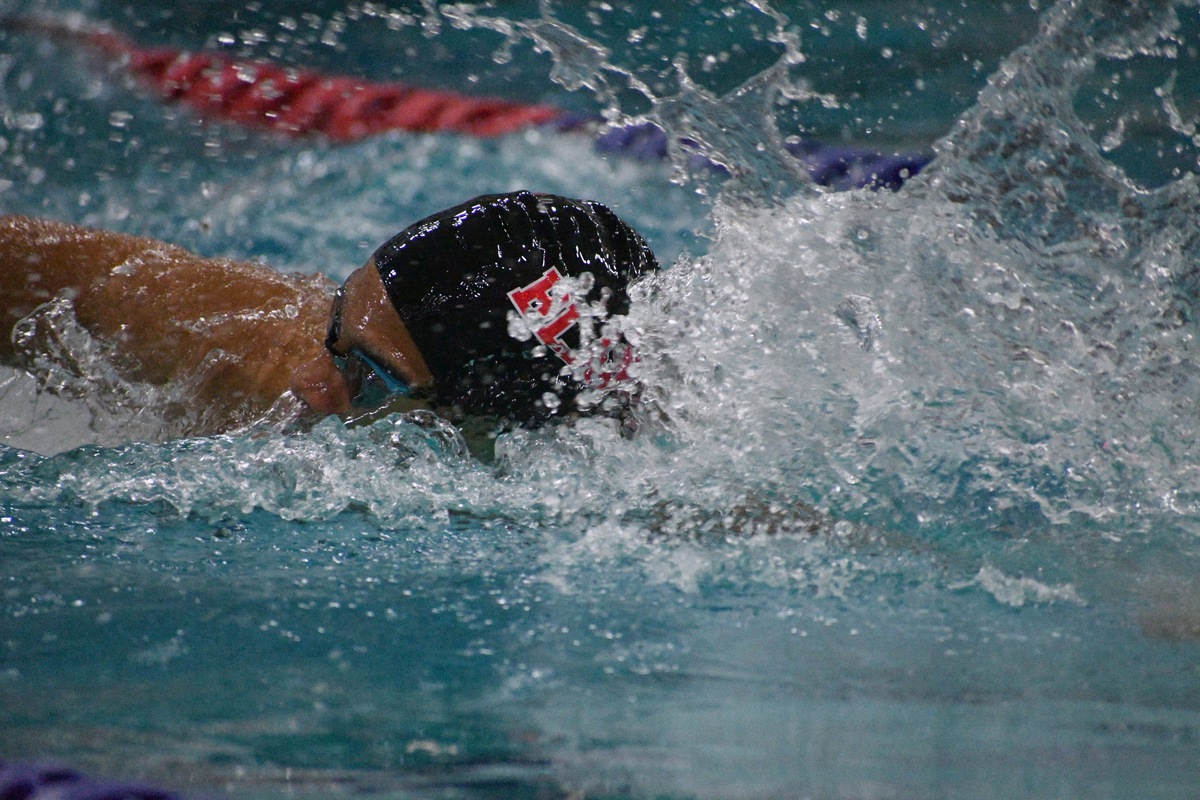 Blair moved on to capitalize in the freestyle relay, claiming all top positions for the boys, while securing first and third place for the girls in the respective heats. The two Blair halves continued to dominate in the 100-yard butterfly with both boys and girls placing at the top of the leaderboard.

To the surprise of many onlookers, junior Joshua Frost zipped past his teammates and the Northwest competition from lane seven in the boy’s 50-yard freestyle heat, claiming first place. “Right when I dove in I tried to go as fast as I could. After taking my first breath, I felt another burst of energy.” He said. “When you’re in an end lane you’re always trying to prove you’re better. You have something to work for.”

The 500-yard freestyle tested the stamina of both teams, but the Blazers pushed through once again, placing 1st and 3rd across the boys. Streamlining past the Jaguars in black and white, Leila Faraday and Shannon Lawler - the only two girls participating for the Blazers - claimed both first and second in their heat.

100-yard backstroke brought forwards a new challenge for the Blazers. The boys led their heat finishing 1st and 2nd, but Northwest put up a stronger fight against the girls. After trailing behind the Northwest lead in lane 4, senior Amanda Liu reclaimed the 1st position coming out on top at the conclusion of the race.

Northwest pushed back in the 100-yard breaststroke heats, clinching the first position for both the boys and girls events. Despite these defeats, the Blazers ended the meet definitively, shooting past the Northwest in the 400-yard freestyle relay.

Looking back on the meet, coach Kelley Labriola was proud of the boys and girls for their successes and efforts. “ I’m happy with all of the swims. Freshmen swam new things and they gave me 100 percent all of the way. The boys swam as expected, and though it was pretty close on the girl’s side, divers helped us pull through.”