Blair swim team has success in Metropolitan and State Championships

Blair's best swimmers represented the team well in the Metropolitan Interscholastic Swimming and Diving Championships (Metros) and the Maryland state championships. The girls team finished in fifth place overall, while the boys finished in thirteenth. Junior Madison Waechter set the state record in the 500 freestyle and sophomore Hannah Kanan set the state record in the 100 butterfly. 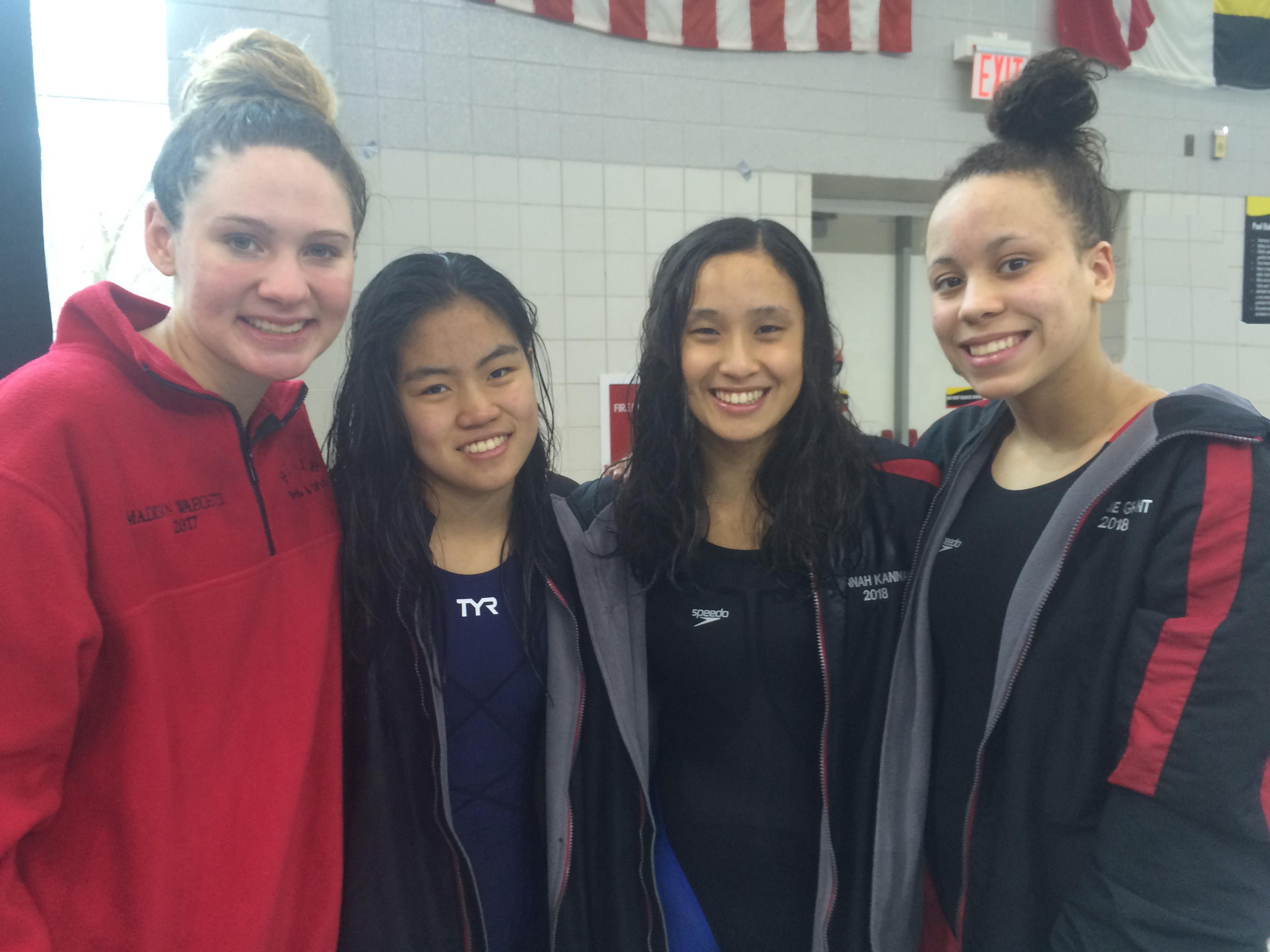 Photo: The Girls 200 free relay team had a tremendous season.

Photo: The Girls 200 free relay team had a tremendous season.

Waechter was dominant at both Metros and the State championships, winning both the 200 and 500 freestyle at Metros before setting her state record only a week later. In the 200 freestyle at the state championships, Waechter finished second and sophomore Sammie Grant finished third. Meanwhile, the girls' 200 free relay team placed second at states. The girls' team as a whole finished fourth at Metros and fifth at states.

On the boys' side, junior Thomas Brown de Colstoun placed sixth in the state championship in the 100 backstroke. He also finished ninth in the 50 freestyle. Senior Teague Sauter finished 8th in the 100 breaststroke. The boys' team as a whole finished thirteenth at states.

While both Metros and the State Championships are huge events for these swimmers, both Brown de Colstoun and Waechter agreed that Metros had more importance to them. "Metros is public schools and private schools so it's like all the DC like metropolitan area private schools and public schools, so there's a lot more competition. Last year Katie Ledecky was here and I got to race her, because she goes to private school. So I wasn't able to do that at states,” Waechter said.

"It's just a great big atmosphere. There's a lot of people there, so it's a lot easier to get hyped up for your race at Metros than at States,” Brown de Colstoun said.

Both of Waechter's wins at Metros followed Ledecky's wins in 2015 in the same events. When the two competed against each other, Waechter was the only one in the pool who didn't get lapped. "I'm pretty sure she set the American record when I was swimming next to her, she's crazy,” Waechter said, "I'm not as nervous when I know I'm going to race her because I know she's going to win, which I know sounds bad. But when I dive in it's just like ‘Oh, there she goes, nothing I can do about it.'”

Despite Brown de Colstoun's success, he was hoping for better finishes in his races. "Personally I feel like I didn't live up to my expectations. But part of that is that I set really high expectations for myself," he said.

The girls' swim team, which had a strong season and impressive finishes at Metros and States, outperformed the boys' team this season. Waechter and Brown de Colstoun are excited for the improvement on their teams next season. "I think that we can probably move back up into the first division. I know that there's at least a couple freshman coming that actually swim at my club site and they're really good swimmers,” Colstoun said.

"We're graduating a few girls, like Emma Moore, who were big contributors to the team, but we're not losing a concerning amount of girls, and a lot of our team is really young. We have a lot of sophomores that are really fast like Hanna Kannan, so I think we're going to be just as good if not better next year,” Waechter said. 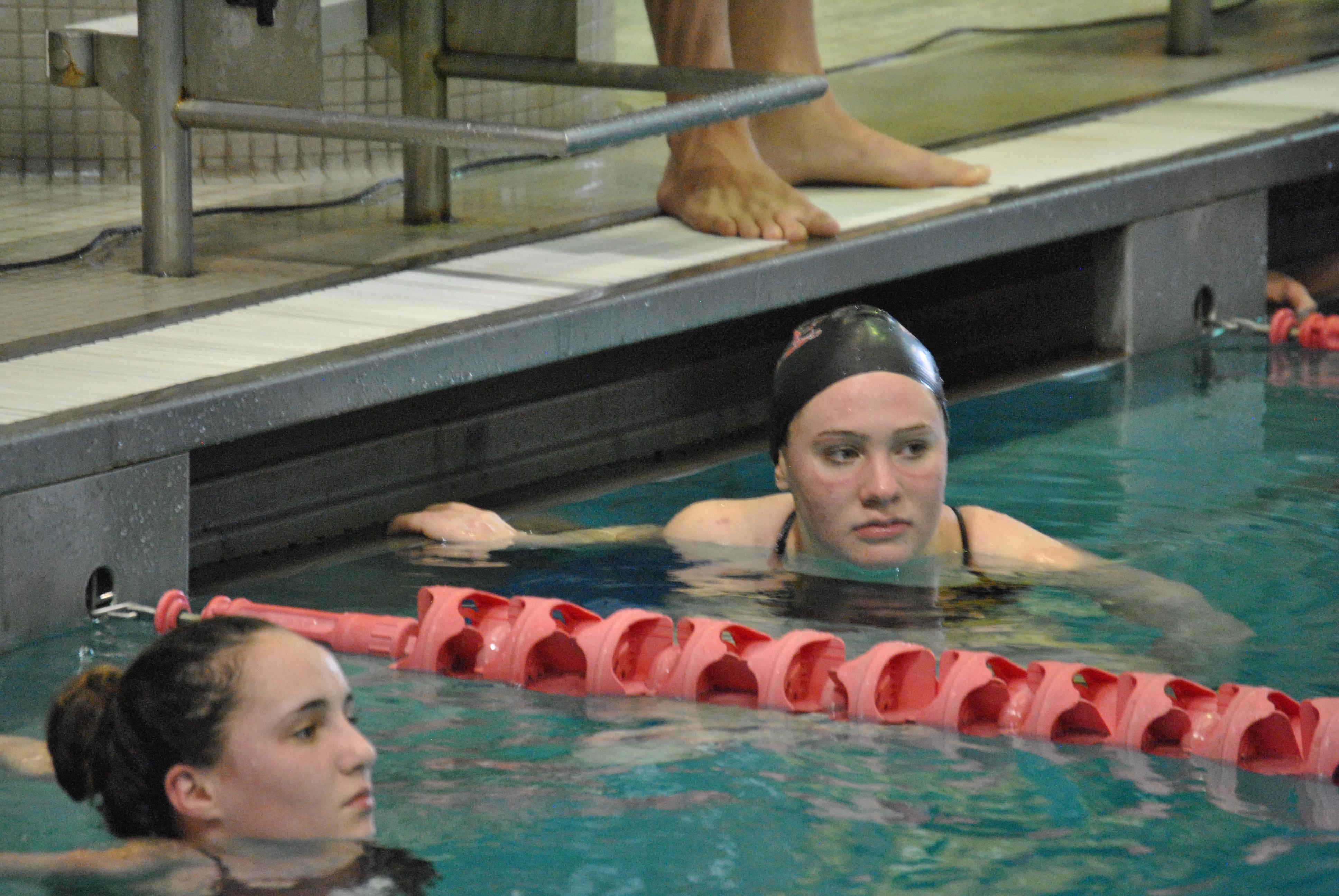 Both Waechter and Brown de Coulston have hopes of swimming in college at Division One schools. While both are only juniors, they have received interest from several schools. "It's pretty stressful and overwhelming, but I'm taking it one step at a time,” Waechter said.