Blair Theatre's "The Canterbury Tales" gives us many laughs

The May 9 edition of Blair theatre's "The Canterbury Tales" was a fun filled show that successfully overcame some technical difficulties in order to produce tons of laughs. The Blair students performed an adaptation of Geoffrey Chaucer's play, "The Canterbury Tales," from the 1300s. This rendition was directed by Kelly O'Connor and some students from her advanced theatre classes. O'Connor's version of the script was in fact recently performed by a school in Canterbury, England. 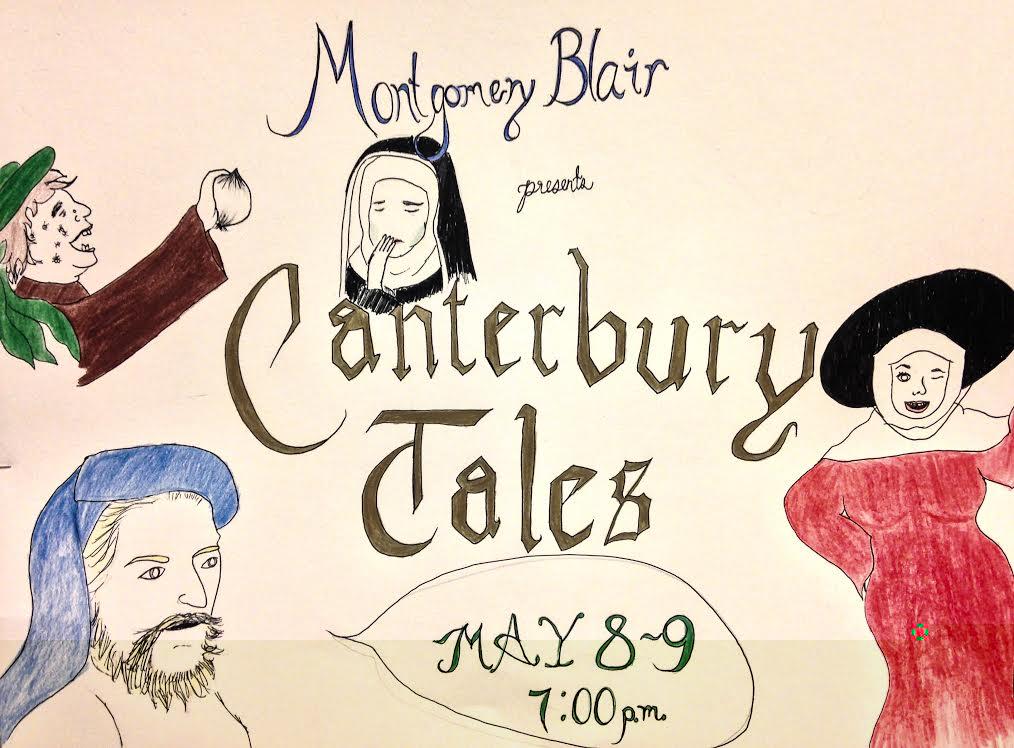 The play takes place in England in the Middle Ages where a host (Dana Cook) judges a story telling competition. One by one, characters big and small come to the forefront to tell their outlandish stories, which were then taken over by teams of actors and actresses. The stories covered a range of characters and scenes, from gangs infighting, to commoners stealing people's wives, to birds practicing polygamy. One particularly unique scene was the knight's (Langston Cotman) search to find the answer to the question of "What do women most desire?"

Because the play involves the telling of many unrelated stories, each director had the opportunity to truly make each story his or her own. One of the highlights in particular included the "Reeve's Tale," which was made into a silent film with speech written on a projector with piano played in the background. Another highlight was the plot twist in "Chaucer's Tale of Sir Topaze," which was written about baseball instead of the original idea - an actual duel with swords.

Because the show's cast was split amongst several class periods of Kelly O'Connor's drama classes, they only had one full rehearsal. These difficult circumstances were addressed by O'Connor at the beginning, and some issues like lines being whispered were evident every now and then. Despite the seemingly choppy plot of the play, one thing was constant throughout: laughter. There was a scene in which gangsters broke out into dance that set the tone early, and the laughter simply never let up. It reached a climax when the Knight was desperately searching for the answer to his question and then after interrogating everybody in the town, went to the audience for help. He suddenly called out the head of the English department Vicki Adamson and asked, "What is it that women most desire?" to which she responded, "A walk-in closet," sending the audience into a frenzy of laughter.

The play also included great dancing and combat scenes choreographed by senior Vera Belaia, freshman Sylvie Weissman and sophomore Heather Democker, like the fight between the Chanticleer (Lucy Glenshaw) and the Fox (Heather Democker) that saw them face off for the hand of the lovely Pertelotte (Sarika Ramaswamy) in "The Nun's Priest Tale."

Overall it was not the smoothest production in the world but definitely one worth seeing if you're interested in entertaining comedic theatre.