Senior night against Clarksburg makes it to the eleventh

The Blair Blazers (10-7) beat the Clarksburg Coyotes (10-6) 3-2 in extra innings on Monday night after an extended absence from the field due to heavy rain. Strong pitching by both teams coupled with good infield play kept the score low despite the game lasting eleven innings. Clarksburg's numerous errors and walks in the final inning gave the Blazers the opportunity to take home a win on senior night.

The game opened with a Clarksburg fly ball off of senior starting pitcher Noah Buchholz. The ball flew several feet foul over the fence, but was caught by junior first baseman Raffa Kanner's reaching glove. Kanner's play was to be one of the many amazing defensive moments of the game. Buchholz ended the inning by walking and striking out the next two batters, respectively. 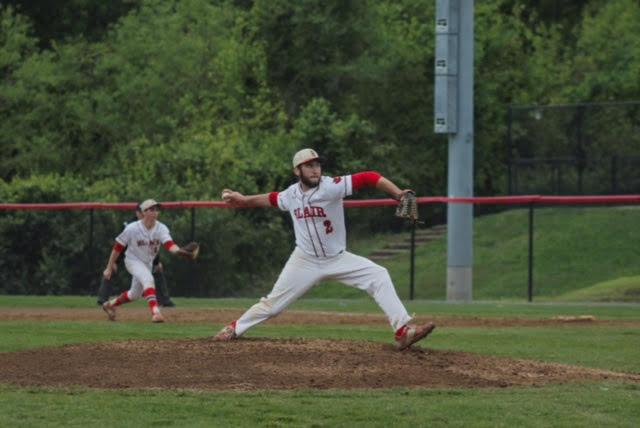 Blair's first at bat was similarly uneventful. Three Blazers stepped up to the plate, and the results were two groundouts and a flyout. The next three innings were marked by a lack of offensive execution and superb defense. Buchholz struck out another batter in the fourth, and the only Blair hit was a single by Maher in the second. According to Buchholz, the team's area of weakness throughout the game was on offense. "We still really need to work on executing plays, getting players around the bases, essentially just scoring runs," explains Buchholz.

Play started to open up for both teams in the fifth inning. A Clarksburg double with two outs put a runner in scoring position, and he was knocked home by a short outfield single to put the Coyotes up by one. Blair retaliated with a double by Maher and a single by sophomore left fielder Henry Wiebe, but both runners were picked off while stealing. 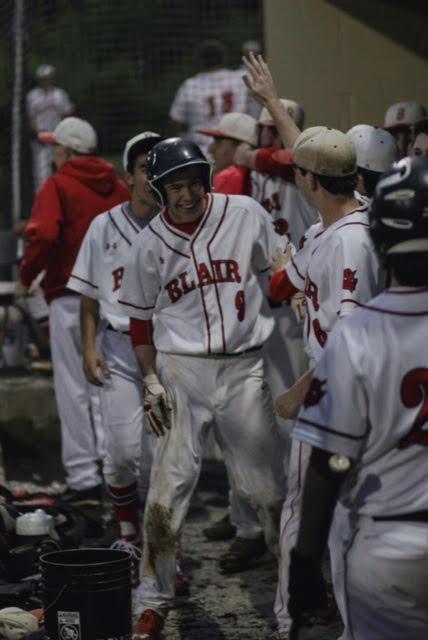 Photo: Senior Joe Maher had a huge senior night, collecting a couple clutch hits and dropping down a safety squeeze.

Photo: Senior Joe Maher had a huge senior night, collecting a couple clutch hits and dropping down a safety squeeze.

With Blair's usual hitters gone cold for the night, head coach Eric Zolkiewicz resorted to a more conservative hitting style. Zolkiewicz signaled for a bunt nearly every time when there were runners on base, hoping to advance the runner and force Clarksburg into making tough in-field defense.

The sixth inning again lacked the action the game demanded for both the teams and the fans in attendance. Blair and Clarksburg each got a single, but both runners were left stranded. The seventh saw a pitching change for the Blazers, sending out senior Bobby Pfefferle, who struck out one and allowed a single hit in his first inning up. In the bottom of the seventh, it was do or die for the Blazers, and junior catcher Ryan Bratton did what was necessary by walking his way to first. A Clarksburg balk and a sensational suicide squeeze bunt by Maher allowed Bratton home, sending the game into extra innings.

Both teams were much more efficient at the plate late in the game. Two strikeouts and a critical run-saving play by Bratton at home plate ended Clarksburg's eighth. Half an inning later and Blair once again stranded two runners on base. Clarksburg got a runner on in the tenth, who managed to steal his way around the bases and put his team up 2-1. But Pfefferle opened the inning with a stand-up triple, and was sent home by Bratton's sacrifice fly out. 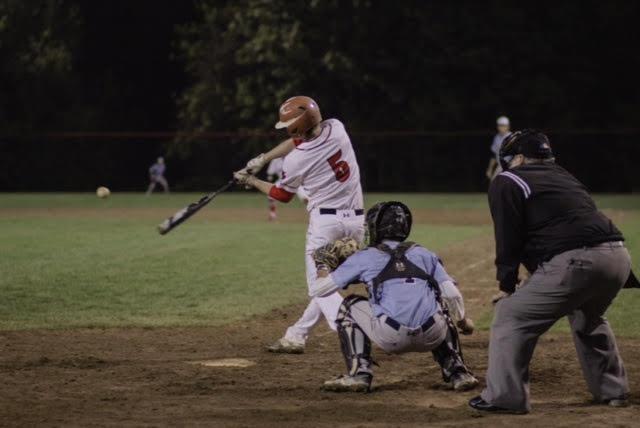 Photo: Senior Bobby Pfefferle starts off the bottom of the 10th with a triple.

Photo: Senior Bobby Pfefferle starts off the bottom of the 10th with a triple.

Sophomore Joey Merrill struck out another batter in the eleventh, and Clarksburg went three and out. Wiebe opened the Blazers' half of the inning with a single, and poor pitching by Clarksburg allowed him to round the bases on three consecutive walks, signaling a Blair victory, 3-2. 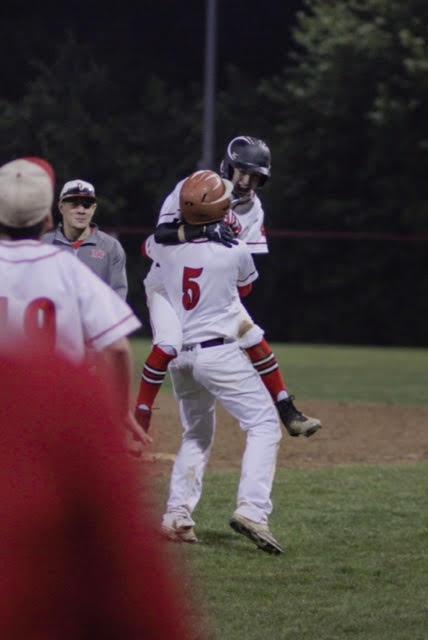 Blair's pitching shined throughout the game, with three Blazers combining for a total of nine strikeouts and only three walks. According to Pfefferle, it was the standout element of his team's performance. "We pitched really well. We held them to only two runs in eleven innings, which is phenomenal. Our pitching has been great all season," said Pfefferle.

Moving forward, Blair hopes to win games without needing to go into extra innings. According to Maher, the team's execution at bat was lackluster throughout the night."Throughout the game we had a lot of chances to win it, but we were leaving runners stranded or we weren't getting a bunt down, and that stuff is important, especially in an eleven inning game," explained Maher. The Blazers hope to continue their winning ways in the playoffs, as they host the Richard Montgomery Rockets (2-14) on Friday night at home.

Bobby Pfefferle is the Sports Editor for Silver Chips Online