The Blazers are still undefeated after beating the Colonels 68-24

Blair's Varsity Girls' Basketball team (3-0) dominated the court with a 68-24 victory over the Magruder Colonels (0-3) on Friday night.

Though they lost the tip-off, the girls started the night off strong with junior caption and guard-forward Peyton Martin scoring the first four points. Magruder’s defense, though aggressive, did not rattle Blair. The Blazers’ strong communication and teamwork allowed them to rapidly shoot and score. Every player that stepped out onto the court made a basket, with junior guard Kate Hildebrant, senior guard Zoe Abramson, and freshman guard Amelia Martin taking the lead. Abramson played tough defense, consistently driving Magruder players out of bounds. With the exception of a few shaky passes and shots, the Blazers were unstoppable; the second quarter ended 38-8 in Blair’s favor. 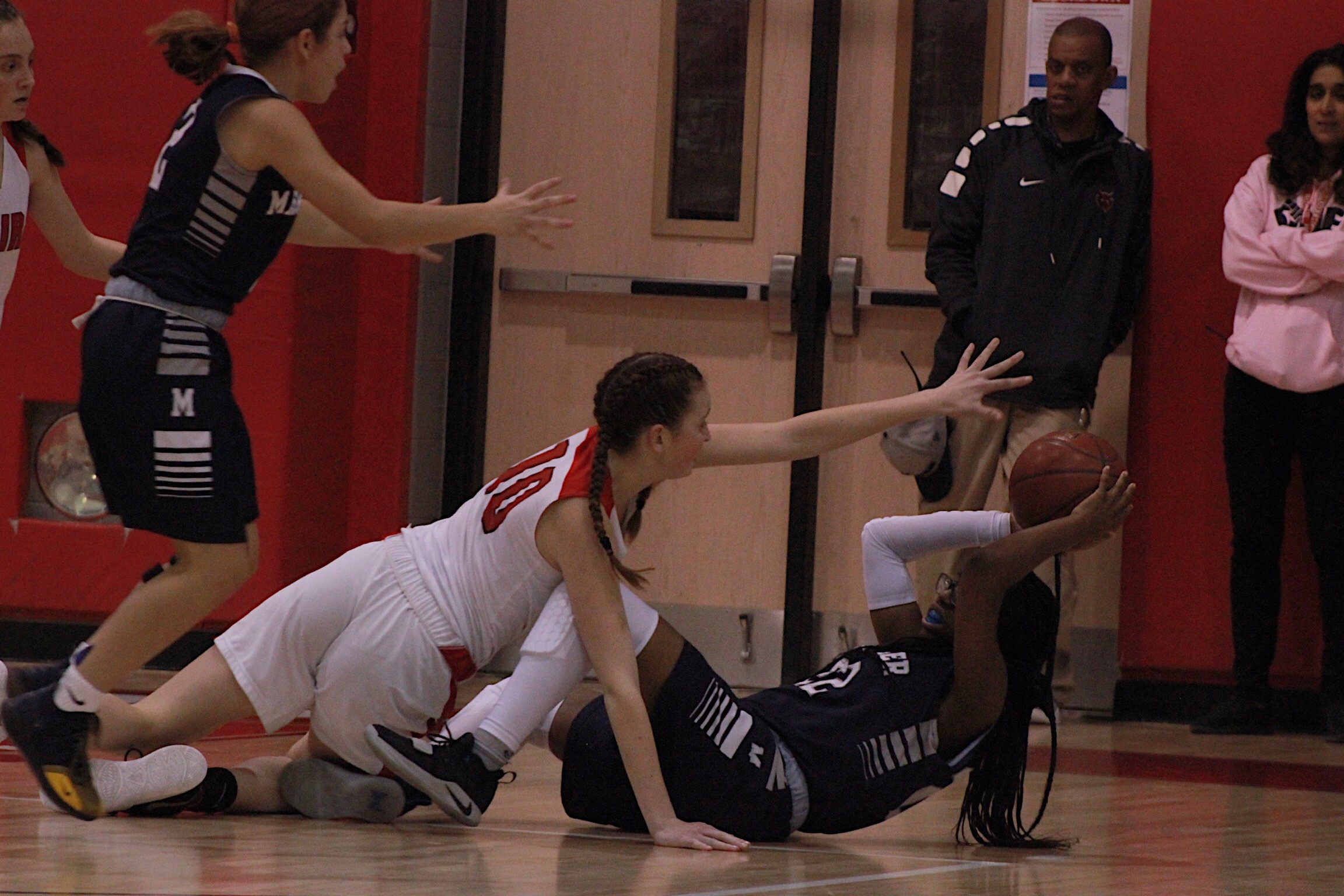 After halftime, the Colonels were determined to make a comeback, relentlessly pushing through the Blazers and scoring eight points in a row. The Blazers fell on the court numerous times, but the girls rapidly picked themselves up each time and continued playing with smiles on their faces. Despite Magruder’s best efforts, Blair widened the gap in the score as the game continued on to the fourth quarter, where every player on the court contributed to the increasing score by making shot after shot. The game ended with the Blazers winning 68-24.

The Blazers showed immense technique throughout the game.. “I could’ve had better defense and less fouls, but I think when I was going to the basket I went hard,” Hildebrant said.

The wide score gap enabled the team to try out and perfect several different plays. “We were up by a lot most of the game but it was good practice for us because we’re up against [Quince Orchard] on Monday; it was a good opportunity for us to run a lot of different plays and stuff,” Hildebrant said.

Abramson included that the team needs to keep calm when passing. “We need to make sure we’re not throwing the ball to the other team. Sometimes we get too eager to go and score right away; we have 30 seconds on the shot clock to find a good shot,” Abramson said, regarding some of the rougher plays.

Overall, the night was a success. “We all hustled a lot and there was good positivity on the court. It was fun. It was a fun game to play in,” Hildebrant concluded.

The Blazers will play their next home game on Friday, January 3rd against the Northwood Gladiators at 7:15 p.m.