Blair’s Varsity Girls’ Basketball team (9-2) lost to the Paint Branch Panthers (9-1) in a tough game on Friday night. The Panthers put on an incredible showing offensively and the Blazers were unable to catch up.

Tensions were high as the Panthers started the game by winning the tip-off and scoring seven points within the first 39 seconds. Unstable and caught off guard, the Blazers struggled to make baskets and keep control of the ball during their possessions. Paint Branch made 15 successful steals and pushed Blair to 25 turnovers in the entire game. Blair could not compensate, as their defense could only pull-off nine steals and 18 turnovers. 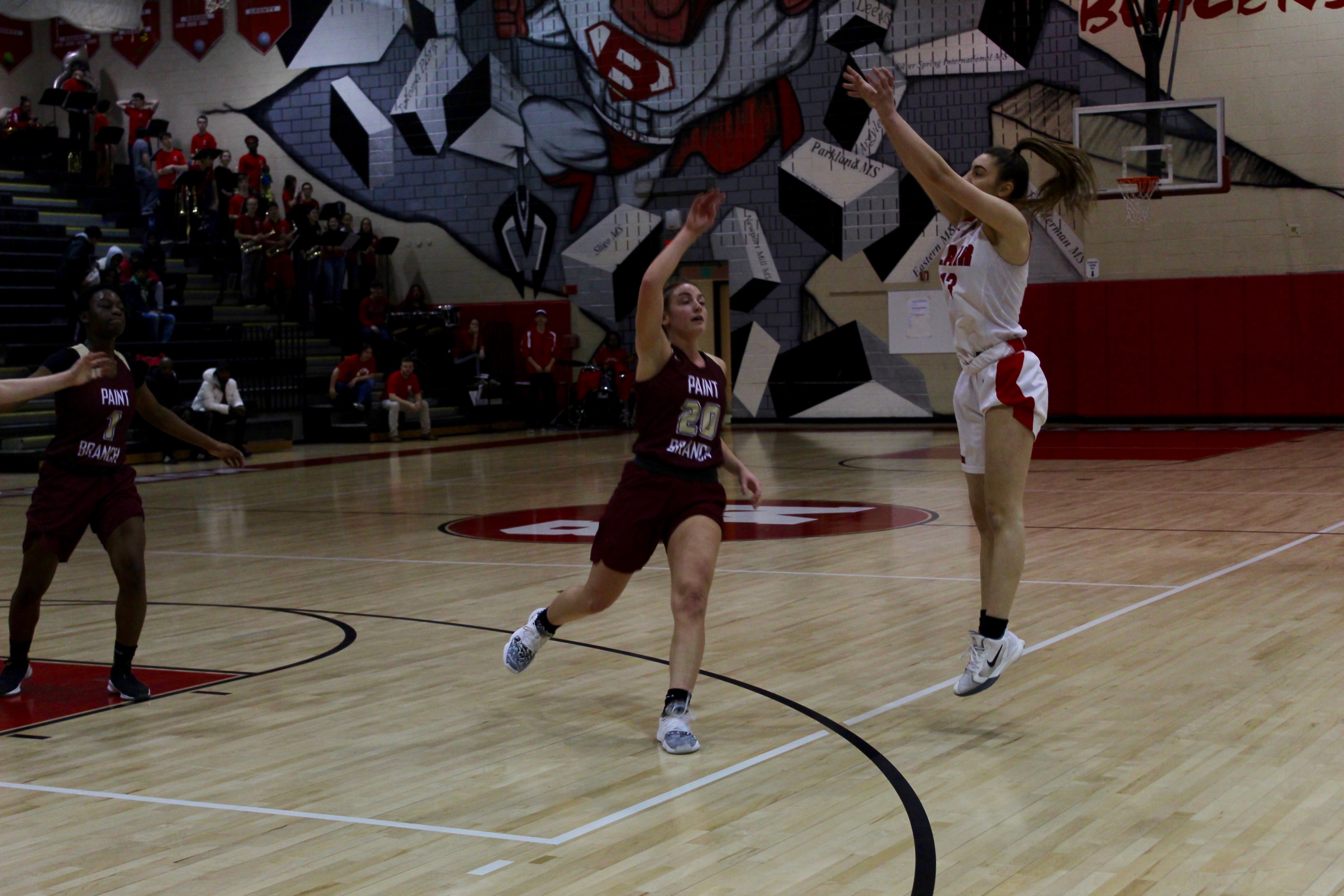 As the game progressed, Paint Branch continued to make baskets while Blair stayed hot on their heels and maintained their high spirits. While on the bench, junior forward Elise Haverland could be heard loudly cheering her teammates on throughout the entire game. “I think that [spirit] is a really big component of the game. If the entire gym is silent and we’re losing, then everybody is going to be down... If you have somebody from the bench being like, ‘Yeah go! You got it,’ it gives you that much more confidence,” Haverland said.

Freshman guard Amelia Martin led the team in aggressive defense with three deflections and pushed Paint Branch to five turnovers over the course of the game. With a two-pointer and subsequent three-pointer by junior guard Kate Hildebrandt, Blair managed to close the score gap to 43-39 by the seventh minute of the fourth quarter. However, lack of offensive success ultimately led to Blair’s defeat. The Panthers made an impressive amount of three-pointers, while Blazers struggled to make lay-ups and lost the ball numerous times as a result of hasty passes. The night ended with a 45-39 defeat for Blair.

Despite their loss, Blazers acknowledged that the game was fun due to the aggression that both sides put in. Freshman guard Natalie Frost suffered a painful fall at the end of the third quarter, but she returned to the court with even more determination in the fourth quarter. Paint Branch also pushed Hildebrandt to the ground on various occasions. The Panthers were equally passionate, keeping fierce possession of the ball no matter what position they were in. “I think [aggression] impacts the game a lot. Then, everyone is going for the ball -- diving for the ball -- and it makes the refs second guess their calls; it makes it more fun. It’s definitely a good game when it’s aggressive,” Hildebrandt said.

The Blazers will play their next home game on Tuesday, January 28th against the Sherwood Warriors at 7:15 p.m.