The Blazers’ consistency pays off in a strong win

On April 2, the Blazers claimed a clear victory against Einstein’s Titans with a score of 12-6.

The Blazers started off strong. In the top of the first inning, the Blazers’ defense shined and stopped the Titans from scoring a single run. The Blazers’ offense continued the dominance: within 15 minutes, the Blazers scored six runs, completely leaving Einstein totally in the dust with a score of 6-0. 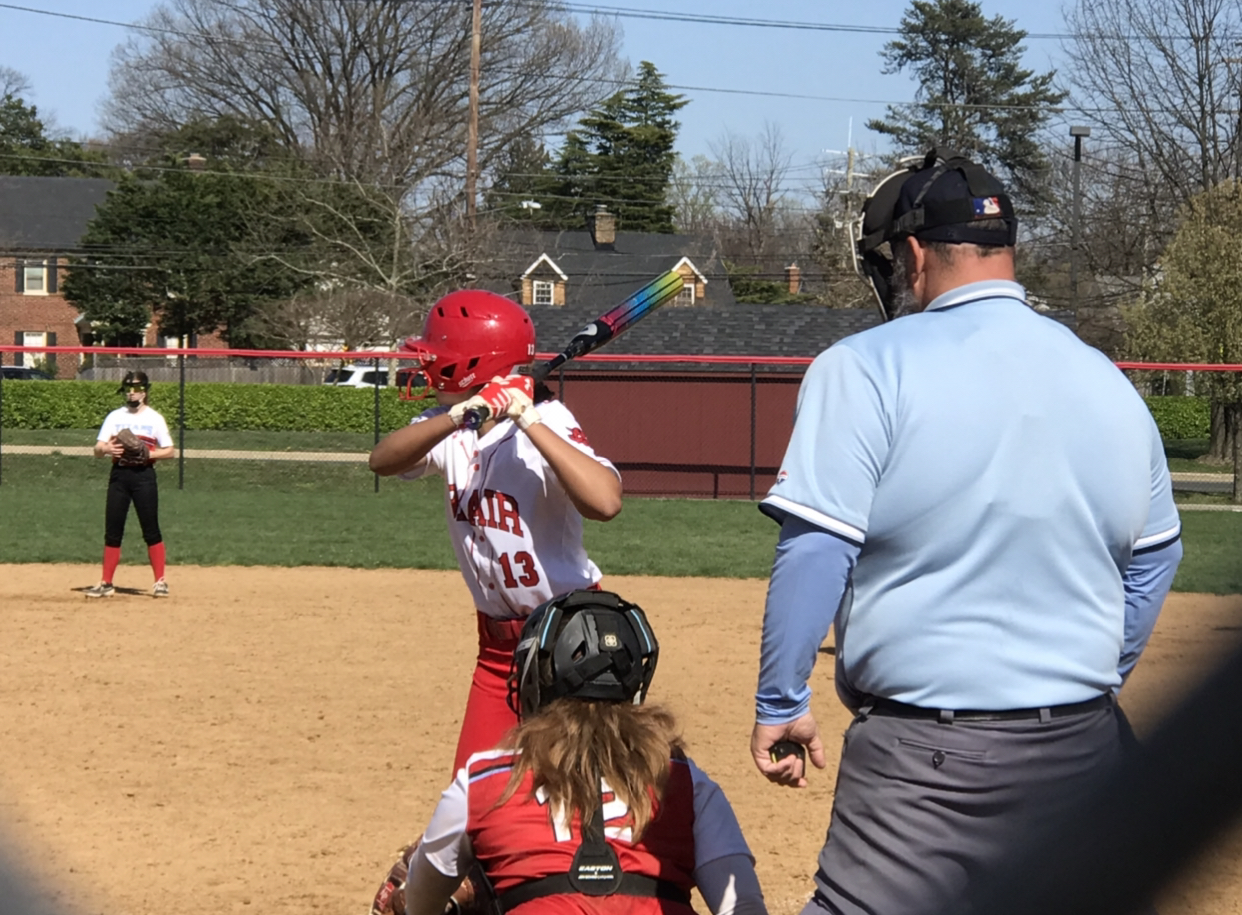 Photo: The Blazers had a clear victory over the Titans.

Photo: The Blazers had a clear victory over the Titans. Photo courtesy of Kathereen Yang.

Although the Blazers’ offense slowed during the second and third inning, only scoring one run, the Blazers’ lead from the first inning remained insurmountable for the Titans and kept the Blair crowd cheering.

During the fourth and fifth innings, the Blazers’ defense maintained their consistency. The Blazers ended the tops of both innings quickly, refusing to let the Titans score even a single run. The offense also recovered from the previous two innings, despite stronger defensive play from the Titans. In these two innings the Blazers scored five runs, bringing the score up to 12-3.

The Blazers also prevented the Titans from scoring any runs in the top of the sixth inning. However, the Blazers offense appeared to halt, scoring no runs during the bottom of the sixth.

During the seventh inning, the Titans managed to score three hard-earned runs, but it didn’t matter. The Blazers’ lead was too much, and the game concluded with a score of 12-6.

Blair captain Olivia Schulz points out that the Blazers’ strong lead from the beginning wasn’t the only defining moment of this game— their persistence throughout the game was also significant. “We came out of the gate really strong… We had a couple of innings that were kind of rough but we always overcame,” Schulz said.

The Blazers will play their next home game against the Northwood Gladiators at 7 p.m. on April 7.