The Blazers lost to Sherwood in a tight 1-3 game

Though the Blair varsity girls' volleyball team (3-4) played their best, diving for saves and jumping for hits, they were still defeated by Sherwood in a close 1-3 game. The Blazers played one of their most exciting games of the season, as they fought both on the court and off of it for breast cancer research in their 'Dig' Pink event of the night.

Every single point mattered in the first two sets. In the first set, with long rallies and strong defense and offense on both sides, neither team gained a significant lead and the score was consistently even. Both teams called time-outs as set point neared, each vying for the momentum of winning the first set, and Sherwood ultimately won 23-25.

The second set was just as close as the first. Towards the beginning of the first set, Sherwood gained points in quick succession, as the Blazers were adjusting to their playstyle. Coach Earle called two time-outs relatively early in the set, signaling the Blazers to shake it off and focus on the ball in front of them. The Blazers pulled forward and gained back points lost, but in the end, Sherwood won the second set 19-25.

The Blazers found their groove in the third set, leading Sherwood by a couple of points throughout the set. The Blazers upped their defense and offense with strong blocks and powerful hits by outside hitter senior Emma Weinstein and captain senior Samantha Rodriguez, winning the critical third set 25-22.

The game closed out with the fourth and final set at 21-25, where both teams had strong offensives.

As part of the 'Dig' Pink event, Blair's POMS went onto the court and performed during the game. Coordinated by lead manager, Kimberly Castro, as well as all the parents, coaches and staff, the event also consisted of a bake sale in front of the gym, all of which was part of the fundraiser for breast cancer research. 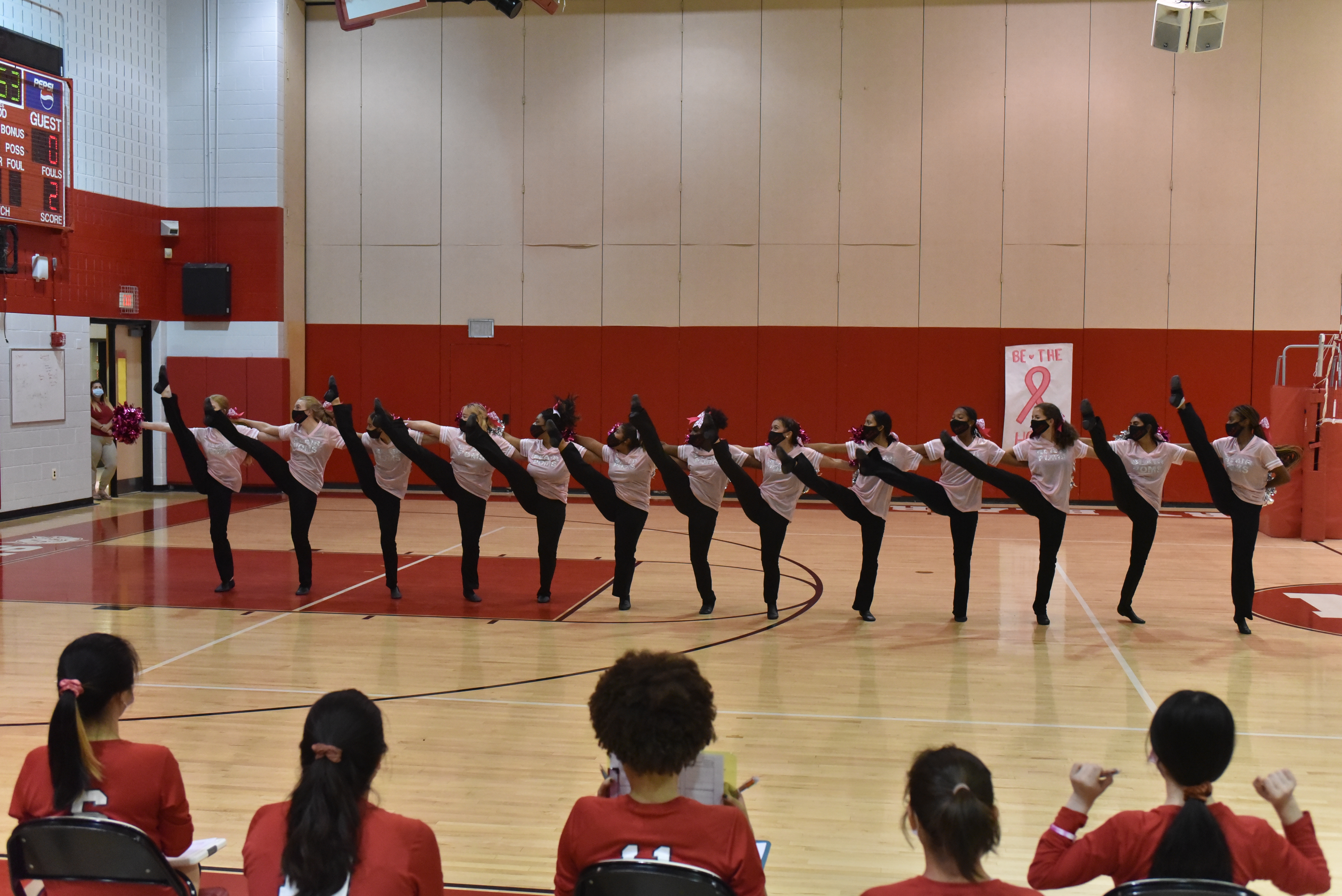 Deanna Earle, coach of the varsity girls' volleyball team, attested to the intensity of the game played. "Our goal is always to play as we practice: high intensity, a lot of fun and just going for it. And we did that tonight, especially so in sets one and four, we were playing our level the whole game, " Earle said.

Sophomore libero Karen Cao echoed the sentiment of the teams' strong performance. '"I felt like we did really well; we played at a really high level, and we were even able to take a set from Sherwood," Cao said.

Earle explained that though the team lost, they still won in her book. "Volleyball is just one of those games where it depends who has the streak at the end, and it turned out that [Sherwood] got to win, but this was a win in my match: we were playing as we practiced. They did everything that they were supposed to do." Earle said.

The Blazers will play their next home game on Monday, Oct. 11 against Wheaton at 4:45 p.m.