The Blazers couldn’t keep up with Churchill’s string finish

The Blair girls’ varsity volleyball team (10-4) fell 3-1 to the Churchill Bulldogs (12-2) on Friday night. While the Blazers were unable to pull off a victory on their senior night, they fought hard for every point and made some amazing plays.

The senior night ceremony was held before the game. Coach Chris Liang announced the seniors individually. There was time for photos and speeches. After a pregame cheer lead by the seniors, the game began. 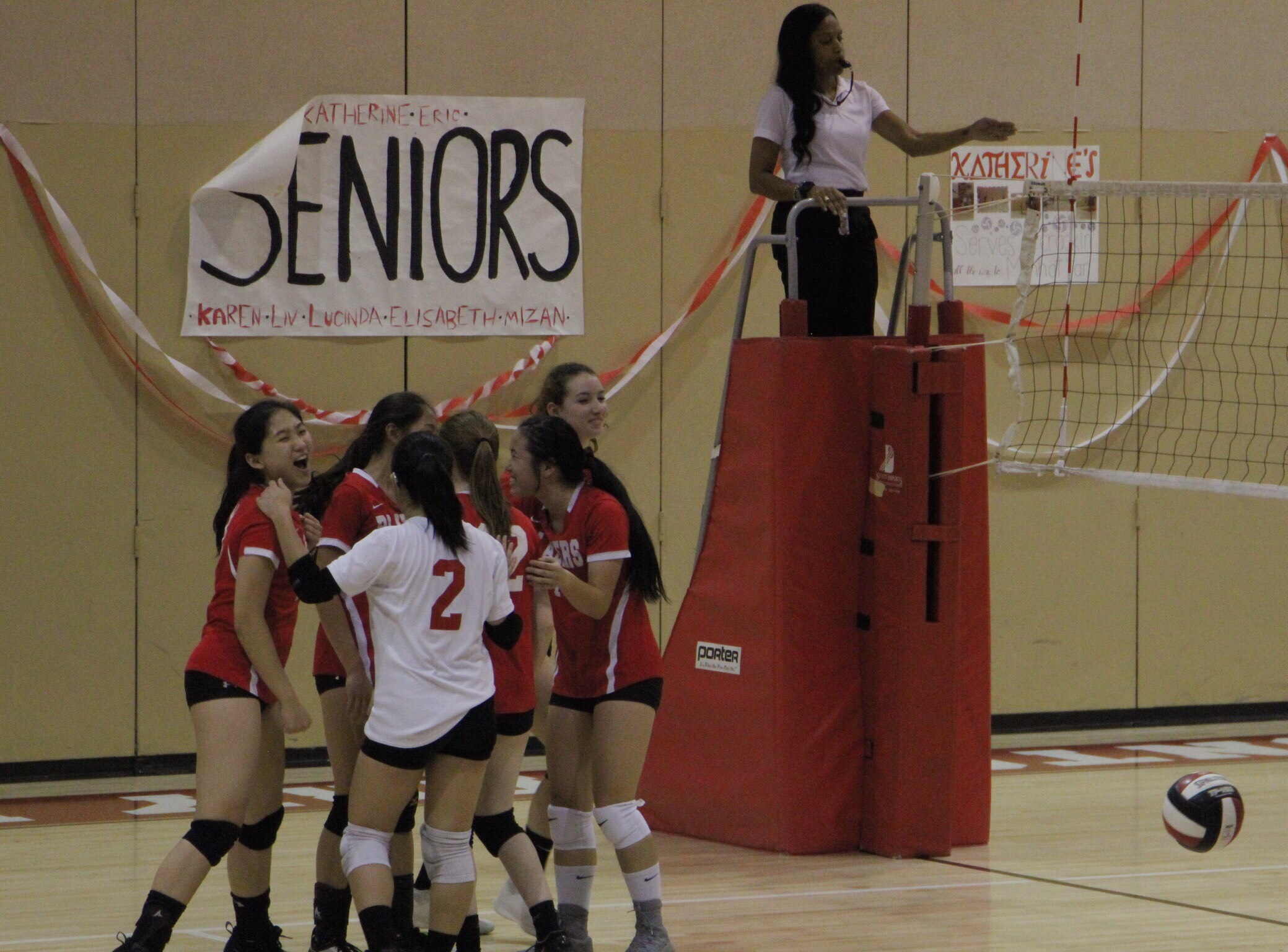 The first set began with contagious energy from the crowd, pummeling the court with rambunctious cheering. The intensity threw Churchill off, and the Blazers started the game with a quick 4-1 lead. Churchill, however, came back with strong blocks and aces to win the set 15-25.

The Blazers started the second set with a 5-1 lead. Senior libero Elisabeth Jang made a well-placed pass that brought Blair up 16-11. Churchill tried to catch up with numerous kills and a timeout late into the set, but the Blazers did not relinquish the lead. Blair won the set 25-16.

In the last two sets, the two teams battled for each point. Crucial kills were made by seniors Karen Yang and Lucinda Zhou. The Blazers showed good movement and communication both within the team and on the court. However, Blair could not overcome the Bulldogs, and lost the sets 15-25 and 16-25.

Although Churchill took away the victory, the Blazers are positive for the playoff season. “We only have things to look forward to from here,” co-captain and senior Olivia Freer said.

The senior night was emotional and the seniors commented on the strong team dynamic. “We love the underclassmen, and we saw the amount of effort they put into our senior night. We’ll do [well] at playoffs, we’re all looking forward to it,” Zhou said.