Administration encourages testing for all students

Blair is joining the larger Montgomery County Public School (MCPS) initiative to increase both the percentage of students taking the SAT Reasoning Test (SAT), as well as the mean SAT combined score of all students. The target score for MCPS students, based on the 2011-2012 County standards, is a 1650 or above. 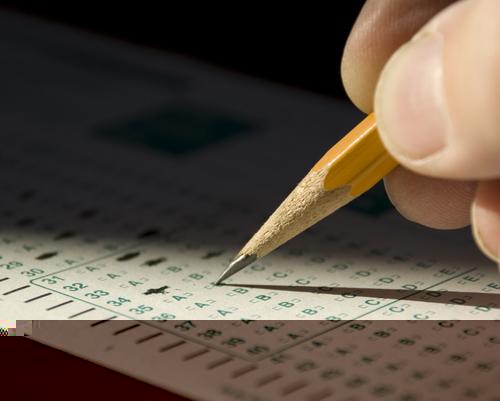 According to the MCPS website, the class of 2011 had an average score of 1637, 137 points above the national average and 145 points above the average scores of Maryland's other counties. Though MCPS students performed above average in 2011, 1637 is a 10 point decrease from the class of 2010's performance, a trend evidenced not only in Maryland but throughout the nation. The county's "Seven Keys to College Readiness" suggests that students should aim to score 13 points higher than last year's average.

Though countywide scores showed a downward trend, Blair as a whole is outperforming MCPS standards. In 2011, 79.7 percent of seniors took the SAT, compared to the 76.1 percent who took it in 2010. Blair's overall test scores exceeded the county's goal by 75 points. According to the MCPS website, the average score for the class of 2012 is 1725. Blair assistant principal Dirk Cauley is a leading member in the school's individual initiative to increase SAT participation. "All students aiming to attend a four year college need to be taking the test. That's why there are so many preparations available," he said.

Though a 1637 is the second highest class score on MCPS record, Blair administration hopes to increase scores for the class of 2012. The school-wide plan to boost scores includes a free SAT boot camp run by the Blair Sports Academy and additional after-school classes offered by Kaplan and Catalyst that will take place at Blair.

Cauley is particularly focused on helping struggling SAT test takers to insure that they are given the same opportunities as their higher scoring peers. "I'm targeting students scoring below 1650 to make sure that they are better prepared to get scholarships and other college opportunities," he said. "If you're not scoring at that level, you aren't positioning yourself to be competitive."

In addition to SAT prep courses offered by outside organizations, Blair's National Honor Society (NHS) has initiated a tutoring program, where students with higher scores can tutor those who need extra assistance. NHS sponsor Jacob Scott believes that student-run tutoring allows students to grasp concepts and contribute to the academic success of the school.

Scott said that professional SAT tutors sometimes explain advanced material in a way that can be difficult for teenagers to understand and believes that having another teen as a tutor can put challenging subjects in language that is simpler and easier to follow. "Students don't mind using more down to earth language when talking about a topic," Scott said.