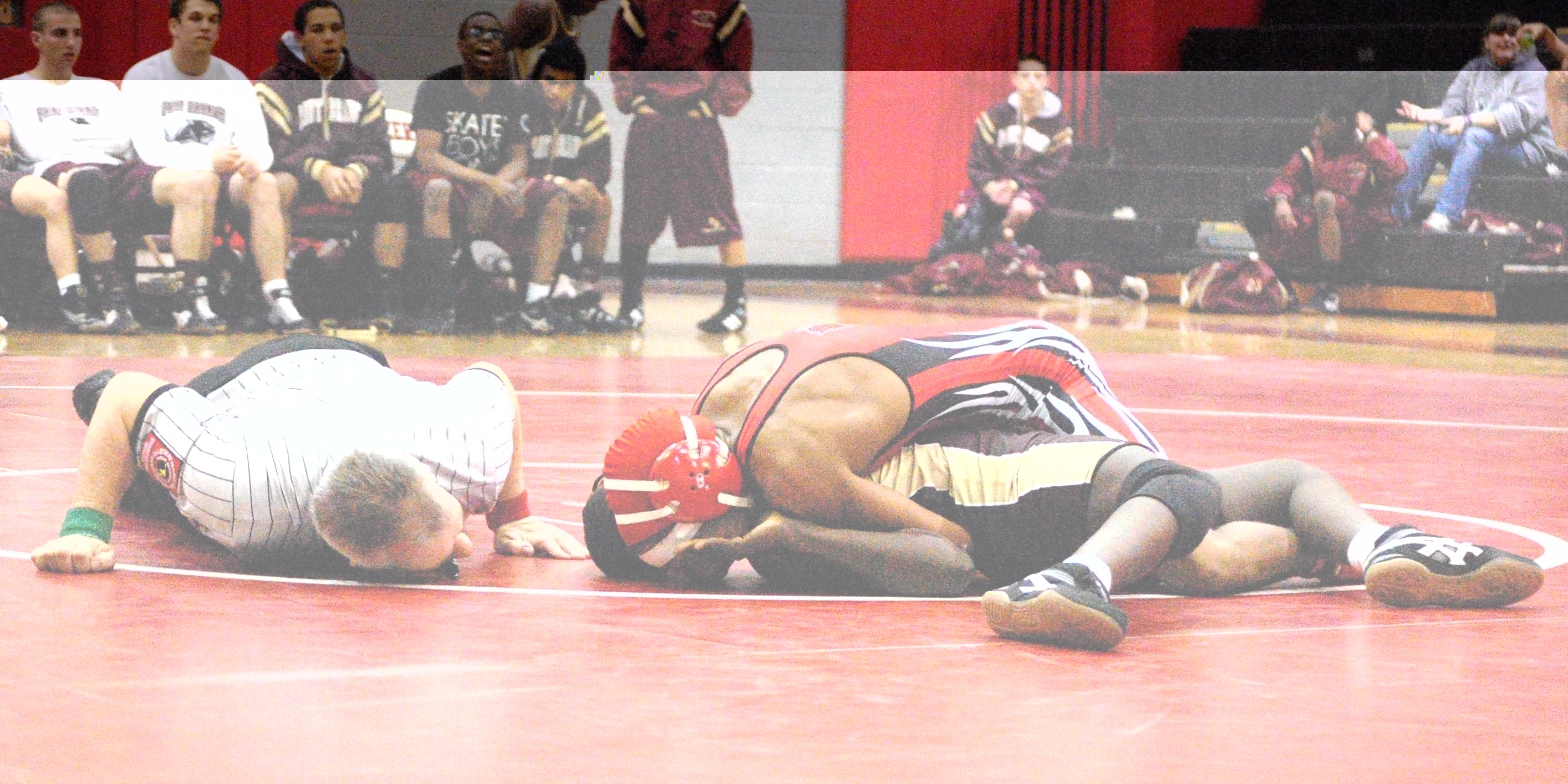 The varsity wrestling team failed to come up with a win on Friday night, falling to the Clarksburg Coyotes 47-22.

Blair started off strong with pins from sophomores Minu-Tshyeto Bidzimou and Yohanes Admasu. Both pinned their competitors with expert skill and strength. Bidzimou put his competition into a headlock in the third period of his match, not allowing his opponent to escape. Admasu maintained his dominance throughout the match, and, finally, he mustered up the energy to twist the Clarksburg wrestler into a half-nelson, pinning him and winning the match.

After these two wins, Clarksburg won all but one other match. Despite the losses, the Blazers fought hard, utilizing what they had worked on in practice to their advantage. "We have really good conditioning," senior Captain Rickey Combs said. "Usually it's the other guys who are running out of gas by the end."

During the last match of the night, senior David Chow whipped out a risky and technical move, which ultimately played to his advantage. Chow tore his opponent to the ground and, despite the flailing and squirming of his opponent, Chow stayed strong and held the Coyote to the mat. Within about 40 seconds, Chow had pinned his opponent and won the match. 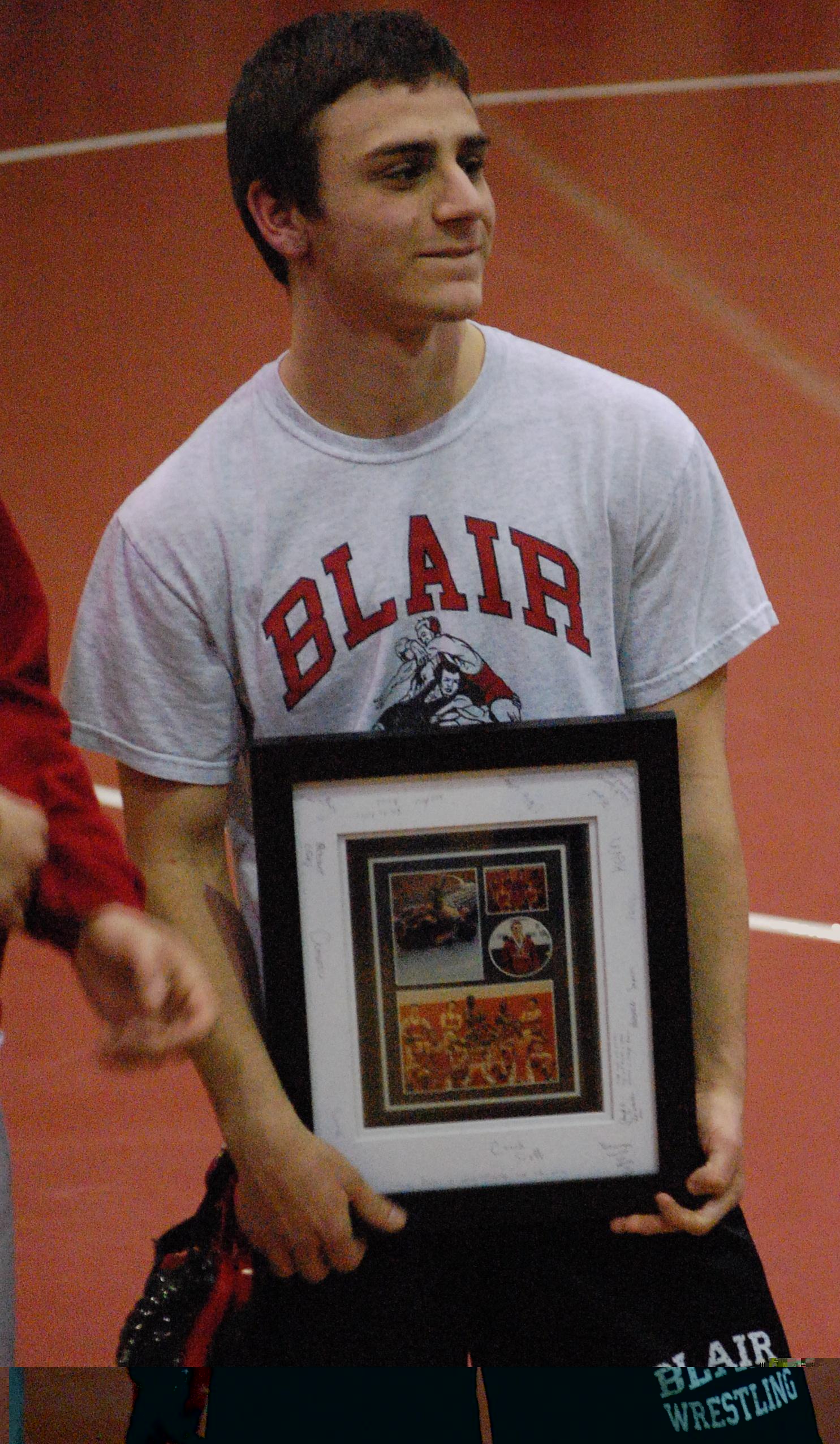 Photo: Senior Billy Saturno was unable to wrestle against Clarksburg because of a serious head injury he sustained in a previous match.

Photo: Senior Billy Saturno was unable to wrestle against Clarksburg because of a serious head injury he sustained in a previous match.

Only a few days after senior co-captain Billy Saturno's scary head injury on Wednesday, the team was still shaken by the loss of their team leader. Losing Billy's presence on the mat could have been a factor in the team's lack of execution on Friday. "Billy's a huge part of getting momentum," Chow explained. "Without him, we don't have that."

After missing the past two days of school due to his injury, Saturno was able to attend the match, though he could not wrestle. Saturno said he will most likely be able to wrestle by the time Counties roll around. For Saturno, the hardest part of his injury is not being able to actively help his team rack up points. "I hate being involved through the bench," Saturno said. "I like to be able to help the team on the mat."

With the season coming to a close, and with Counties not too far off, senior co-captain Chris Wells is proud of the team's accomplishments thus far and believes the team will keep up its success. "The team's been getting better every match," said Welles, "We have a bright post season after this."