The varsity wrestling team finished 12th out of 25 in this weekend's county tournament held at Blair. Many of the wrestlers will be continuing on to the regional tournament which will be held this weekend. 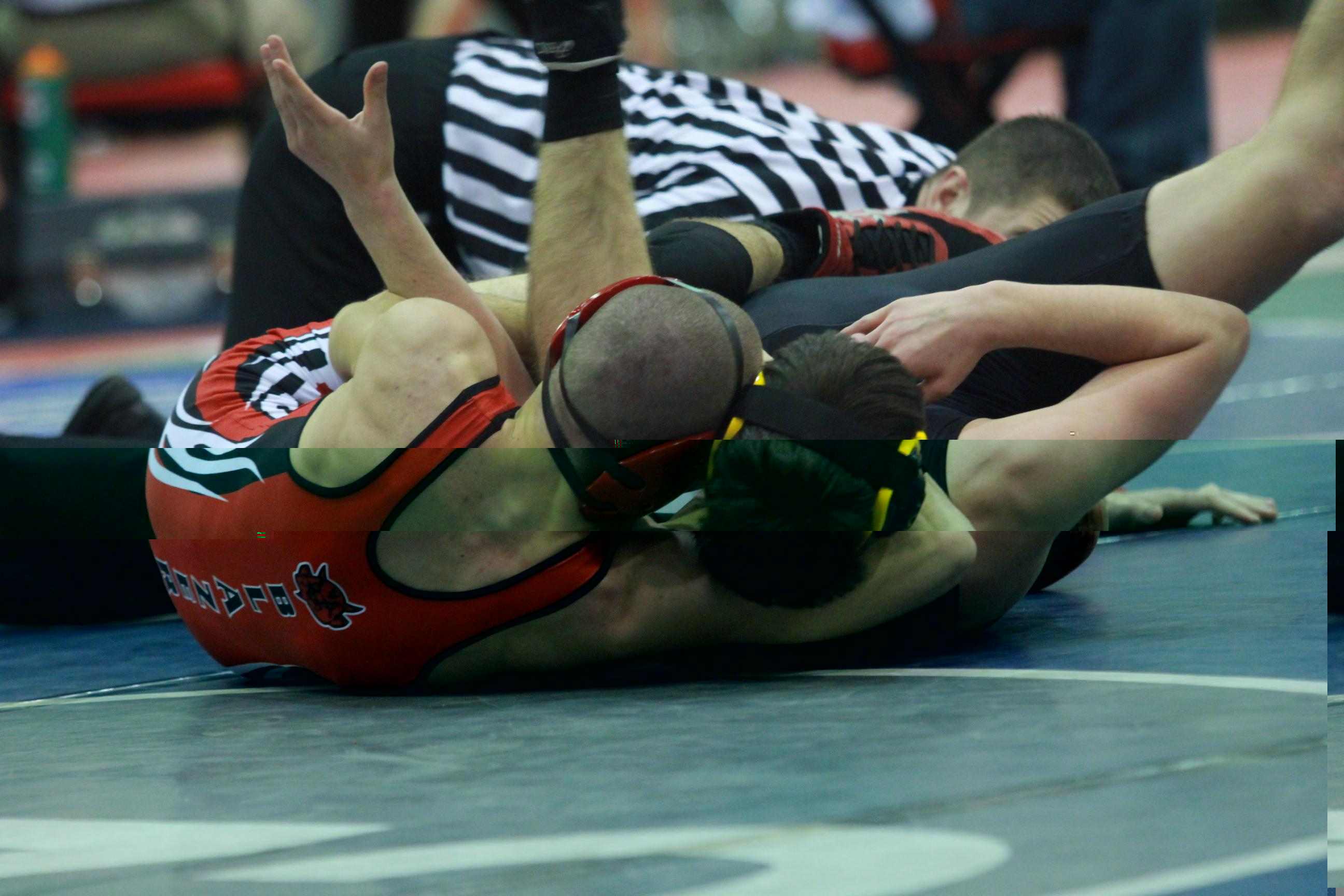 Photo: Senior Chris Wells (132) pins his opponent in the County tournament on Friday. Wells placed 3rd in his weight class.

Photo: Senior Chris Wells (132) pins his opponent in the County tournament on Friday. Wells placed 3rd in his weight class.

Senior co-captain Chris Wells (132) led the team, winning all but one match. Wells finished third in his weight class after a disappointing loss to a Springbrook wrestler in the semifinals round. "I just wrestled a good kid. I wrestled flat, and he came prepared," he said. The team had high hopes for Wells, who is typically one of Blair's best wrestlers. He plans to do better at regionals. "It's time to make up for today. I plan on winning it and making up for the disappointment that today was," he said.

Wells wrestled well in the rest of his matches. In Friday's qualifying round, he used a cradle to pin his opponent from Richard Montgomery in only 64 seconds, and he easily beat his opponent for the third place slot on Saturday.

David Chow (195) came in fourth in his weight class, keeping up the momentum in several impressive matches. Chow, who normally pins all opponents in the first period, was unable to execute some moves due to a shoulder injury he received earlier in the season. "I lost to some opponents who I wouldn't have lost to during the regular season," he said. "My heart wasn't into it. I was wrestling for myself, not for my team."

Assistant Coach Stephen Banvard was proud of Chow's performance. "David's special because he didn't wrestle the first half of the season. To come out and do what he did…he's underrating himself," he said. 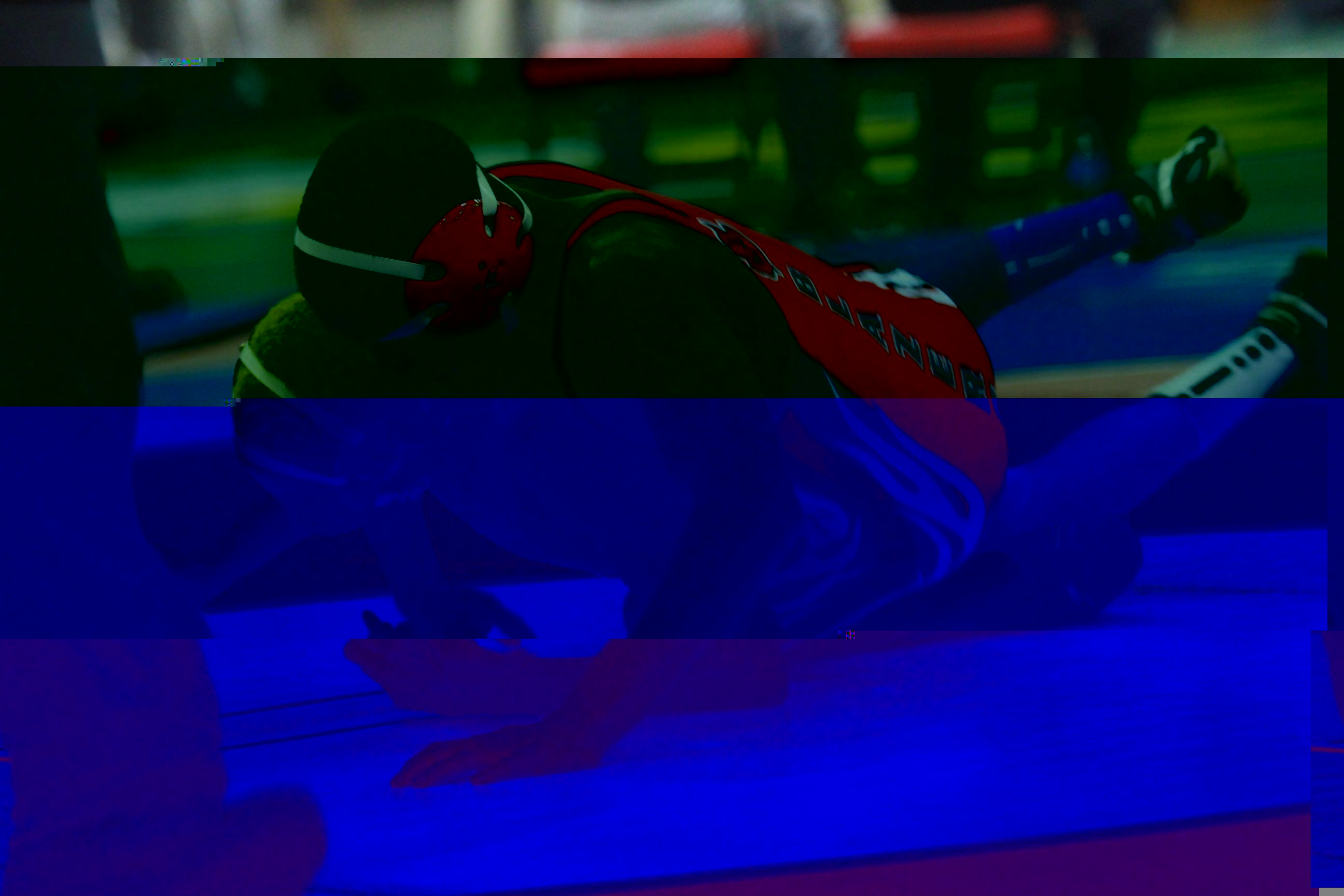 Banvard also highlighted sophomore Oumarou Bitang (120) as a strong wrestler. "Oumarou did very well this tournament. He is a smart wrestler," he said.

Seniors Steven Staley (138), Edwin Salvador (145) and Modou Saine (152) all lost against their opponents in the pigtail round, disqualifying them from wrestling in the rest of the tournament.

Senior captains Billy Saturno and Rickey Combs were both injured and unable to wrestle. Saturno suffered from a bad concussion earlier in the season, and Combs injured his rotator cuff. With two captains and key wrestlers out, Blair had lower chances of succeeding in the tournament.

Despite this setback, Wells, Chow, Bitang, sophomore Minu Bidzimou (106) and junior Lansana Sylla (285) are scheduled to advance to the regional competition and potentially to the state level.

Several of the wrestlers expressed hopes for better results at Regionals, but Banvard is very happy with Blair's wrestling at the county competition. Banvard said that in his three years coaching at Blair, the team had never been so strong.

In the upcoming years, Banvard anticipates improvement for varsity wrestling. "There is a huge contingent of freshmen who have shown a lot of heart," he said.