Alumna will compete for Miss Maryland 2007

Chauna Lawson, a 2005 Blair graduate, always thought of herself as a tomboy. In high school, she managed the track and football teams and was a die-hard Redskins fan. Consequently, Lawson paid little attention to her beauty pageant application, sending it in on a whim. A few months later, she was shocked when she received a congratulatory phone call from the pageant committee offering her a chance to compete in the 2007 Miss Maryland competition. 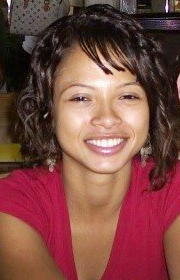 Photo: 2005 Blair alumna Chauna Lawson is competing for the title of Miss Maryland 2007 this fall. Photo courtesy of Chauna Lawson

Photo: 2005 Blair alumna Chauna Lawson is competing for the title of Miss Maryland 2007 this fall. Photo courtesy of Chauna Lawson

From Nov. 3 to 5, Lawson will compete against 124 other young women in a contest at the Bethesda North Marriott Hotel and Conference Center off Rockville Pike. These women were chosen out of 700 initial applicants. The winner will represent Maryland in the national Miss USA competition.

To qualify, Lawson participated in a judged phone interview in May 2006. She was interviewed on her academic record, job experience and outside activities. Lawson thinks that her involvement in a wide range of extracurriculars, including her college Honor Society and a job at the National Institutes of Health, helped her in the selection process.

More importantly, Lawson emphasizes that her high school experience at Blair is what makes her an outstanding candidate for Miss Maryland. "Blair was what opened me up to what the world is really like. It sets me apart from the other girls," she says.

An initial photo submission is also mandatory, but Lawson believes that the competition is grounded in presentation, not looks. "It's not so much if you're pretty, but whether you take care of yourself," she says.

Still, Lawson acknowledges that her appearance will play a big role in the competition. After weeks of preparation, contestants will be judged over a three-day period, participating in a private interview, a swimsuit competition and an evening gown presentation. To make sure she looks her best, Lawson has already bought her bikini and made plans to have her make-up and hair done professionally on the day of the pageant. Her gown, Lawson says, will be designed by the same dressmaker who made her prom dress.

Lawson didn't start preparing for the competition right away. At first, Lawson's mother was skeptical about her daughter entering the contest. "My mom thought the whole thing was a hoax," Lawson says. Her family only allowed her to participate in the competition, Lawson explains, after her mother had talked to the pageant coordinator personally.

In anticipation of the pageant, a few other contestants, most of whom have been involved in pageantry their whole lives, have contacted Lawson through Facebook, a social networking web site. Lawson, new to the pageant scene, says, "I'd shake my head and say, 'That's so superficial,' and here I am doing it. They were really nice - very typical pageant girls," she says. "They look like Barbie dolls."

Despite her concerns about the other competitors, Lawson remains upbeat. As she enters the world of beauty queens for the first time, she is confident that she will do well despite her inexperience. Her family and friends are by her side, she says, no matter what. Their support has become increasingly important to her as the competition approaches. "My friends are always calling. They want to know, 'Are you Miss Maryland yet?'" she says.

Lawson already has determined the formula for success. "All I can do is bring who I am," she says.

Laura Mirviss. Laura Mirviss is far more excited than she should be about being on the Chips staff this year. She loves field hockey, lacrosse, The New Yorker, and Ben and Jerry's. When trying to keep things in perspective, Laura likes to remember the words of Ferris … More »