At age eight, senior Thomas Dant picked up his first camera – an old Nikon from his uncle – and spent hours snapping photographs of flowers, people and whatever else he could find in his neighborhood. Now, nine years later, Dant's photography has blossomed into a thriving business, Fine Foto, and earned him honors in a national business competition.

For Dant and three other talented Blazers, an assignment in entrepreneurship class was all they needed to turn their interests into a launching pad to the business world. Dant, seniors Braulio Salas and Lenny Slenkovich and junior Aaron Sacks proposed and developed business plans that they then used to compete in the National Foundation for Teaching Entrepreneurship (NFTE) Youth Business Plan competition, an annual regional and national competition.

Dant placed second in the 2006 regional competition, beaten only by Sacks, who took home the first prize of $3,000. Dant went on to place second at the first ever national competition, earning $5,000, and Sacks placed in the top 10 out of 28 competitors. Salas won third place in the 2007 regional competition and Slenkovich was one of three runners-up. Now, with the skills learned from Blair's entrepreneurship academy, all four are on their way to making their mark in the business world.

Thomas Dant Jr
For Dant, business boils down to passion. Following the advice of a teacher who said, "If you do something you love, you'll never work a day in your life," Dant used his passion for photography to launch Fine Foto, a business that provides professional level artistic photography.

Since its inception last April, Dant's business has flourished. After placing in the regional and national Youth Business Plan competitions, Dant was interviewed on the floor of NASDAQ for thestreet.com, a financial company and web site. On April 25, ten of his photographs were displayed in the Ralls Collection, a gallery in Georgetown.

Dant has managed every aspect of his business, including creating Fine Foto's website without having any prior web design experience to avoid the extra cost of hiring a professional service. "Everything's been so jam packed this past year. If I didn't love photography, I would've quit," Dant says.

Dant's motivation to turn his photos into profit came from his father, an entrepreneur who started several businesses before finding success in real estate and pulling his family out of poverty. "It was seeing how my dad took our family out of poverty through business that inspired me," says Dant. "My dad's a really big entrepreneur. It's in my blood."

Dant hopes to continue Fine Foto for as long as he can, but he has also set his sights on bigger things. He will attend the Robert H. Smith School of Business at the University of Maryland, where he hopes to gain the skills necessary to become a successful businessman. 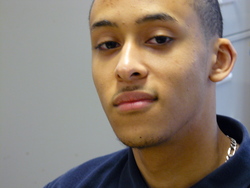 Braulio Salas always had the ability to be a businessman, but with interests in other areas, he did not realize his potential, claims Murley. "Braulio had a bunch of ideas but no idea he could be a business person," says Murley. "We just had to take the skills he already had, such as present skills, and make them work." With encouragement from Murley and the requirements of his entrepreneurship class, Salas was able to connect his interests with business to start a virtual art gallery.

Initially, Salas was not sure what to propose for his business plan. Having his own interest in art and hoping to inspire that interest in others, Salas decided on his plan and started a virtual art gallery. The idea came when his R&B group was asked to perform at an art gallery and his mom refused to go because she felt uncomfortable among the posh art gallery crowd. With his gallery, Salas has made art available for people in the comfort of their own home and on their own time without some of the upper-crust style associated with these galleries. People are welcome to just browse, or purchase any art they are interested in.

As a part of his business, Salas focuses on promoting young artists from the area. However, he finds it difficult to find many willing teenagers. "It's harder to get them then you would imagine because their art is more personal than financial," says Salas. Salas is collaborating with Dant to sell his photographs.

Salas's focus has turned to promoting his now up and running business. He was just recently interviewed on the radio station, 570 am and is currently working to launch a web site for his business.

After graduating this year, Salas plans to continue his business while attending Rutgers in New Jersey. There he will work to earn a Masters in Business through their five-year program. 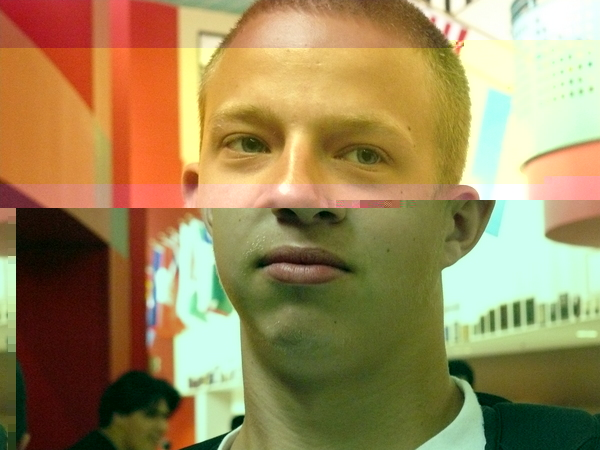 Slenkovich has been making money by mowing lawns in his neighborhood since fifth grade, reeling in hundreds of dollars. "I made more money than I would've made with a real job," says Slenkovich. "It wasn't an official business, but I can still look at it from that perspective."

For NFTE's Youth Business Plan competition, Slenkovich proposed a business selling beef patties, coco bread and other unique Jamaican foods in downtown areas and arenas. After revising his plan numerous times and advancing to the regional finals, held in Washington, D.C., with six other competitors, Slenkovich presented his plan to a panel of judges, who, he says, were incredibly tough. "The judges burned you. They fried your business plan. They literally made fun of you," Slenkovich says.

Although Slenkovich never implemented his business plan, he views his involvement in the competition as a positive experience. "I met a lot of big business people," Slenkovich says. "[The competition] also taught me how to do a business plan. So now if I have a crazy business idea I can see if I can make money off of it." 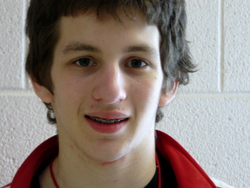 When Aaron Sacks was asked to develop a business plan in January, 2006, customizing cards instantly came to mind. In 2005, he and his family had customized cards for his brother's Bar Mitzvah, which had a casino theme. With the help of his parents, who own a printing company, Sack's business, "You're on Deck," was up and running by mid-February that same year. "You're on Deck" allows customers to pick a custom graphic to be printed on the back of a deck of cards.

Sacks's primary target is small businesses. "I do a lot of company logos for marketing. In competitions they like to see that," Sacks explains. But he also does business with people on an individual level. Regardless of who it is, Sacks is available for their custom card needs. "I'm going to continue it as long as the customers are still there," Sacks says.

Blair's entrepreneurship academy formed the basis off which Dant, Salas, Slenkovich and Sacks worked to start their businesses. The academy works with NFTE, an organization that provides basic curriculum, resources and support, to give students the skills and opportunity to launch into the business world.

Students in the academy must take at least three electives in entrepreneurship, marketing, finance or business management. Academy classes feature firsthand business experiences and lectures from prominent businessmen. "The classes give them technical training and the opportunity to put their business ideas out there and see if other people are interested in them," says entrepreneurship academy head Kevin Murley.

For these motivated Blazers, the entrepreneurship academy opened the door to their success, but it was up to them to step through it. "It all boils down to student interest and passion," says Sontz. "I can try my best to inspire but at some point it becomes student responsibility to make their dreams come true."