The Blazers win in a sweeping 16-3 game 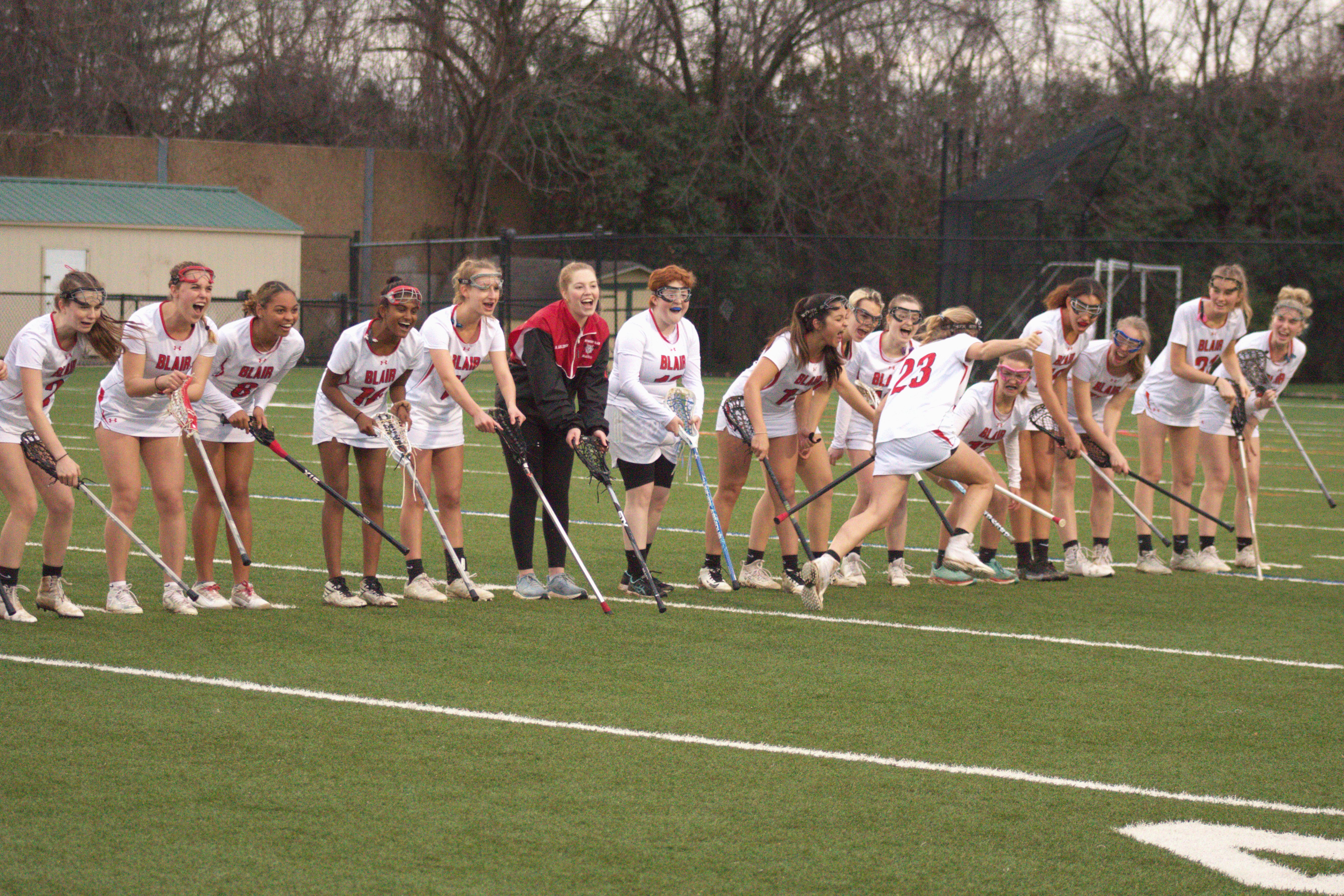 Photo: Blazers line up and bump sticks before the game starts.

Photo: Blazers line up and bump sticks before the game starts. Photo courtesy of Derek Mu.

The Blazers dominated in the first half. They started the game by scoring six consecutive goals within the first five minutes. Blair also took possession of the ball after almost every face-off, keeping much of the action on Paint Branch's defensive side.

The Blazers displayed impressive speed and pass-precision as they together maneuvered around the Panthers' defense. Six minutes into the first half, the Panthers scored their first goal. However, most of the Panthers' few attempts at scoring a goal were blocked by Blair's goalie, senior Eliza Davis, and the rest of the Blair defense.

Blair continued to push hard, scoring another eight goals while only letting in two more goals by the Panthers, resulting in a halftime score of 14-3.

The second half brought slower progress for the Blazers. The Paint Branch Panthers tightened their defense, preventing Blair from scoring as frequently as in the first half. The Blazers followed suit, closely checking the opposing offense whenever they took possession of the ball. Blair's goalie, senior Cindy Hernandez, blocked the Panthers' attempts at scoring.

Senior Ella Wenger, midfielder, believes that the Blazers played with more intensity than in previous games. "We were intense on ground balls. We had a lot of good passes on attack. It wasn't [an] individual game, it was a team game. We were all together," Wenger says.

Hernandez agrees that their teamwork led to their success in this game. "I think [we] played wonderful because we all were communicating and looking at each other," Hernandez says.

The Blazers will play their next home game on May 2 against the Clarksburg Coyotes at 7:30 p.m.