The event showed kids the exciting side of math and science

MHS members had been thinking about STEM Night since the end of the last school year as a math-only event. However, when SNHS took an interest, MHS saw it as an opportunity to broaden its reach. "Initially it was just going to be a math night, but then Science National Honor Society seemed interested in helping out, so we branched out into a STEM night instead of just a math night," MHS sponsor and Blair math teacher Grace Contreras said.

The two honor societies set up different tables with activities ranging from building molecular structures to performing egg drops. When deciding what activities to offer, members thought back to the STEM activities they had enjoyed. "I remember going to these kinds of things myself as a middle schooler or elementary schooler. I remember the strawberry DNA activity and thinking it was the coolest thing ever, so hopefully, they enjoyed it as much as we all have," Amanda Liu, senior and co-president of SNHS, said.

One of the busiest tables at the event featured slime-making. Slime is a popular item among children, and SNHS members taught kids the chemical reactions and science behind the product. Another popular activity was the egg drop table, where students tried to build a structure that would keep an egg intact as it fell from a large height. It allowed kids to get hands-on with a project and see a direct impact from concepts explored.

MHS and SNHS members were expecting a smaller turnout but welcomed over 100 parents and students throughout the evening. Some materials ran out as a result, but the organizers saw this as enthusiasm for the event. "We ran out of some things at stations, which is incredible, I never imagined that would happen," Contreras said. 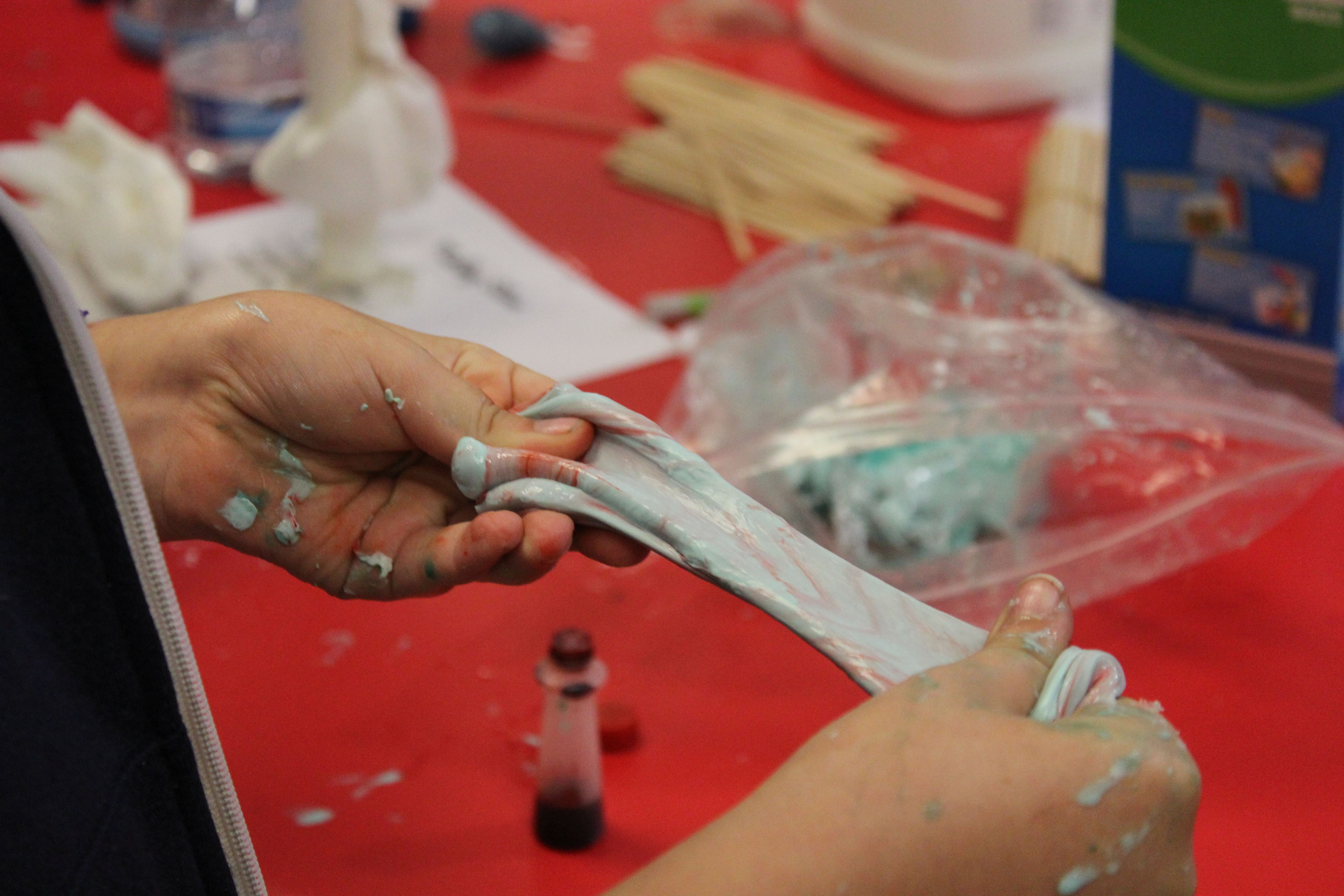 The organizers were focused on making STEM enjoyable for kids through the event. "I hope that elementary school children find some fun in doing math since it might be seen as something boring or tedious when you're a bit younger," senior and MHS member Jimena Alvarez Gonzalez explained.

Many parents also actively engaged with the activities, encouraging their children to join in. "The parents are really involved. There are parents with hats on their heads, building molecules," senior and MHS officer Ipsa Mittra said at the event. Many of the parents who attended tried to foster an interest in math and science in their kids from a young age. "I try to get to as many STEM events as possible, and I enjoy coming with my daughter and having her be engaged," parent Deandere Boggan said.

Both SNHS and MHS are hoping to do more community outreach in the future. "We're excited about where we're going, since this is something we've been talking about for a while and now members are talking about other service opportunities that we can create for this coming year," Contreras said.