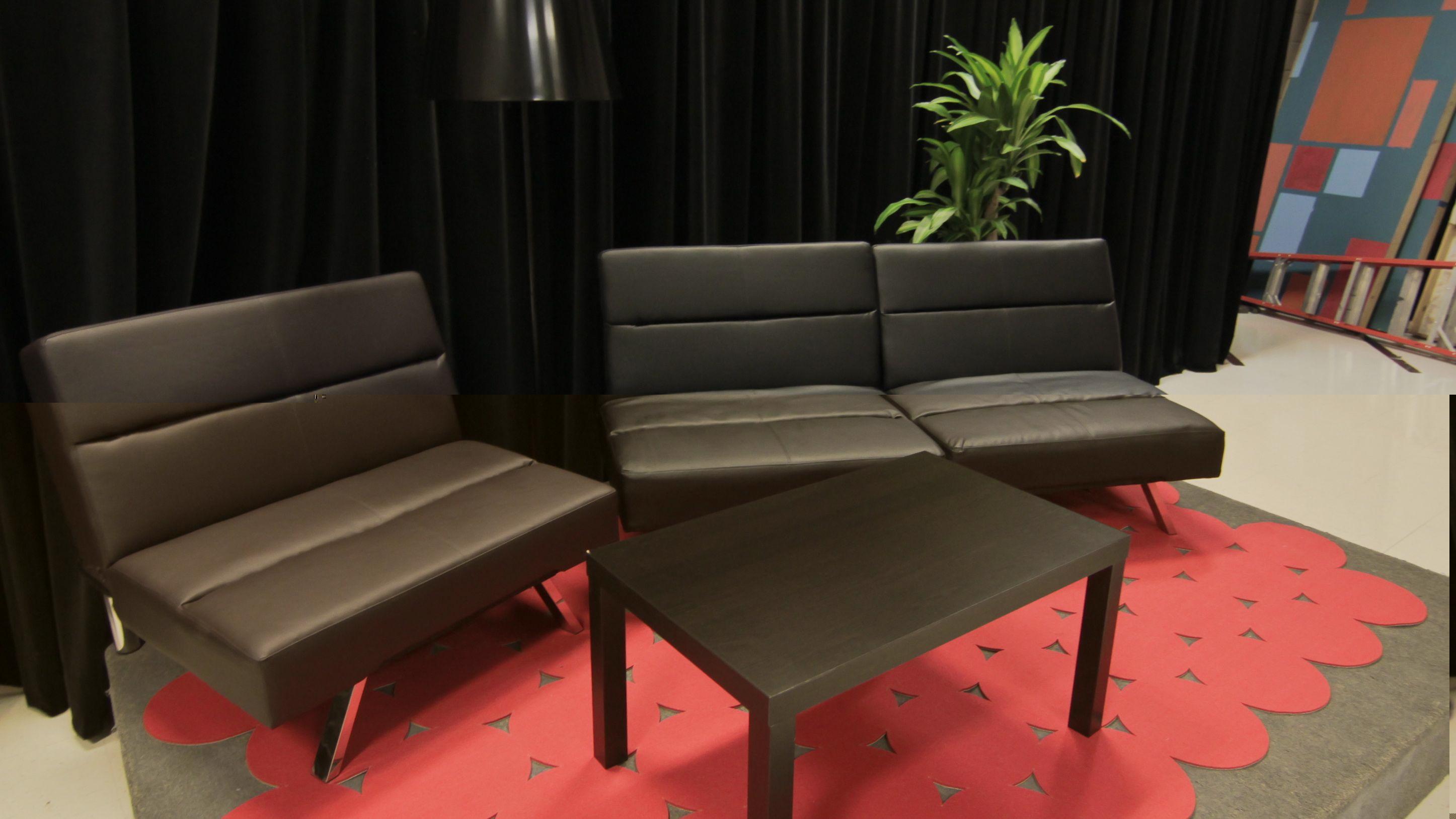 Photo: The TV Studio's new furniture has replaced the old couch and backboard.

According to teacher Paris Bustillos, incompatibility was the primary reason for replacing the studio computers. "When running computers that old, they render compatibility issues. Cameras didn't run with old computers," Bustillos said. Prior to renovations, the classroom's computers were used for five years.

A direct benefit of these installations is expanded access to Channel 19, Blair's source for InfoFlow, or video announcements. Previous classrooms that could only view InfoFlow on old TV monitors can now view the show on their Promethean boards. "Every classroom should be able to get Channel 19, [so] that's a big change," Bustillos said.

Junior Stephanie Renich, a BNC staff member stated that the editing software updates and the new monitors were the most noticeable changes.
"They're really nice. We have Final Cut Pro 10 and better quality screens," Renich said.

In regards to previous computer problems, last year's BNC staff experienced data loss and media storage malfunctions. Junior Ian Kiefhaber hopes this year's new computers will help solve these problems. "Last year we had problems with the hard drives and random data would be lost. We'd put our projects on each computer, but sometimes the Media Storage would be erased," he said. Kiefhaber hopes that this year's new computer setup will help BNC become more productive. He added, "We expect BNC to be more organized this year."