Blazer opinion is divided on the controversial presidential candidate

Where only first names appear, names have been altered to protect the identity of the source

For some, Donald Trump is America's lifesaver, the president who isn't afraid to stand up to the political establishment. For others, he is a threat to the stability of America, a radical who will ruin the lives of countless people. While he is the most controversial presidential candidate in the upcoming election, he continues to lead the Republican primary and some predict he will be the Republican nominee. However, polls show that Trump's support among younger Americans is far from robust. In a poll by Monmouth College, about half of the surveyed millennials aged 18-24 said they viewed Trump unfavorably, while only 17.5 percent said they saw him as a favorable candidate. At Blair, public opinion skews against Trump, but there is a sizable minority that support him.

The Wall and illegal immigration

Trump is known for his radical remarks, chief among them his vow to build a border wall between the United States and Mexico. "I'd build it. I'd build it very nicely. I'm very good at building things," he said in a June 2015 interview. However, Blair senior Molly is hesitant that such a wall would be successful. "I don't think it would work - it's a waste of money," she says. "But he's smart. He knows all the loopholes to the economic system because he abused them all and got rich." 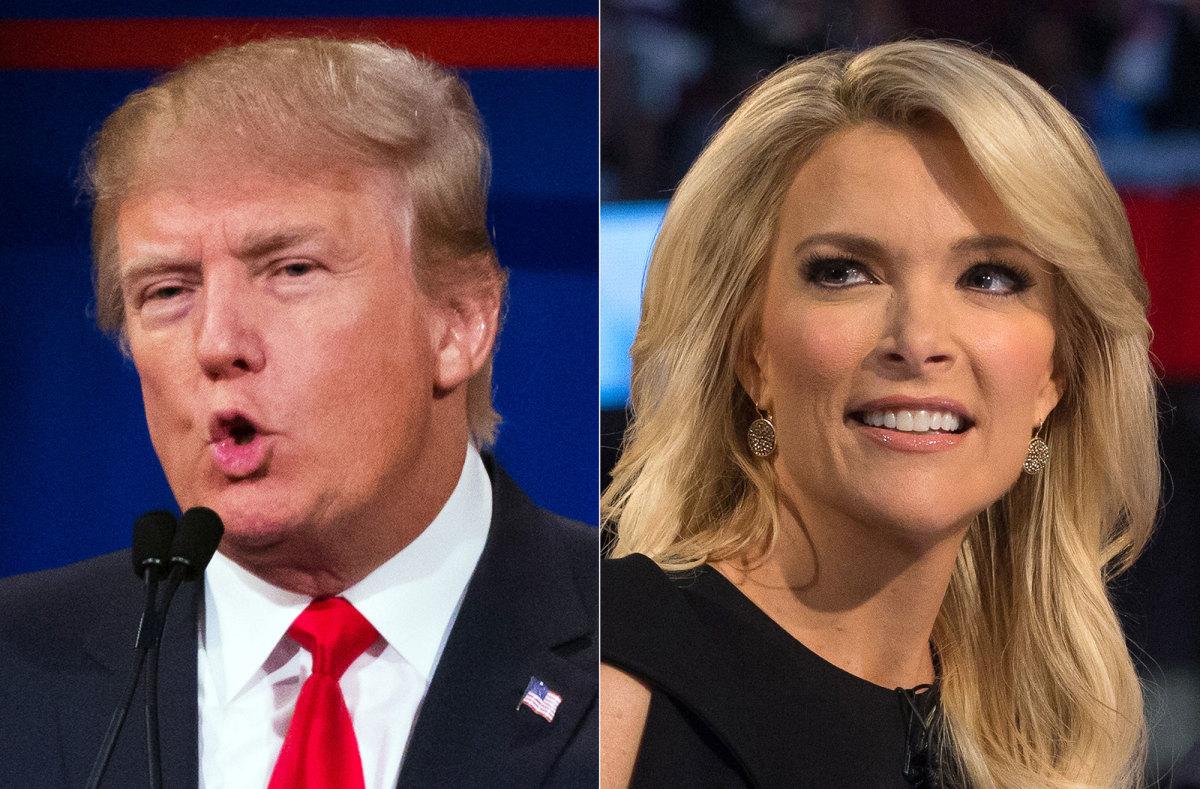 Photo: Trump's spat with Megyn Kelly turned many off from the billionaire.

Photo: Trump's spat with Megyn Kelly turned many off from the billionaire.  Photo courtesy of NY Times.

Noah, also a Blair senior, is a Bernie Sanders supporter but looks favorably upon Trump. Noah believes that although Trump is on the right path in his vow to curb illegal immigration, America's political system would prevent him from achieving his more radical goals, like building a wall or temporarily banning Muslims from travelling to the United States. "I think even if Congress were weakened with his presidency, they would still be able to shut those things down. Banning Muslims seems pretty unconstitutional; the wall isn't, but it's a waste of money," he explains. Molly claims that extreme Republican stances are simply an attempt to go after the extreme voters and delegates.

Another big issue is the path to legal immigration, and some believe that illegal immigration is dangerous and unfair to those who go through the immigration process legally. Although he thinks Trump's policy on deporting nearly 11 million people living in the United States without permission is far-fetched, Noah does believe they should be punished. "I don't think they should be deported, but I definitely think that they should be forced to pay a fine and back-taxes...for breaking the law," he states. Noah believes that the immigration process is possible for everyone, and those who wish to live in the United States must go through it.

It is undeniable that many of Trump's remarks have stirred controversy, and often results in accusations of racism and misogyny. In his presidential announcement speech on June 16, 2015, he claimed that "when Mexico sends its people, they're not sending its best...They're sending people that have lots of problems...they're bringing drugs. They're bringing crime. They're rapists." In an interview with CNN's Don Lemon after participating in a debate with host Megyn Kelly, Trump said, "You could see there was blood coming out of her eyes, blood coming out of her wherever." Although he later claimed he was referring to her nose, most interpreted his comment as saying Kelly was on her menstrual cycle.

Although Noah is "indifferent" towards these remarks, sophomore Maria believes that the public often overreacts. "Some people do take things way too personally," she says. However, she concedes that Trump can be insensitive in his rhetoric, especially when defending himself against critics. "Trump can go too far sometimes. His mocking that New York Times reporter was not nice at all," she says, referring to Trump's imitation of reporter Serge Kovaleski's congenital joint disorder at a rally.

Blazers who viewed Trump favorably took note of his honesty and straightforwardness. "He tells it like it is and he's generally not afraid to be himself. He has recognized problems that many of the other candidates have totally neglected - infrastructure maintenance, that kind of thing," Maria says. Similarly, Molly likes that Trump does not shy away from contentious rhetoric. "He isn't afraid of the political establishment. He says controversial things and he values actions," she explains.

Meanwhile, Noah thinks he could change decision-making in Washington. "I like the fact that he's a somewhat radical outsider and I feel that if he were elected, it would cause a pretty big shakeup in Washington that may force both parties to reevaluate their practices," he explains. Because Congress is at a low in passing legislation, Noah feels that it is necessary to elect an outsider as President. "That's also why I like Bernie," he explains. He wants a candidate without strong ties to either party - like Trump or Sanders - that would ease the obstructionism of Congress and their refusal to do their jobs unless they get exactly what they want.

For Maria, Trump is the anti-establishment, a solution to the frustration of current Republican leaders and politicians being out of touch with America's problems. "They worship policies such as trickle-down economics and an unfettered free market that only serve to benefit the rich. They're bankrolled by wealthy interests who have no interest but to enrich and empower themselves," she explains. Like Noah, she values one thing about Trump: his ability to change Washington. "I hope he upsets the existing political order and makes it so that it's once more a government of the people, by the people, and for the people," she says.