The team faced skilled competition at a prestigious wrestling camp

The players were excited to be at such a famous wrestling camp and to be facing some of the fiercest competition in the nation. Rising sophomore and varsity wrestler Brian McCaw said, "It is always fun to see how well you can do against other really talented wrestlers."

The campers got to work with professional coaches such as Scott Moore who has coached four wrestlers to the Division I NCAA Tournament. They also got to compete with other high level wrestlers from across the nation. "Each of these camps offer world class instruction from past champions and by coaches who have developed champions," the camp's website states. 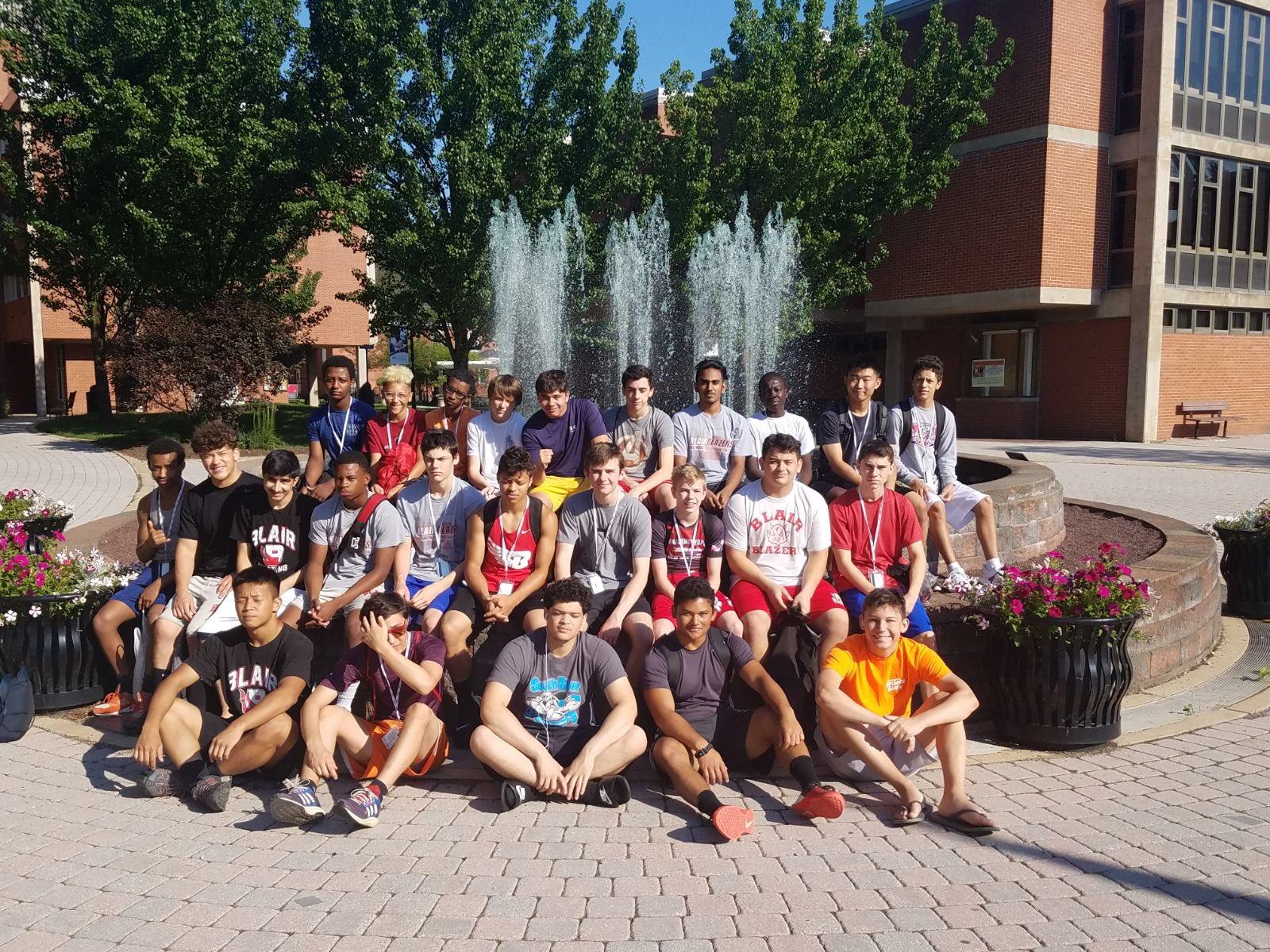 The camp consisted of eating, sleeping and grueling sessions of wrestling. Wrestling is already a tiring sport, but doing it all day is exhausting. "They were pretty tired at sore when they got back," Blair coach, Tim Grover said.

Every individual wrestler got to wrestle 12 to 15 matches on the campus. Blair's team won one out of seven matches. They did their best against their talented opponents, and learned a lot from every match.

Getting to compete in front of experts was a special experience for many of the players. "There were several individual wrestlers there that were state champs, and there were a couple of guys that were ranked nationally. It was a really competitive camp, and our guys got to face some really good competition. So it was a pretty good camp for us," Grover said.

Everyone on the team felt the improvement throughout the entire camp. It was a lot of hard work; however, they still managed to all have fun. "It was fun, lots of tough work, but having friends and teammates there made it much more enjoyable,"McCaw said.

For Blair, the competition was better than what they are used to, but they adjusted well. The entire team rose to the occasion and was able to compete with their adept opponents. They learned many new techniques, new types of moves from the coaches and got to test them in their matches.

The camp ended with a few more matches, and lessons from the trainers. The players felt that facing the high-level wrestlers made them a lot better and prepared them for the upcoming season. The entire team is very excited for next season, and are hoping to keep improving throughout the year. "I'm pretty excited. We are bringing back a lot of experienced guys, and we are going to have a lot of depth going into next season," Grover stated.

Aidan Rogers, a rising junior and varsity wrestler at Blair stated, "We got better as a team by facing tough opponents and bonding through the adversity we faced as a team."

The team is not planning on returning to the camp next year, however they are satisfied with the skills they learned, and the improvements made from the camp.