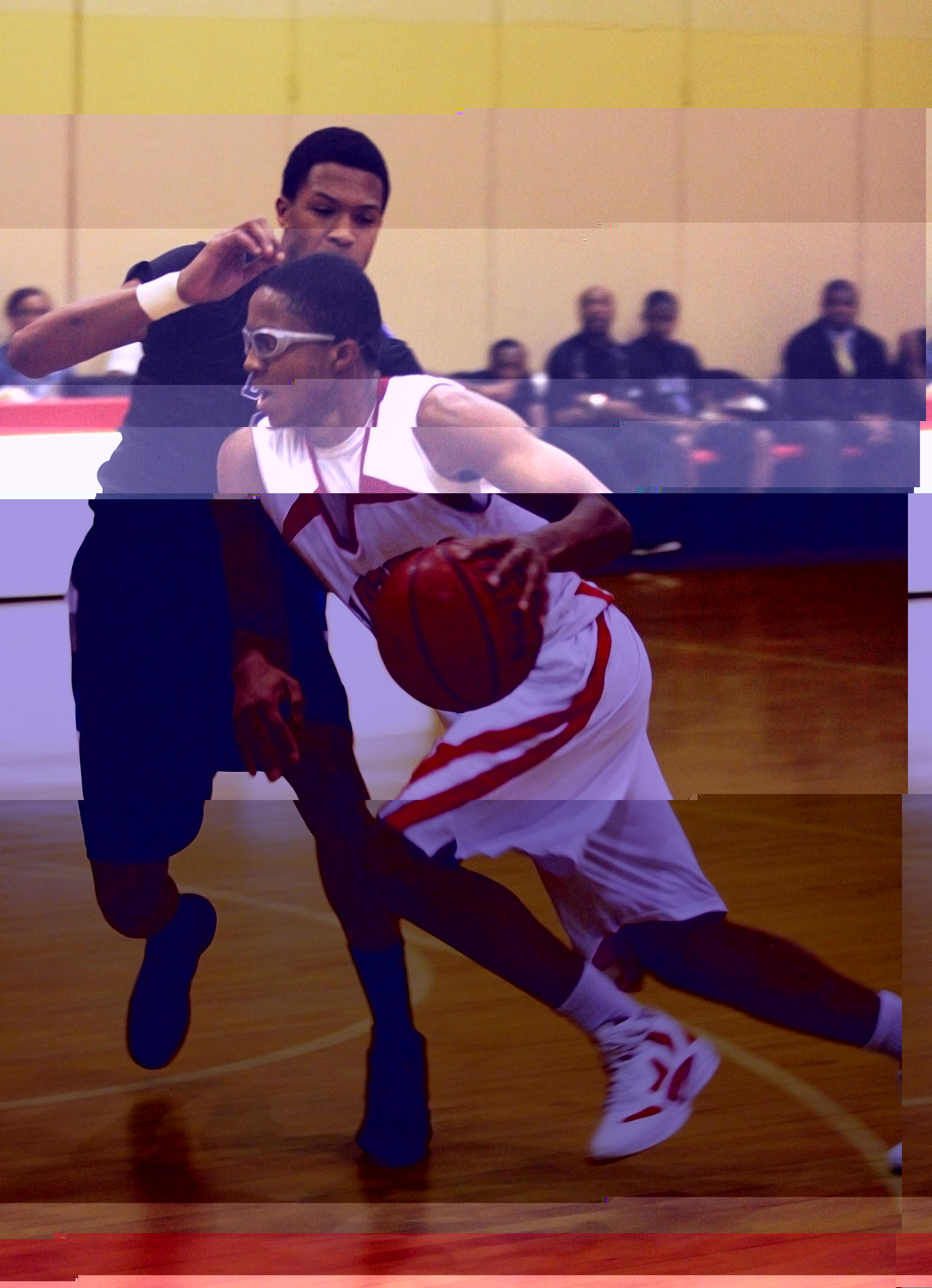 Damon Pigrom spent six years coaching varsity basketball at Blake, leading the Bengals to several winning seasons and a trip to the Class 4A state final in 2005, turning around the entire basketball program in the process. After three years coaching at Catholic University and two at Bethesda Chevy-Chase, Pigrom is now trying to make basketball relevant again at Blair. However, Monday night's 69-47 loss to Blake revealed that there remains much work to be done for the boys' basketball team.

A near mirror image of Blair's previous loss to Blake (12-4) on Jan. 10, the Blazers (4-12) started out strong – playing hard on both ends of the floor – only to have things unravel in the second half. Blake's height posed problems for the Blazers, as 6'7" senior Avery Ugba (16.6 ppg) and 6'6" junior Magnus Richards (12.1 ppg) disrupted Blair's ability to get to the rim. Junior guard AJ Butts hit seven of eight from the charity stripe and led the Bengals in scoring with 13 points.

The first quarter lent itself to Blair's fast-paced style of play, with the home team controlling much of the tempo. Blake had the clear size advantage, and as a result, the Blazers used their speed and athleticism to force turnovers and push the ball in transition, leading to easy buckets. Blair's solid play had them clinging to a two point lead after a first quarter in which senior forward Rick Narcisse scored seven of his team's 13 points.

Blair lost focus to start the second quarter, allowing the Bengals to go on a 9-0 run as the Blazers struggled to find any type of offensive rhythm. Thanks to their defensive effort late in the quarter, Blair hung around and, after a close, low-scoring 16 minutes of basketball, the halftime buzzer sounded with the Bengals leading by a slight margin, 25-22.

When the Blazers start out strong, they tend to come out sluggish and fall apart in the third quarter. It happened in losses to Quince Orchard, Paint Branch, Blake, and Kennedy earlier this season. Monday night was no exception. "The thing about Blake is they come out vanilla in the first half," Pigrom said. "Then, in the second half, they really pull away."

After playing man defense in the first half, Blair gave the zone a try to start the second, but that tactic was short-lived as the Bengals scored 11 straight points to start the third quarter. Meanwhile, Blair's offense was dismal as the Blazers went scoreless until 3:30 remaining in the period. Narcisse, who finished with a game-high 19 points, finally broke Blair's drought with a trio of baskets. However, the Blazers could never recapture the same defensive effort they employed so well in the first half. Pigrom attributed the second half breakdown to a loss of intensity. "The same thing happened the first time we played them," he said. 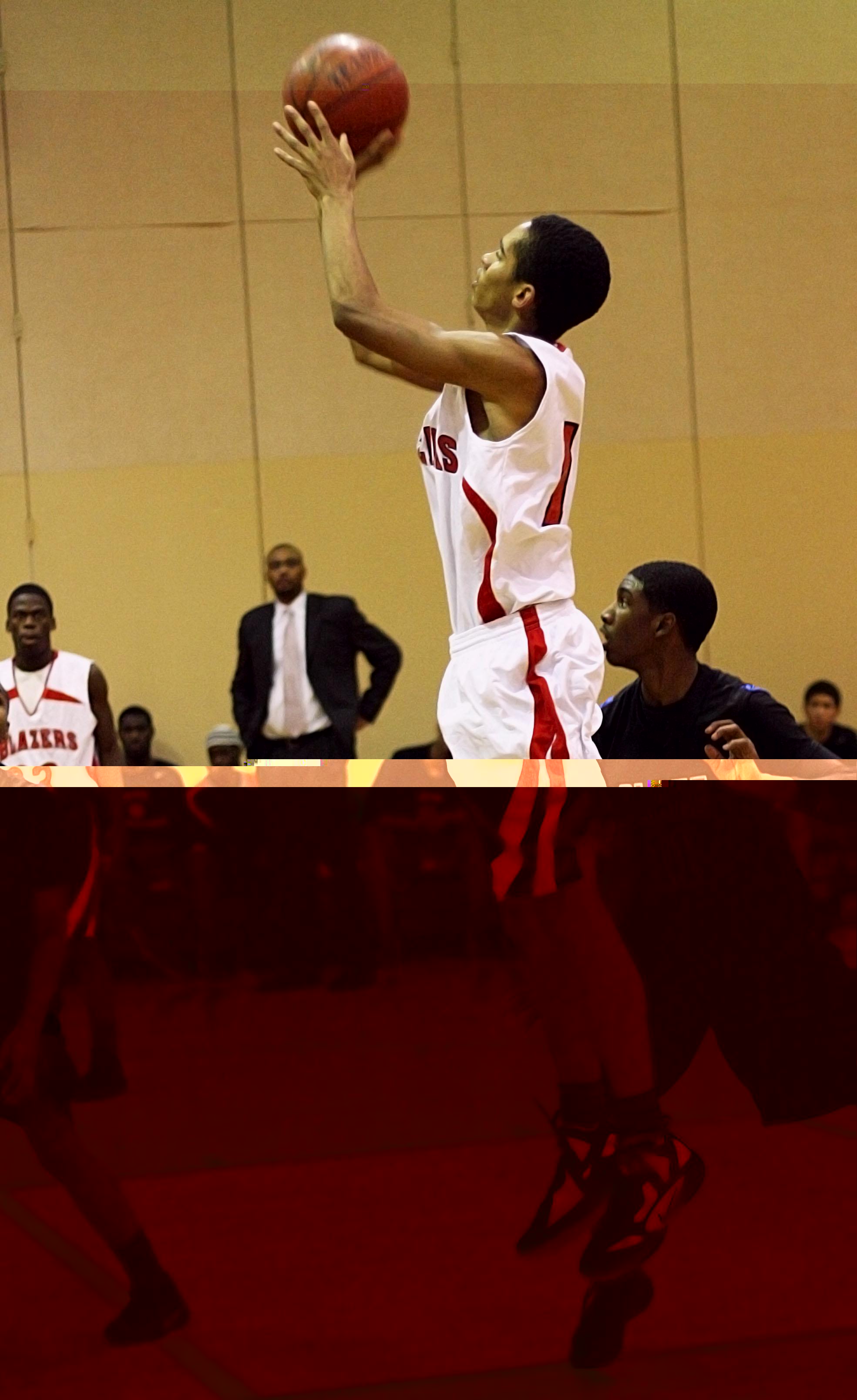 Photo: Junior forward Julian Smith-Jones shoots a jumper from just outside the paint as Theo Remy and Damon Pigrom look on.

Photo: Junior forward Julian Smith-Jones shoots a jumper from just outside the paint as Theo Remy and Damon Pigrom look on. Photo courtesy of Enoch Hsiao.

The fourth quarter was more of the same, with the Bengals denying anything that entered the paint, dominating the boards and using their size advantage to capitalize offensively. "We started to stall in our offense," Narcisse said. "They got out on the break and we couldn't stop the ball." After giving up 25 points in an entire half, Blair gave up 22 points in each of the third and fourth quarters.

Senior guards Tucker Canary and Theo Remy, Blair's second and third leading scorers, respectively, struggled to find their grooves against Blake's stingy defense. Remy, a transfer from Blake, chipped in with eight points against his former teammates, while Canary added five. Blair's co-captain explained that the team needs to get mentally stronger. "We don't have the winning mindset. When we're close, we can't put two and two together," Canary said. "We need to work on putting together two good halves."

Though he was disappointed about the loss, Pigrom acknowledged the Bengals for their strong play. "Blake is good. Credit where credit is due," he said. The Blazers will face the Kennedy Cavaliers (8-9) on the road on Friday night. Kennedy features one of the toughest covers in the area, Marcus Murray, a 5'7" point guard who averages 19 ppg. "We're going to do our best to limit him," Pigrom said. Narcisse was optimistic about Blair's chances on Friday. "We need to look to attack, just be in attack mode on every possession," he said. "Kennedy doesn't have nearly as much size, so we're going to look to run and get easy buckets."

The boys' varsity basketball team will play its next home game on Tuesday, Feb. 7 at 5:15 p.m.
Follow SCO Sports on Twitter: @SCOsports