Two players transferred from Blair to new schools this summer

In an Instagram post on Aug. 25, Cannuscio announced his transfer to WWHS due to basketball and family reasons. "For those who don't know, my family and I have decided that I will be moving to D.C. for basketball as well as family reasons, and attending Wilson H.S.," Cannuscio wrote in the post. 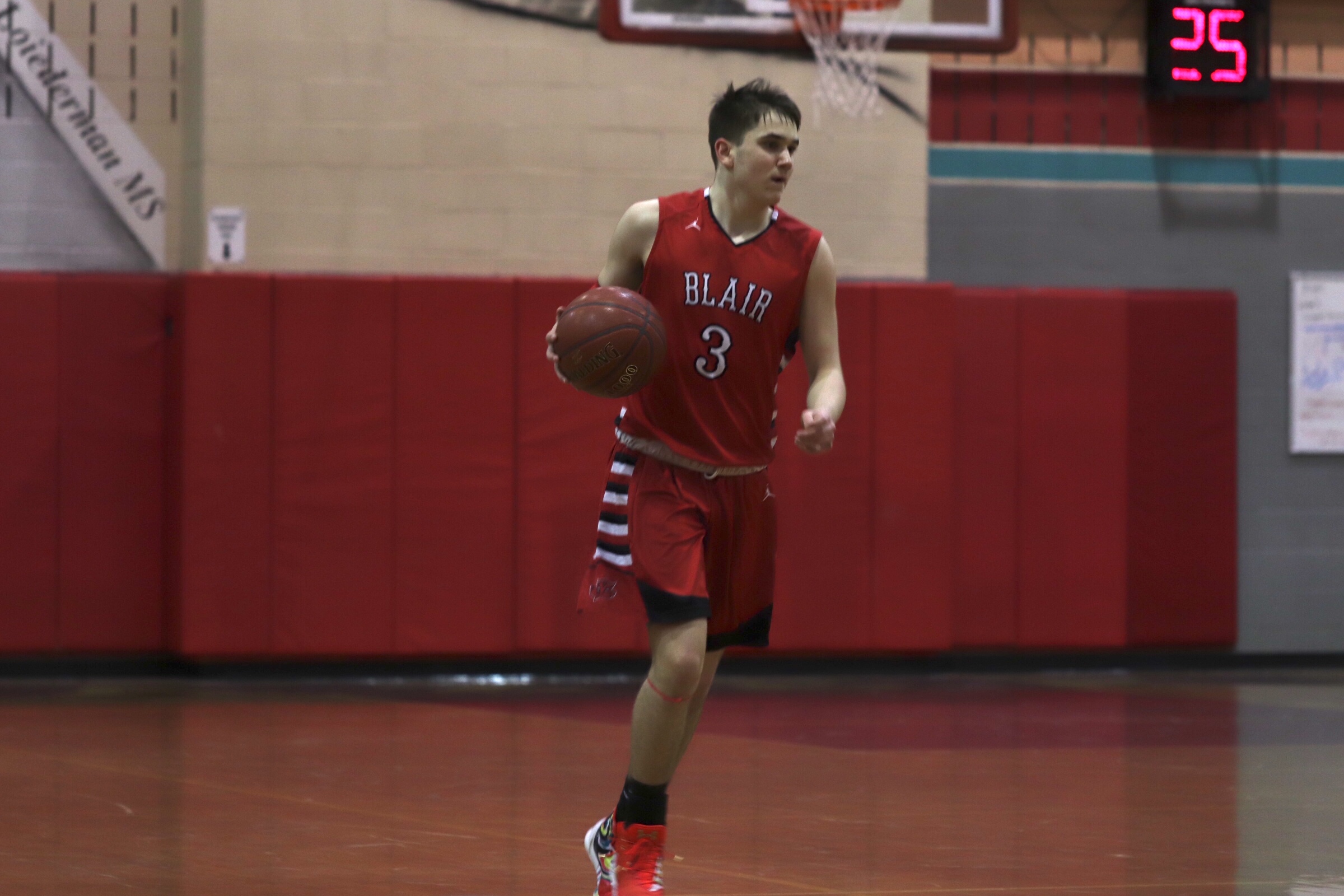 As a senior, Jones was not satisfied with coming off of the bench, and believed he needed a bigger role at Blair. He transferred to AEHS to pursue better opportunities for his basketball career. "Einstein was just a better situation for me because I had a better connection with Coach Taylor and I knew he would help me with my goal of playing college basketball," Jones said.

Jones and Cannuscio's departures will have an impact on the team as both players had important roles. Jones was the team's sixth man, and Cannuscio was an all-around offensive threat. "They will definitely be missed because both of them provided things that are needed to win games and be a good basketball team," junior guard Michael Ayala said.

Although the two players won't be with the team this year, Jones and Cannuscio have faith that the Blazers can go far in the state playoffs. "I believe Blair will be state contenders, they have all of the pieces they need to win," Cannuscio said.

After having a 4-6 record at the Capitol Hoops Summer League at DeMatha, the Blazers had some good competition to face in the summer. The Blazers also went 2-1 at the University of Maryland Team Camp. "I thought we had a good summer. We showed that we are talented and when we play together as a unit, we can compete with the better teams in the area," head coach Damon Pigrom said.

The team thinks that they could do well this year with hard work and teamwork. "I think we’re one of the best teams in the county, we just have to believe in ourselves, play as a team and work hard," senior forward Abu-Bakarr Bangura said. Junior guard Alfred Worrell echoed the sentiment. "No one can mess with us. We are going to be underdogs and I love it," he said.

Coaches of the Blair boys' varsity basketball team did not respond to multiple requests for comment about the transfer situation.

Update (10/16/19): Roman Cannuscio has transferred back to Montgomery Blair High School after just seven weeks at WWHS. "I have unfinished business and love the brotherhood at Blair," Cannuscio said.