Police asking for tips on junior in possible medical danger

Junior Lydia Elizabeth Belayhun went missing on Dec. 6 and the police are asking for the public's help in finding her. She was last seen midday in the 8500 block of Second Avenue in Silver Spring and is now considered critically missing as an endangered runaway, according to both the National Center for Missing and Exploited Children and Montgomery County Police Department (MCPD) spokeswoman Lucille Baur. 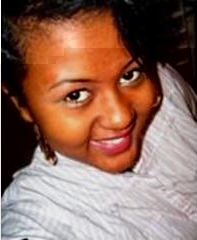 Photo: If anyone has information on the whereabouts of Lydai Belayhun, please contact the Family Crimes Division or the MCPD. Photo courtesy of WJLA.

Photo: If anyone has information on the whereabouts of Lydai Belayhun, please contact the Family Crimes Division or the MCPD. Photo courtesy of WJLA.

Police are describing Belayhun as a 16-year-old African-American with short brown hair, five feet five inches and 150 pounds. She was last seen wearing an olive-colored military-style jacket, a multi-color vertical striped sweater, blue jeans and black Nike boots. Belayhun is under a doctor's care. ABC News reported she did take medication with her, while WJLA reported she did not. In either case, the police say it is possible Belayhun would be out of medication after two weeks, according to Baur.

Belayhun may have traveled to Baltimore, Md., Philadelphia, Penn. or Washington D.C., according to the National Center for Missing and Exploited Children. She may also be using an alias name of Elizabeth Reno.

One way students may help is by printing and posting posters downtown or in different communities with Belayhun's information and picture. The National Center for Missing and Exploited Children has provided an online poster that anyone can print and post.