Blazer soars in the cockpit

A Schweizer 2-33 glider swoops down from the sky and heads into the Boulder Municipal Airport runway to land. Just as the plane begins its descent, an air current rapidly lifts the craft hundreds of feet higher. The pilot deftly tips a wing down and sends the plane into a slip, decreasing altitude. The plane bounces off the runway and skids to a stop. Senior Robert Riker steps out of the cockpit after his third solo flight in Boulder, Colorado, where he obtained his student pilot's license for gliders this past summer. 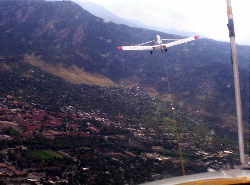 Gliding, or soaring, is the art of using nature's air currents to fly a small plane that does not have an engine. For Riker, whose passion for flying has existed ever since his childhood visits to the Air and Space Museum, flying a glider is the "most fantastic experience you can have." Riker's interest in flying caught the eyes of a friend from the Antique Airplane Association, who helped Riker secure a scholarship with flying club Mile High Gliding. For a month and a half, Riker soared 2,000 feet above the stunning Colorado landscape, living out his dream as he trained for his student pilot's license and strove to reach a goal that few teenagers have attained, a solo flight.

Riker started his training with ten hours of ground school, where he learned basic controls, safety and maneuvers. Once Riker was in the air, his instructor Sean Mackinder supported Riker as he struggled to master the controls in his initial attempts in the cockpit. "I could tell he was frustrated," Mackinder says. Riker had trouble flying in a straight line and could not control the glider. "Finally, something just clicked," Riker says. "Then it became a lot more fun." 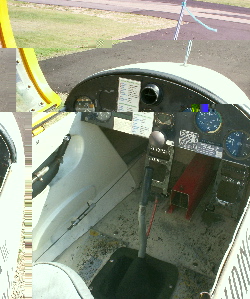 Once he overcame the initial hurdle of learning to control the plane, Riker continued to hone his skills by making 27 more flights over the next three weeks. He learned how to handle emergency situations such as stalls and spins while preparing for his first solo flight. Riker recalls the fear he felt the first time his glider entered a stall and plummeted toward the ground. "I thought we were going to die!" he exclaims. But he learned to carefully level the glider and bring it out of the stall while preventing it from entering a second stall. Riker also practiced correcting the glider after letting it spin out of control in an effort to learn how to prevent deadly emergencies from occurring.

Riker's parents Jim Riker and Rosalind Grigsby recognized the dangers of gliding and were worried about letting Riker learn to fly. But they understood Riker's passion for flying and supported him through his training. "It was a great opportunity for [Riker] to pursue his dreams," Jim says. He knew that Riker was in "good hands," living and learning among the pilots at Mile High Gliding.

Riker's experience of learning to fly a glider exposed him to a close-knit community of pilots. In his time at the club, he met and befriended bush, airline and recreational pilots who opened Riker's mind to the numerous career paths in flying. Although Riker is unsure of whether he will pursue flying as a career, being a bush pilot, a pilot who flies to otherwise inaccessible areas to deliver supplies, appeals most to him. "Flying is kind of a selfish hobby, [but as a bush pilot] I would really get to do some good by flying," Riker explains.

For most pilots, the first solo flight is the most memorable and important flight they will take. For Riker, a successful solo flight meant that he would earn his student pilot's license. "It's a big deal," Mackinder says. "You kind of join an elite club." Riker entered the cockpit for his first solo with shaking hands and one word running through his mind: "Yikes." But as soon as he wiggled the glider's tail to signal for the tow plane to take him up, every ounce of worry was replaced by adrenaline. "I started moving, and from then on it was the most fun experience of my life," Riker exclaims, gesturing with excitement as he recalls the flight. When Riker's feet touched ground again he was mobbed by pilots and friends from the club who congratulated him for his success. 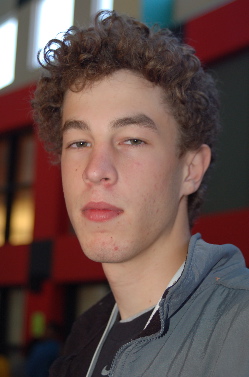 Two days later, Riker found out that two friends he met at the club died in a gliding accident the previous day. The pilots were flying in the mountains when their plane went into a deadly spin. "It was kind of a shock," Riker says slowly. The incident left him unsure of whether he wanted to fly again. Riker spent the next week talking to people at the club and ultimately decided to continue flying. "If she hadn't been killed, she would have told me to keep flying," says Riker of one of his friends, a 19-year-old girl, who was killed.

Since then, Riker has flown five solo flights and numerous other flights with Mackinder. He is searching for nearby glider clubs to train for the written, oral and practical exams he must pass to earn his full glider pilot's license, which would allow him to carry passengers. Next summer, Riker plans on returning to Colorado to fly engine planes and work towards a full pilot's license. "[Engine planes] are different. Possibly more fun, but I'm not sure if that's possible," he says, expressing genuine doubt as to whether anything could be more fun than gliding.