Blazer spirits are high after the Nationals win it all

When Washington, D.C. won its first baseball championship in 95 years in late October, they unified an otherwise politically polarized city. Instead of talking about impeachment and the 2020 elections, Washingtonians were singing “Baby Shark” and chanting “finish the fight.” The World Series brought to the DMV a wave of excitement that only a sports championship can bring. 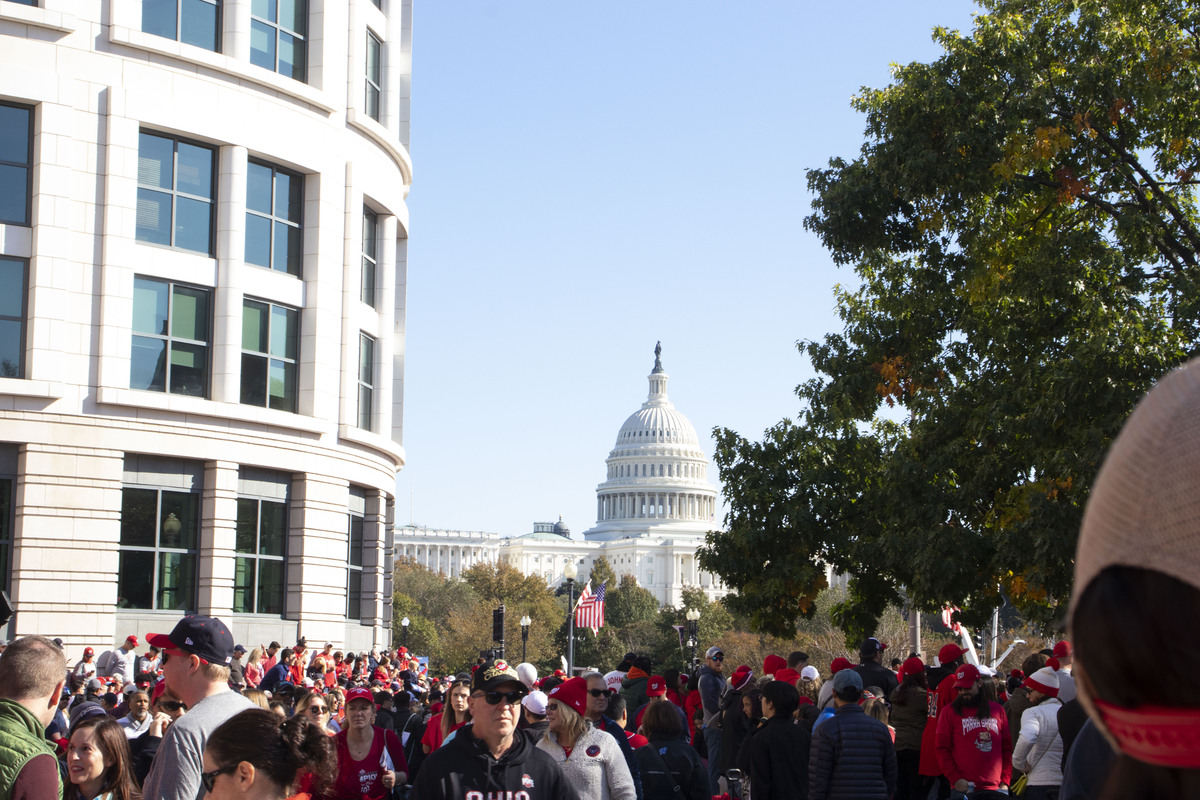 Blair students showed their Nationals pride the morning after the game seven win, flooding into the school decked out in Nats apparel. Although both students and teachers stayed up to catch the game’s thrilling end at midnight, the mood certainly did not reflect the fatigue they felt. Teachers and students congratulated each other all day, their spirits high after finally experiencing a rewarding postseason.

Blair is home to many long-time Nationals fans who have been waiting for this moment since the team’s first season in 2005. Sophomore Calvin Tobias, who witnessed the team win it all at the Four Corners Pub across the street from Blair, is has been a fan since the start. He watched every game this postseason, and says his favorite moment of this year’s playoffs was “when Howie Kendrick hit a grand slam in game five of the National League Division series.”

Though some Blazers tracked the Nationals’ rise to the top throughout the season, others tuned in for the first time for game seven. Senior Amelia Frey, though not a huge baseball fan, found it exciting to watch the Nationals win and celebrate alongside some of her baseball-loving family. “It was really exciting to watch. I think it was the only game that I actually watched and I don't want to be a fake Nats fan,” Frey said. “But it was really exciting to see them win and to see how D.C. united after that.”

Blair English teacher Keith Anderson said that the evening of game seven involved a lot of screaming at the TV while watching the game by himself at home. Anderson, who is from New York and grew up a Yankees fan, has been a Nationals fan since he moved the area in 2005 and was surprisingly emotional when the Nats clinched. “My attachement to the Nationals is that I moved to D.C. the same year that they did. I went to a bunch of those RFK games when they were really, really bad,” Anderson said. “You realize that when a team is local to you, even when you don’t consider yourself a diehard fan, they are connected to you in ways that you don’t imagine.”

Diehard baseball fans enacted all of their superstitious rituals on championship night. While players sported their lucky shirts and uniforms, fans carefully calculated their own actions in front of the TV. After the Nationals scored while he was standing, junior Jacob Yokoyama pledged to stay standing for the rest of the game. Other fans planned their actions at the watch party at Nationals Park. Junior Yujin Sasaki carefully switched seats in the stadium hoping that it would inspire a comeback. All of this superstition must have worked, because by the end of a long night of extremely coordinated movements, the Nationals had secured a baseball championship.

Fans are undoubtedly eager for spring's arrival to hopefully see the beginning of another successful season of Nationals baseball. Until then, the D.C. area will be riding the wave of glory that the 2019 Nationals team brought home to Washington.