In a confidence boosting home opener, the boys' varsity tennis team (2-0) defeated the Northwood Gladiators (0-2) in a 7-0 victory, their second in a row after defeating Wheaton 7-0 in their season opener.

According to Coach David Ngbea, Blair's victory over Division III Northwood came as no surprise, but the team still has work to do in preparation for fiercer competition, including their next match against Division I team Quince Orchard. "We won 7-0 which is very good, but this is more of a warm-up," he said. 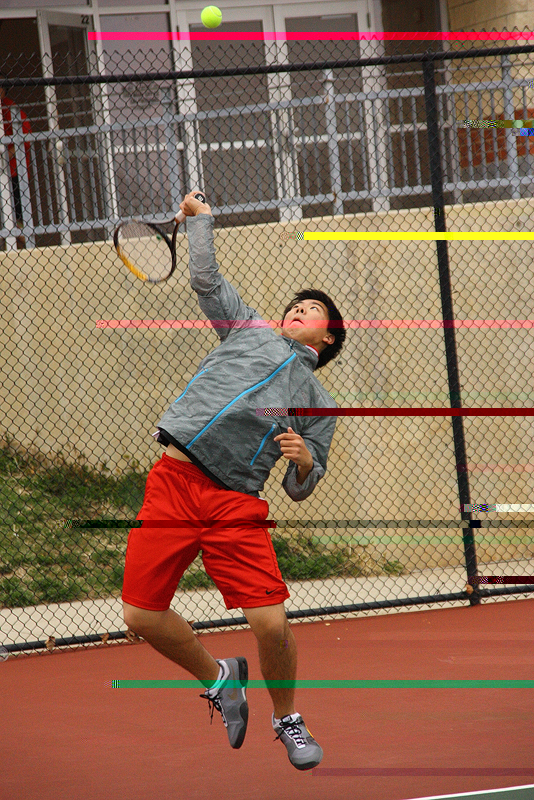 The Division I Blazers were able to dominate over the less experienced Gladiators, winning games in two sets by comfortable 6-0 or 6-1 margins and finishing entirely in less than an hour. The second doubles pair, comprised of sophomore Daniel Berg and freshman Neil Davey, defeated Northwood particularly swiftly, taking under 30 minutes to win 6-0, 6-0.

Similarly, the first doubles pair of senior co-captains Michael Lee and Gill Guo defeated Northwood players 6-0, 6-0. Strong communication and movement contributed to the pair's success. "For doubles, communication is important, and today we set up people at the net really well," said Lee. Guo and Lee also delivered powerful serves, a skill that Ngbea wants the rest of the team to continue working on.

Ngbea said he was impressed with the serves and consistent play he saw throughout the game, but the Blazers will have to keep improving as they compete against more challenging teams. "If we are going to lose, it's usually because of serves or volleys. So we are working on those. If we are able to improve we should be competitive against the other teams in the division," he said.

The boys' tennis team will play their next home match on Thursday, Mar. 24 against Quince Orchard at 3:30 p.m.