In their second match of the season, the girls' volleyball team (1-1) won against the Rockville Rams (0-2). The Lady Blazers knocked off the Rams in a series of three sets with scores of 25-18, 25-22 and 25-20. With powerful serves resulting in solid aces and coordinated sets, Blair was able to start each match strong with a lead, and their stout defense did the rest.

To begin, Junior Leila Habib initiated powerful blocks to combat the seemingly strong Rockville serves. Continued Rockville rallies were broken, with junior Jade Liu digging deep to salvage passes and initiate solid sets. On offense, senior captain Amy Yan led a strong back court, resulting in several instrumental kills. Upon reaching 20 points, the Blazers stepped up quickly against the Rams. As Rockville delivered unsuccessful attacks, the ball either landed outside of boundary or failed to get over the net. 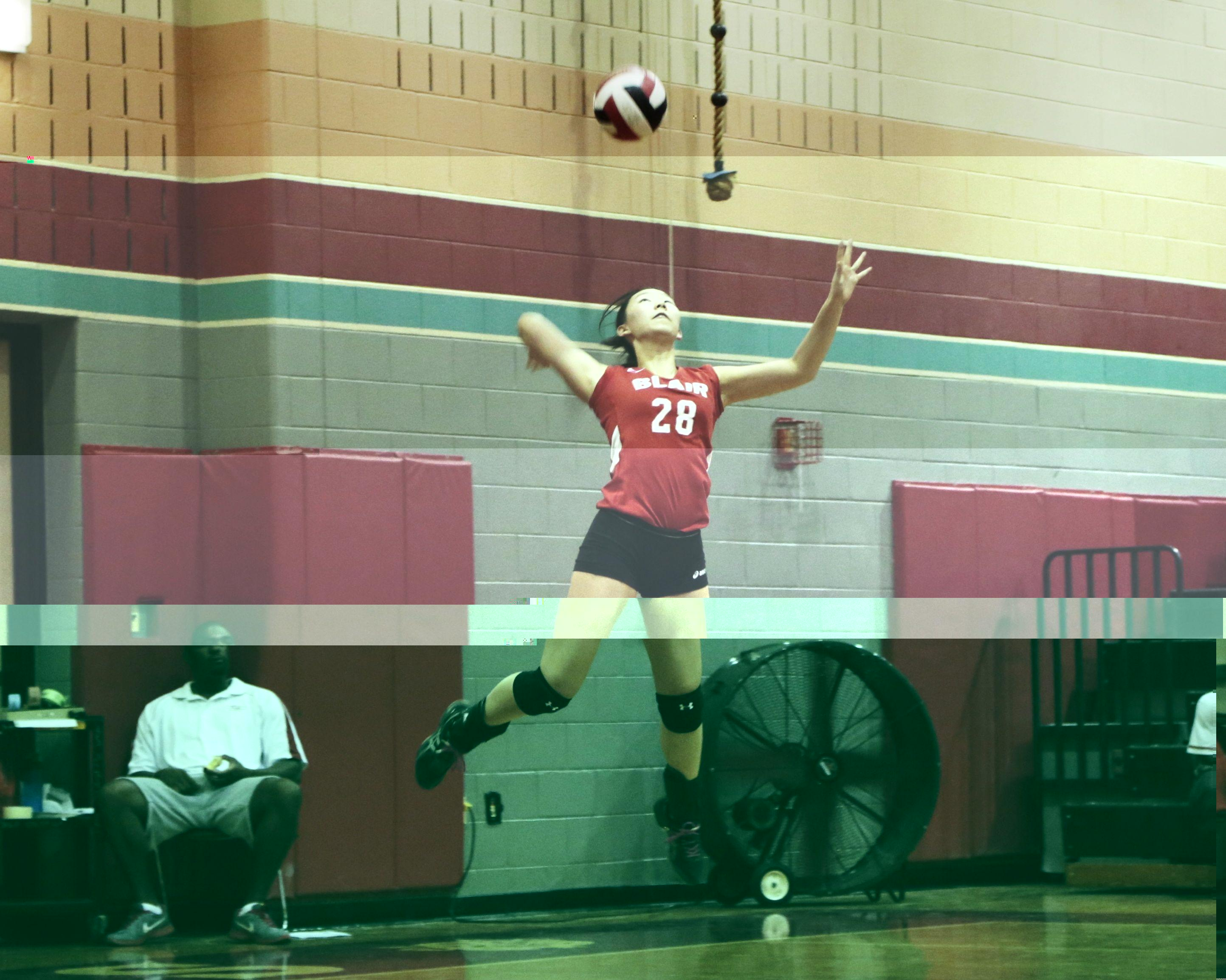 The second set started with a Ram advantage. With deftly executed passes and solid attacks, the Ram's gained three points. However, Blair caught up with an equally strong series of aces, thanks to junior server Emily Daly. A few missed digs from Junior Rowan Afflerbach temporarily caused the Blazer's to fall behind, but Blair caught up quickly. The Rams' continued out-of-bounds mishaps and Daly's aces contributed to a close win for Blair in the second set.

With a two set lead, Blair continued to grind. Sophomore Guisselle Barreto delivered four consecutive aces to open up the set. Rockville's failure to serve over the net, and Yan's consistent left-side blocks allowed the Blazers to extend their lead. The third set continued in the same pattern with the Ram's errors and a strong Blazer offense allowing Blair to build its lead.

Towards the end, Habib performed a kill that put Blair at a lead of two more points. Despite occasional digs that didn't follow through, Blair finished the Ram's off with Liu's successful ace.

Liu commented that girls' volleyball worked well as a team and getting back into each set with confidence. "We did well in execution and getting back in,” she said. To Barretto, a strong start was the key in keeping the score steady and increasing. "We started off strong,” she remarked.

Post-game, Coach Klein pointed out to girls' that techniques done in practice were carried out in last night's game. "We did what we did in practice,” he said.

Girls' volleyball will play their next home game against Northwood on Sept. 23 at 6:30 pm.