Prizes include a performance at The Fillmore this August

Alternative modern rock band Throwing Wrenches, whose singer and guitarist is Blair sophomore Shyaer Parvez, won first place in the second annual MoCo's Got Talent on May 31 after defeating over sixty other contestants in the three-round competition at The Fillmore in Silver Spring.

The competition, held by The Youth Development Team of Montgomery County Recreation, accepted groups and individuals 18 and younger from Montgomery County. Initial auditions began in April, culminating in the final round at The Fillmore a couple of weeks ago. 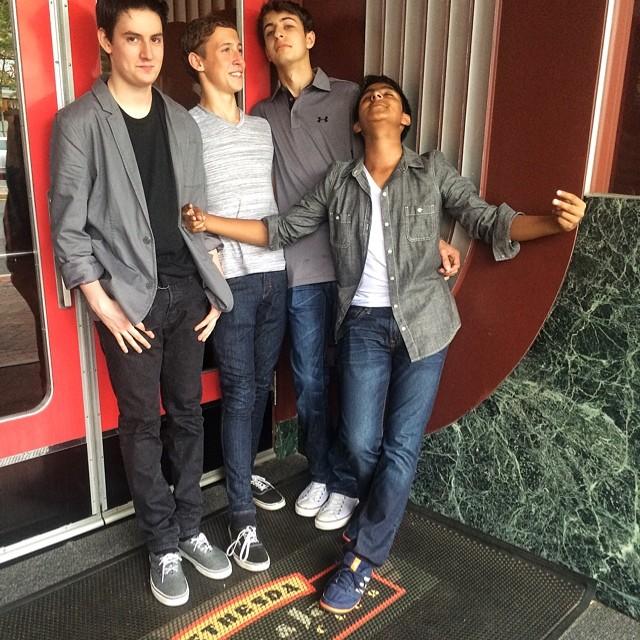 For Parvez, the win was an amazing experience. "It was really surprising when we won, and I felt ecstatic," he said.

As a result of their win, Throwing Wrenches will have the opportunity to record three demos in a professional studio and perform at The Fillmore in early August.

Their instructor, Tyler Lefevbre, played a major role in their success. "He's a producer and he's really talented and has worked with Grammy-nominated people," Parvez said. "He still takes time out of every week to work with us and we're the only band he teaches. His love for music keeps pushing us forward."

The band formed four years ago after Parvez and Quince Orchard junior Jacob Elder were paired together at a music camp. Eventually, they recruited Walter Johnson freshman Nick Morper as a drummer and Magruder sophomore Ian Aleman as a bassist.

They have already established a fan base, mostly in Montgomery County, with their Facebook page that has garnered over 1200 likes. "I've heard many of their songs and they're all pretty good," sophomore John Lathrop said.