Students receive this award based on their performance on the PSAT/National Merit Scholarship Qualifying Test (PSAT/NMSQT). Finalists will be announced in February. 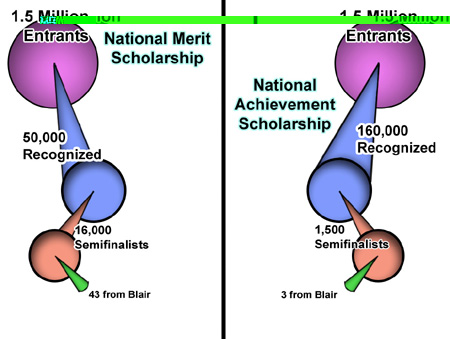 Out of an estimated 1.5 million possible applicants, only about 50,000 high-scoring entrants meet the criteria for the NMS. About 16,000 qualifiers are named semifinalists. Out of more than 150,000 qualifiers, only 1,600 students progressed to the Semifinalist stage of the NAS, awarded specifically to black students. Finalists for the NAS will be announced in late January.

Last year, all 43 NMS and six NAS Blazers advanced to the Finalist stage of each program.

The National Achievement Scholarship Semifinalists for the Class of 2009 are:
Lindsay Brewer
Jesse Gonzalez
David Harris