Two seniors will be awarded at National Recognition Weekend

On May 2, seniors Eli Okun and Sandra Yan were chosen as two of the nation's Presidential Scholars. The Presidential Scholar Program selects up to 141 high school students within the United States and its territories for exceptional academic and civic participation. The 2011 scholars will receive the Presidential Medallion during National Recognition Weekend, an event that takes place in Washington, D.C. from June 18 to 21.

The Presidential Scholar Program, which was established in 1964, chooses one male and one female from each state in addition to the District of Columbia and Puerto Rico based on scholastic excellence. The pool of honorees also includes 15 at-large candidates and 20 Presidential Scholars in the Arts. The White House Commission on Presidential Scholars selected Okun as the District's male scholar and Yan as Maryland's female scholar. The other Maryland scholars are Clara McCreery of Walt Whitman High School and Nathan Chai, a home schooled student. 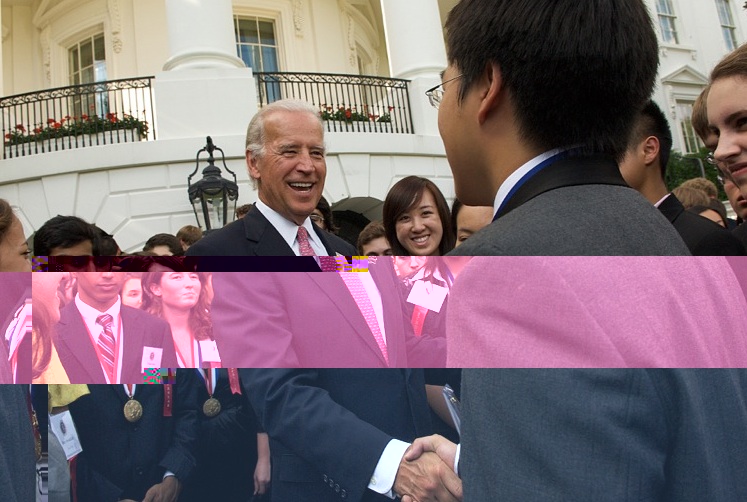 The selection process is split into three rounds. Each October, high school seniors who perform exceptionally well on the SAT or ACT are automatically entered into the consideration pool. The Department of Education measures the top scores of each state to determine 2,600 candidates, who are then narrowed to 500 semifinalists. Of these semifinalists, the White House Commission on Presidential Scholars chooses the finalists based on academic or artistic excellence, academic records and essays, as well as evidence of community service, leadership and participation.

Scholars are also expected to select a teacher that inspired or influenced their academic careers. These teachers will also attend the National Recognition Weekend and receive the Teacher Recognition Award, a program sponsored by the U.S. Department of Education.

Okun selected Kevin Shindel, who teaches Research Methods and Seminar for the Communications and Arts Program (CAP). "He pushed me to think more deeply about who I was and my role in society," Okun said. "His class involved a lot of introspection and discussion, which I appreciated."

Yan selected Mary Lou Thornton, who teaches U.S. History. "When I walked into her class, it was an incredible experience. She goes beyond the textbook, and is such an interesting, lively person that truly cares about her students," Yan said.

Overall, Okun was grateful to be recognized for his academic and personal work. He cited his position on Silver Chips Print, his internship at The Washington Post and his participation in Blair extracurricular activities – Jewish Culture Club, Model UN and the theater program – as the main reasons for his selection. Yan emphasized that her interest in neuroscience, which pushed her to volunteer at hospitals, nursing homes and the Special Olympics, helped set her apart from other candidates. "It's incredible to be awarded for pursuing my passions,” she said.

Okun and Yan, both of whom will be attending Brown University next fall, agreed that being introduced to fellow scholars will be the highlight of National Recognition Weekend. "I'm looking forward to meeting such a diverse group of kids from all around the country," Okun said.