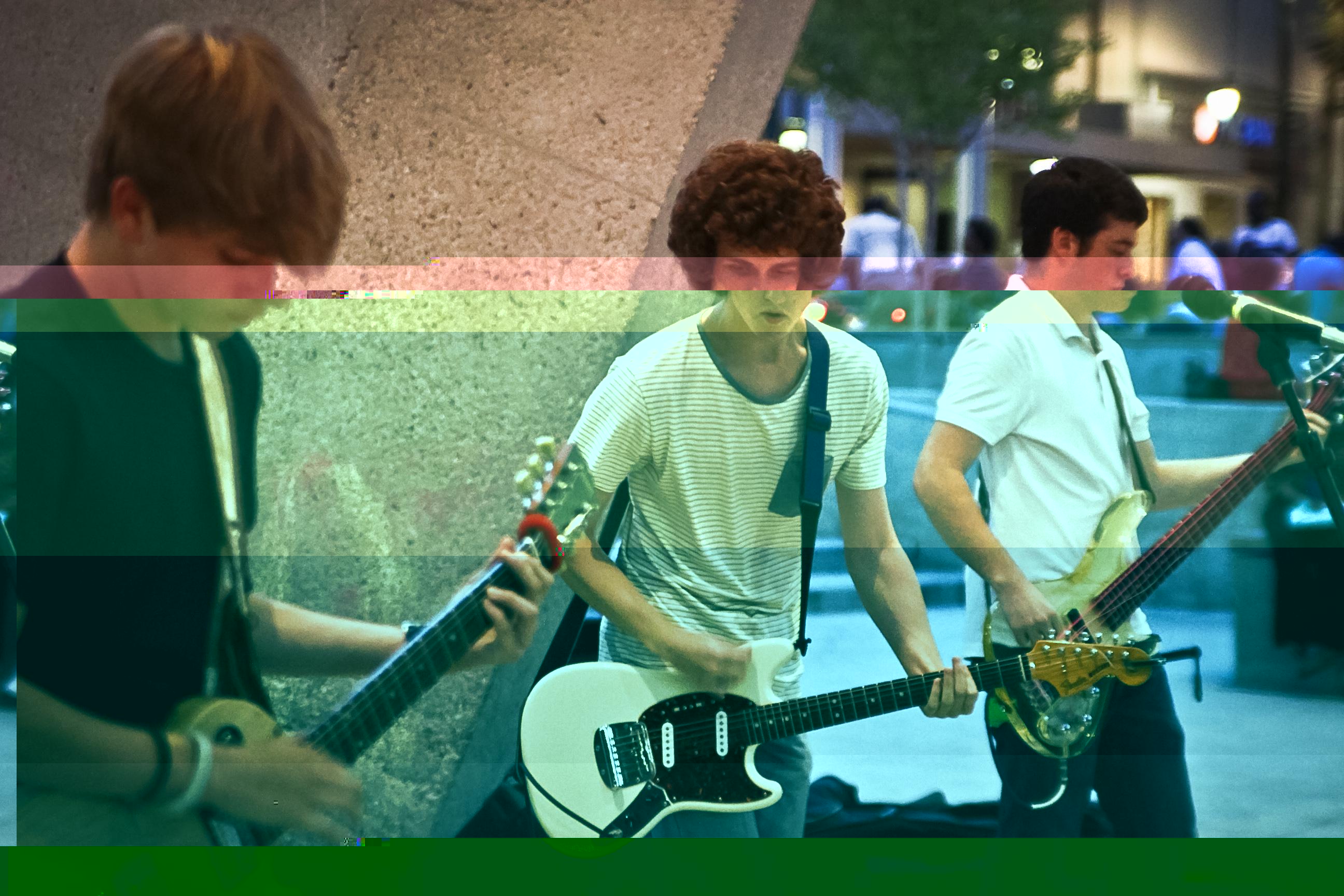 Photo: "The Flying Mighty" is a band consisting of Blair juniors Brendan Casey and Noah Elkind, as well as Finn Cohan and Lewis Andrews, who do not go to Blair.

Photo: "The Flying Mighty" is a band consisting of Blair juniors Brendan Casey and Noah Elkind, as well as Finn Cohan and Lewis Andrews, who do not go to Blair.

The event was organized by Carolyn Michell, mother of junior Alex Michell, as one of SSTC's regular Wednesday night youth performances, next to the civic center in downtown Silver Spring.

According to its mission statement, SSTC tries "to provide a vibrant, inclusive and engaging community gathering place that enriches the lives of residents of the Great Silver Spring area." The organization holds a youth performance showcase every Wednesday night, June through September, called "Wednesday Night STARZ" to try to keep the area safer than it usually would be Wednesday nights. "We [rent] the space for free [in order to] help keep [the area] family friendly," Lisa Martin, executive director of performing arts management of SSTC, said.

Carolyn Michell first got the idea of organizing "Blair's Got Talent!" after seeing students perform at Blair's silent auction last year. She liked that Blair students had such an assortment of musical capabilities. "[There is a] variety of talent at Blair [so I] wanted to provide [the] opportunity for teenagers [to showcase their musical talent]," Carolyn Michell said. She was then directed to Lisa Martin who gave them the date and then she told Alex to tell his peers about the upcoming event. 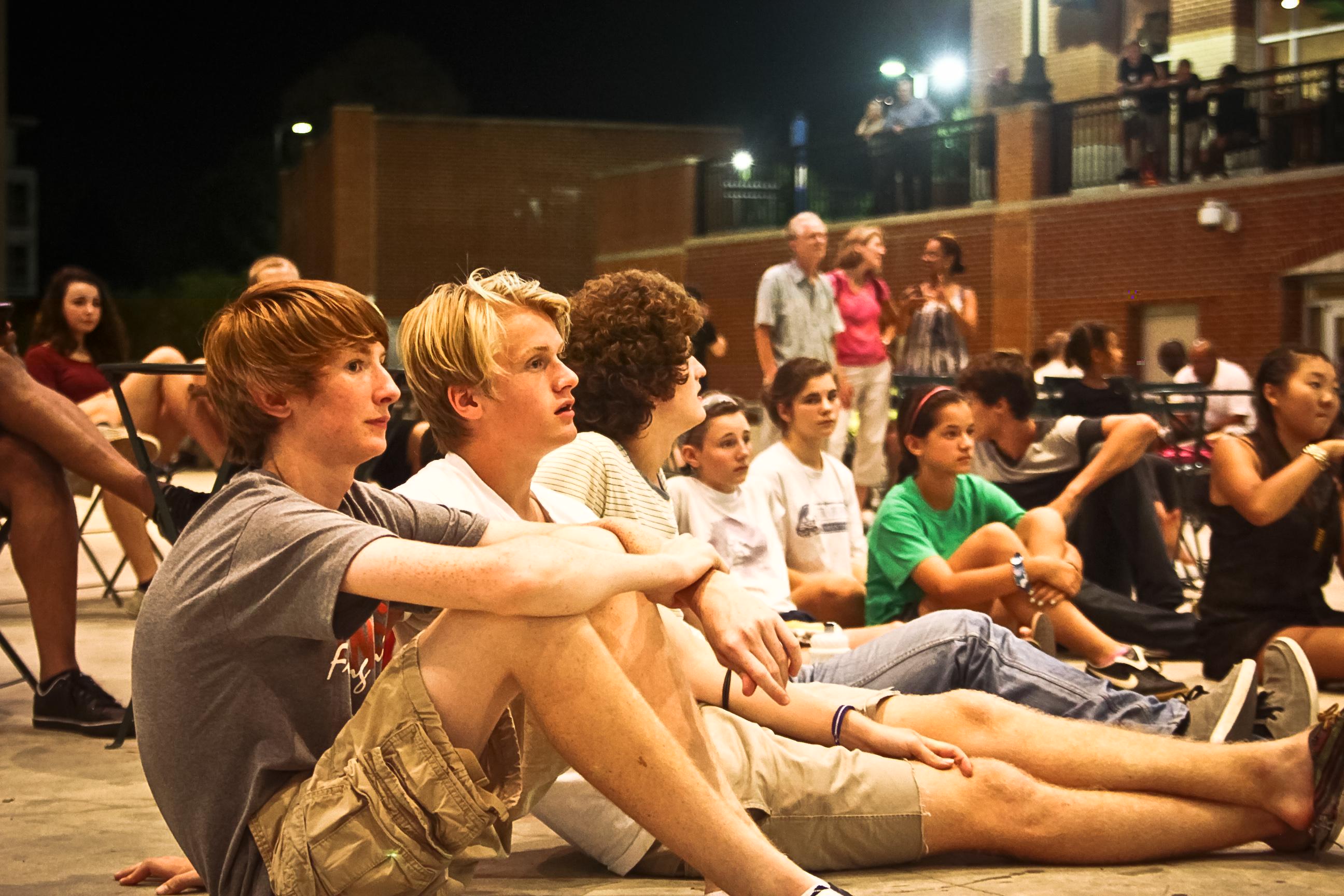 There were a few obstacles in organizing the event, which was originally supposed to be earlier in the summer." We missed the first date in August, [so we] got this date instead," Carolyn Michell said. There was also a problem with the initial set of performances. "[There was] originally supposed to be more stuff, but that never happened," Brendan Casey, a member of "The Flying Mighty," said.

Carolyn Michell also felt that they could have done a better job in getting a large audience to come see the performances. "We fell short in getting [the] word out," she said, but was pleased with the overall result, saying, "It turned out excellent especially for the first time."

The various bands, all of which are based in Takoma Park and Silver Spring, know each other and have performed together in the past. "I love playing with these guys," Casey said. "[It was] cool to hear how everyone's music is going," Casey said.

Junior Maggie Sauber attended the event and also said she had a good time. "It's cool to support local bands [and it is] fun to see friends from school," she said. "It was really relaxed, which is good, and if they did it again [I would] go."