Blair managed a small lead in the first quarter when senior Max Schaeffer scored the Blazers’ first goal early on. The Blazers scored three more goals in the first half of the quarter, and Magruder’s players grew frustrated with their own inability to respond. 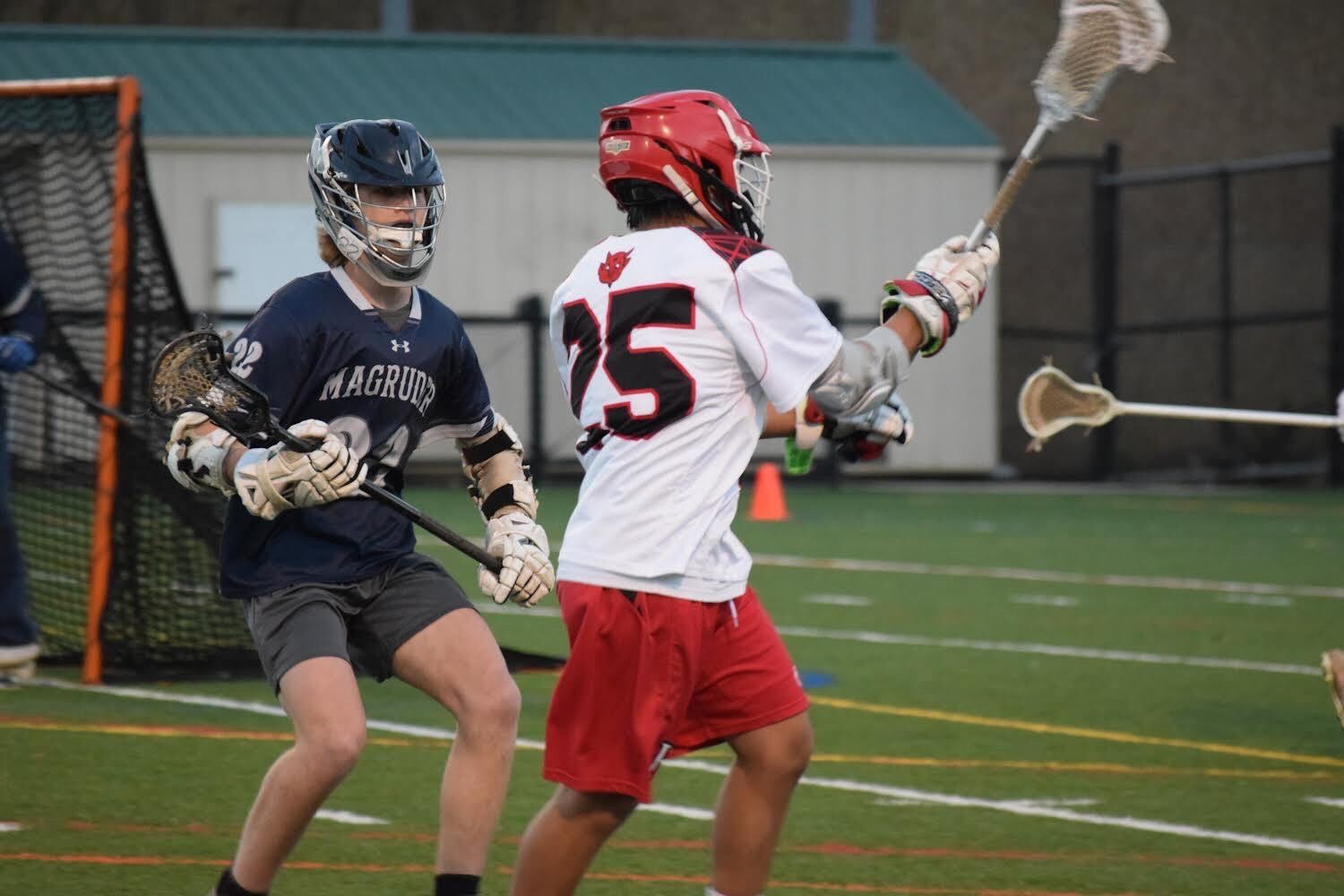 Photo: Blair's number 25 passes the ball in front of the opposing goal.

Throughout the first quarter, Blair stifled Magruder’s offense while managing to quickly return the ball to the opposing side by Blair’s midfielders. Blazer fans cheered the team on from the student section as the quarter ended with a 4-0 score.

In the second quarter, the Blazers remained in control, maintaining a significant lead. Magruder scored their first goal halfway through the quarter, but it was matched just 10 seconds later by senior Michael Dinkel.

Both sides began to play more aggressively as the gap between scores widened. After tripping over a Magruder player, junior Boston Stofa launched the ball into the goal while on the ground, bringing the score to 7-1.

With 30 seconds left in the half, Magruder brought the ball over to Blair’s goal, where chaos ensued. Several players fell and referees rushed over to make a call. Play stopped and two Blair players were penalized and sent out of the game. However, there wasn’t enough time for Magruder to exploit their advantage and the half ended with a 10-1 score.

Blair kept the ball around the opposing goal for the majority of the third quarter, but Magruder countered by playing with more urgency. Magruder scored their second goal of the night early in the quarter.

Magruder called a timeout to regroup after the demoralizing first half. Blair broke the huddle with enthusiasm, ready to continue their command of the field.

Magruder played a bit too aggressively and received multiple penalties in the last minutes of the quarter. In the final seconds of the third quarter, Magruder circled Blair’s goal but wasn’t able to find an opening to make a shot. The quarter ended with a score of 11-2.

In the final quarter, the Blazers continued to keep Magruder out of the goal. It started drizzling about halfway through the quarter and many Blazers started to leave the stadium, as the game seemed to be settled in Blair’s favor.

Shortly after, it began to pour. Parents, like the Blair students, filed out of the stadium. Multiple timeouts were called in the last few minutes, prolonging the game in the rain. The game eventually ended as a Blair win of 11-3.

The Blazers will play their next home game on Wednesday, April 20 against the Wheaton High School Knights at 7:15 p.m.