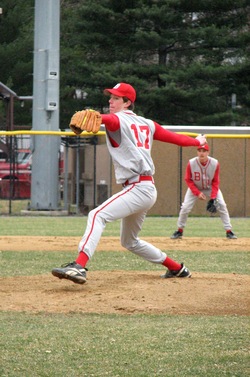 Tremendous expectations lie on the shoulders of Blair's varsity boys' volleyball team after bringing home county championship plaques the last two years and division championship trophies the last three years. With nine returning players and losing just two starters, Adrian Cretzu and Timothy Lee, to graduation and to the coed volleyball team, the Blazers were expected to finish the match against the Springbrook Blue Devils in three straight sets.

But sickness took the starting and sole setter Willy Li off the court, leaving co-captain Jay Chang and senior Allen Zhang setting 6-2 formation with 6 hitters and 2 setters playing. Though the Blazers began their match against the Blue Devils with a 25-17 victory, they lost the next two games 22-25 and 20-25 as they took time to adjust to the temporary lineup, but came back strong to win the match 25-10 and 15-11.

Both teams began the first match on shaky ground: the Blazers with two substitute setters, and the Blue Devils with a new team. As players on both sides of the court shanked passes, missed serves and dropped balls due to miscommunication, the score was evenly matched at 8-8, until Chang jump-served four powerful aces and gave Blair a fair lead. This substantial cushion gave Blair the upper hand, although most of Blair's sideouts came only from Springbrook's missed serves. The Blue Devils' errors and kills from Wolf, Chang and senior Tim He clinched the game at 25-17 with Chang's spike in the opposite corner.

But the Blue Devils tightened their game and minimized their errors in the second game, in contrast to the Blazers' inconsistency in hitting and serving. Although Blair's serve receive improved from the previous game's shanks, there was little connection between the setter and the hitter since fresh setters Zhang and Chang did not have practice in this position. Too many rallies ended with spikes into the net and blocks by Springbrooks' 6' 9'' middle Robert Orton. Though the Blazers had five kills in dead center, the most kills in any game, sloppy coverage ended the play 22-25 by a three-point margin, points that made Blair's four missed serves regrettably crucial. 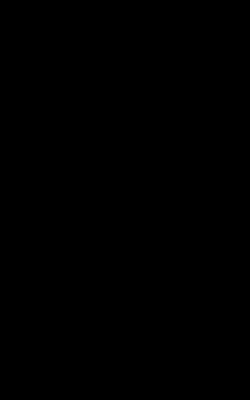 Photo:
Adjusting to Springbrook's tall block in the third game, the Blazers opted to tip or roll the ball over Orton, but the Blue Devils' scrappy coverage foiled this tactic. Evenly matched at 5-5, 7-7 and 16-16, Blair's superior hitting outdid Springbrook's half-hits, but Springbrook's solid defense bested Blair's coverage behind the outside block.

The untried rotation reared its ugly head in the first three games along with first-match jitters, but by the fourth, the Blazers stepped up their game with sheer determination. "In the beginning," Chang said, "we were still cold, we didn't who was where, who was doing what."

The fourth game was suggestive of Blair's true strength. Junior Willy Marte served up a 7-1 lead, sending the Blue Devils sprawling across the court, in combination with off kilter Springbrook passes and two deserved double hit calls. With Chang, Zhang, He and Wolf spiking away at the ball, the Blazers pounded ball after ball into Blue Devil territory, piling up points on the scoreboard. The advantage of having six hitters, including versatile Chang and Zhang, is that the setter always has someone to go to. As though in sweet revenge, the Blazers emerged victorious with a triumphant 25-10 score, ending the game on Chang's powerful ace landing just inches after the 10-foot line.

In the fifth deciding match of 15 points, the Blazers hardly began with the same electricity seen in the previous game. Starting with Zhang setting and Chang passing, then switching back to Zhang passing and Chang setting in the middle of a Blue Devil serve, Blair's lackluster serve receive gave Springbrook the advantage 6-9, at which Coach Sang Ahn called Blair's second timeout of the match. Ahn's encouraging words "Let's get a pass, set, kill" and "Just move your feet" apparently had a positive impact on the Blazers, as Wolf's kill down the right line and Chang's tricky tip before the net increased the score to 11-10 and turned the momentum. Thankfully, while Springbrook struggled to hit even easy balls over the net, junior Anton Do's dependable serves brought the Blazers up to 14-11. Ironically, the Blazers took the final game on a Springbrook missed serve, ending the match against the Blue Devils.

Although the Blue Devils lost, Springbrook coach Warren Deng thought it "was a tough match, especially because of Blair's history," expressing his pride for the relatively new team compared to Blair's defending champs. "We lost, but I'm happy they went to five. We didn't expect to win today."

But the Blazers expected to win and despite a rocky start, Chang and Wolf agreed that even with the absence of setter Li, the Blazers managed to pull off a victory "with a lot of heart," as Chang put it. "Even though our setter wasn't here, we still worked together," added Wolf.

Yet the Blazers' own errors: inconsistent serving, hits into the net and mediocre defense show that the boys still have a lot to work on. Ahn commented, "We have a long season ahead of us."

The varsity boys' volleyball team plays its next home game on Wednesday April 11 against Northwood at 7 p.m.

Julie Zhu. Despite her innocent appearance, Julie Zhu is a demon at heart. She enjoys fire breathing, serial commas, (,!) and eating the remains of art staffers. Warning: Don't be surprised if you see her busting a move in the 260s hallway. More »