Even their faulty communication and adequate level of play did not prevent the varsity girls' soccer team (9-1) from defeating Richard Montgomery 3-1. While Blazers kept the ball on their half of the field for the majority of the game, their possession was short-lived; they managed only tenuous dominance overall. 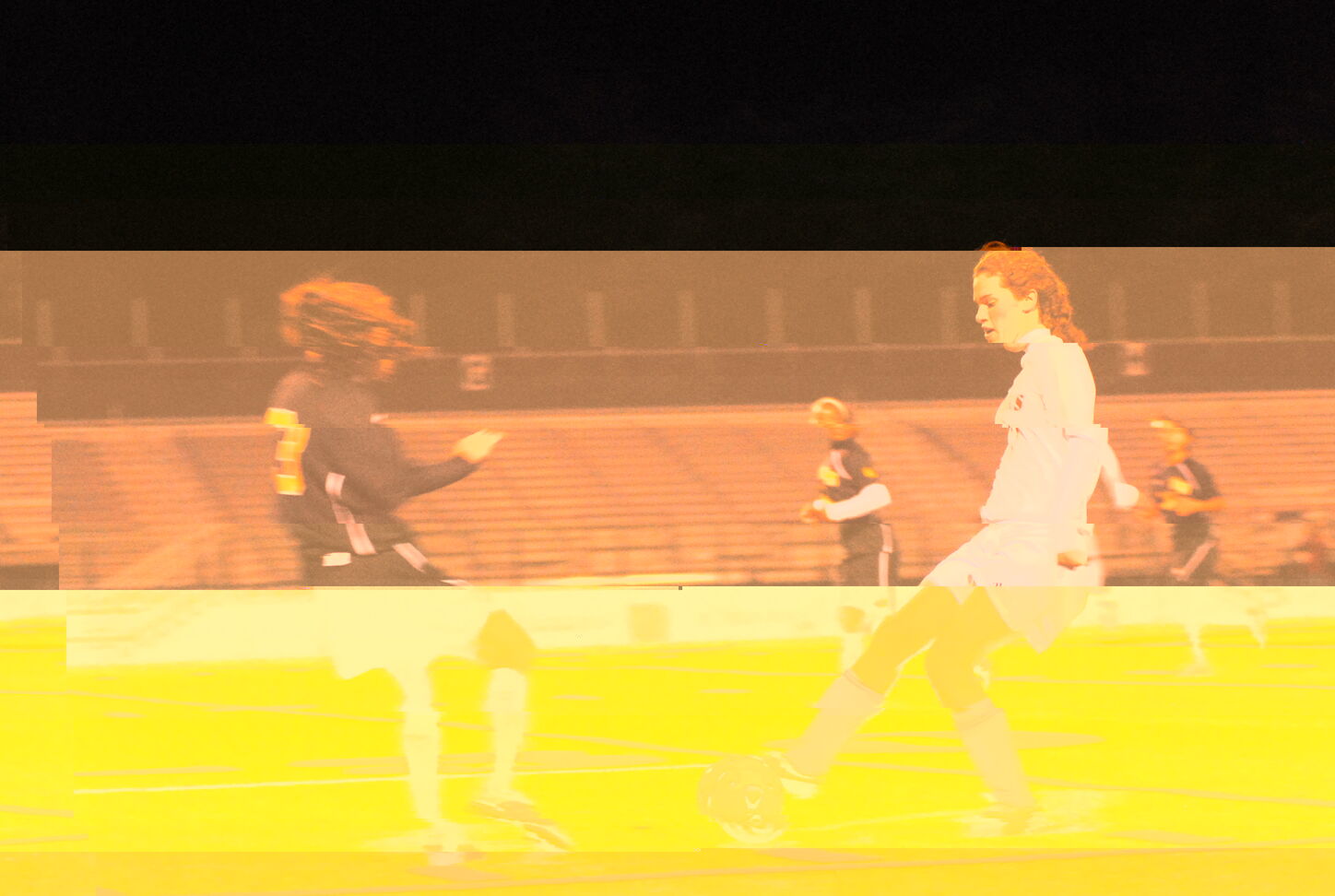 The end of the second half was filled with unsuccessful free kicks, corner kicks and goal attempts. Sophomore Jamie Kator delivered strong offensive plays down the sides of the field, but lost control of the ball and sent it over the goal to keep it away from the RM defense.

Blair's passing skills improved toward the end of the game. With about 20 minutes remaining, Kator scored Blair's second goal with a strong shot to the back left corner of the goal. The final goal of the game was another victory for Kator, who kicked a long shot after receiving the ball from Read. The goal occurred with 17 minutes remaining, and rendered the Blazers victorious. Coach Robert Gibb recognized Kator as one of the star players of the game, along with senior co-captains Erica Horne and Kelly Pelz-Butler.

Kator was generally pleased with Blair's performance, and thought the game went better than the Blazers had expected. "The team worked well to get back," she said, praising the team's comeback in the second half. Gibb agreed, noting that players were quicker, passed better and exhibited stronger defense. He also admitted that it was not the team's strongest game, as many players used the game as an opportunity to get back in shape. "We can play better," he said.

At the beginning of the game, Blair immediately set the tone by gaining control of the ball and attempting their first goal within the first minute. This was unsuccessful, like six other attempted goals in the first half, and resulted from lapses in communication among players. Senior co-captain Imani Pierre said that the lack of communication was a consistent weakness, and "talking more" will be crucial to victory in their next game against Gaithersburg. 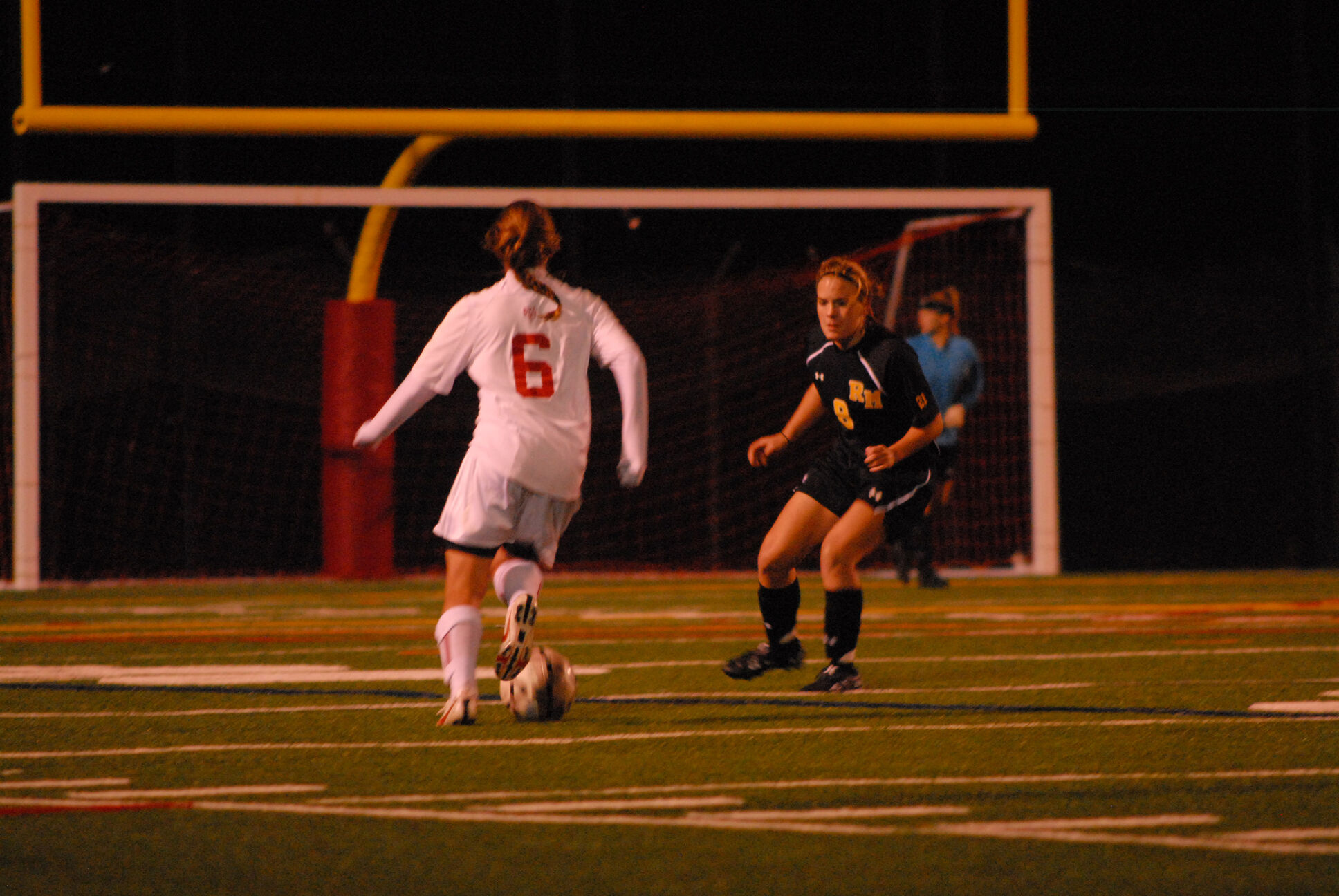 The RM defense was not at its best, as it quickly lost possession after stealing the ball from Blair's offense. Twice within the first 10 minutes, Kator stole the ball and brought it far down the field within scoring territory. But in each instance, no other players were there for support, and the RM goalkeeper managed to snatch the ball.

RM took their first free kick 11 minutes into the game from inside their own half, but quickly lost possession to Blazer offense. Blair kept play of the ball in their half of the field, providing minimal work for the defense in the first 15 minutes.

After junior Sophia Read's failed goal attempt flew wide of the left goalpost, sophomore Martekor Martey scored Blair's first goal 20 minutes into the first half. With the Blazers in the lead, RM intensified their attack mentality, which paid off when they scored their first goal with seven minutes remaining in the half. One of their forwards zipped past three Blair defenders and booted the ball to the back right corner of the goal.

Free kicks and corner kicks from both teams late in the half resulted in nothing but fruitless scrambles for fleeting possession of the ball, leaving the teams tied at halftime.

During the halftime huddle, Gibb recognized that the girls were rusty, but encouraged them to step up their game in the second half. "This is what we get when we take a break, but we can't just get out and go through the motions," he said. Gibb called for more creative offensive plays and warned against being "single-minded on offense."

Regardless, Gibb still believes the team has a strong chance for a playoff victory. "If we play our best, we will win, but we definitely have to play our best," he said.

Blair began the second half with the same starting lineup and four-four-two formation. Horne said that the formation provided assurance for the players. "It gives us confidence in the back to support the offense and confidence in midfield," she said.

The girls' varsity soccer team plays their next home game Tuesday, Oct. 27 against Blake at 7:00 p.m.