Healy's 17 points not enough to topple the top-seeded Vikings

Going into last night's game against the lady Blazers (15-8), the Whitman Vikings (21-2) were ranked 11th in the greater metropolitan area, and one of the county's perennial powerhouses. In their last two games against the Blazers, the Vikings had certainly showed why, outscoring Blair 123-59. However last night's game was nothing like the previous two. In front of an electric crowd, the Blazers went on the road and played the Vikings even throughout the game before coming up just short at the end, and ultimately falling 41-40.

Opening up the game, the Blazers flexed their strong interior presence as senior forward Debbie Olawuyi dominated inside. Olawuyi's strength in the post kept Blair possessions alive, and prevented Whitman from getting any second chance points. After senior Erica Adarkwa fed leading scorer Maggie McClain for an easy layup, Blair jumped to an early 2-0 lead. The Vikings were quick to respond, however, as senior point guard Maddie Cannon drilled the first of Whitman's four total three pointers to give the Vikings a 3-2 lead. Whitman would not trail the rest of the game, and after going on a 12-2 run to close the opening quarter, Whitman found themselves ahead 12-4. 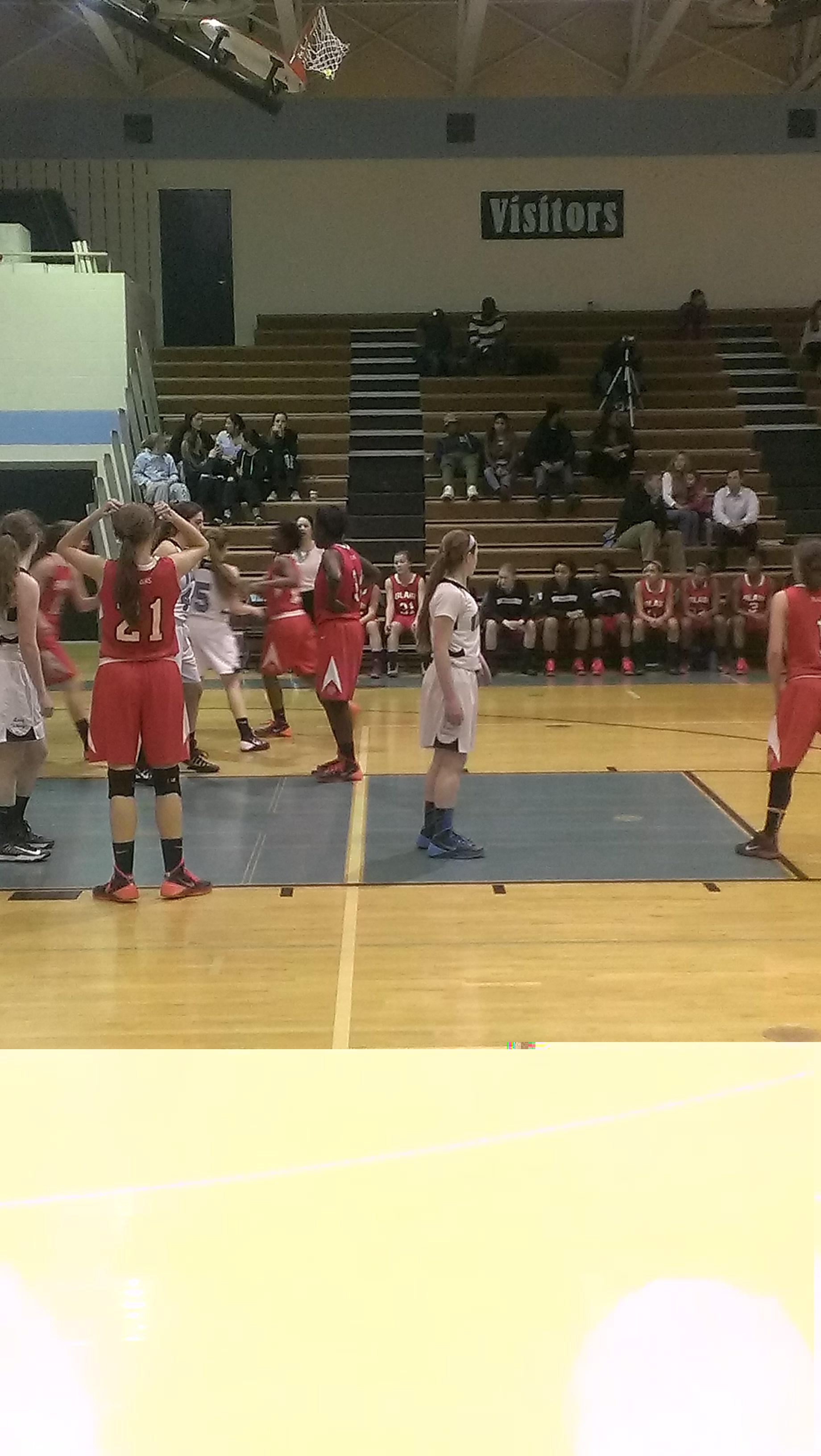 Photo: The Blair Blazers came up just short in their third meeting with the Vikings.

Photo: The Blair Blazers came up just short in their third meeting with the Vikings.

In the second quarter, the two contrasting styles continued to be evident. Whitman relied on outside jump shots, while the Blazers worked the ball inside for layups and easy buckets. Freshman forward Abby Myers (11 points) drained a three for the Vikings to open up the quarter, stretching the Whitman lead to 15-4, Whitman's largest lead of the game. However Blair was not ready to lay down just yet. With 3:20 left in the half, senior forward Shannon Healy (17 points) converted a layup on a beautiful pass from Adarkwa to cut the Whitman lead to 16-12. Whitman maintained their four point lead going into the break, and led 22-18 going into the third quarter.

In the third quarter, Whitman again opened with a three pointer, this time from senior Avery Witt. However again Healy was quick to respond, scoring on an easy layup off a pass from Adarkwa. Healy's bucket with 2:13 left in the quarter brought the Blazers to within 31-29, the closest the game had been since the opening minutes. Adarkwa and Healy would dominate the quarter, scoring nine of the teams 11 points.

In the final quarter of the game, each team stayed true to their strengths. Blair continued to dominate inside, as Healy and Olawuyi were too much for the Whitman frontcourt to handle. However the versatile freshman Myers kept the Vikings strong, showing the ability to play both inside and out. After Maddie Cannon hit a tough floater with the shot clock expiring, the game looked all but over. Whitman had a commanding lead of 39-32 with just 3:54 remaining, and looked ready to coast to victory. However the Blazers again proved resilient, and Healy hit perhaps the biggest shot of the day, an and one layup to pull the Blazers to within 39-35. Again a Blair senior stepped up in the clutch when Adarkwa drilled a huge three to cut the deficit to just one, the closest the game had been all night. With 12.6 seconds left on the clock, Blair had the ball, and, down just 41-40, had a chance to knock off the Vikings. Adarkwa just missed on a tough floater, and after Olawuyi pulled down the offensive rebound, Whitman forced a controversial jump ball and retained possession. From there the Blazers were forced to foul, and although they forced a turnover in the final seconds, Blair could not get a shot up in time and came up just short.