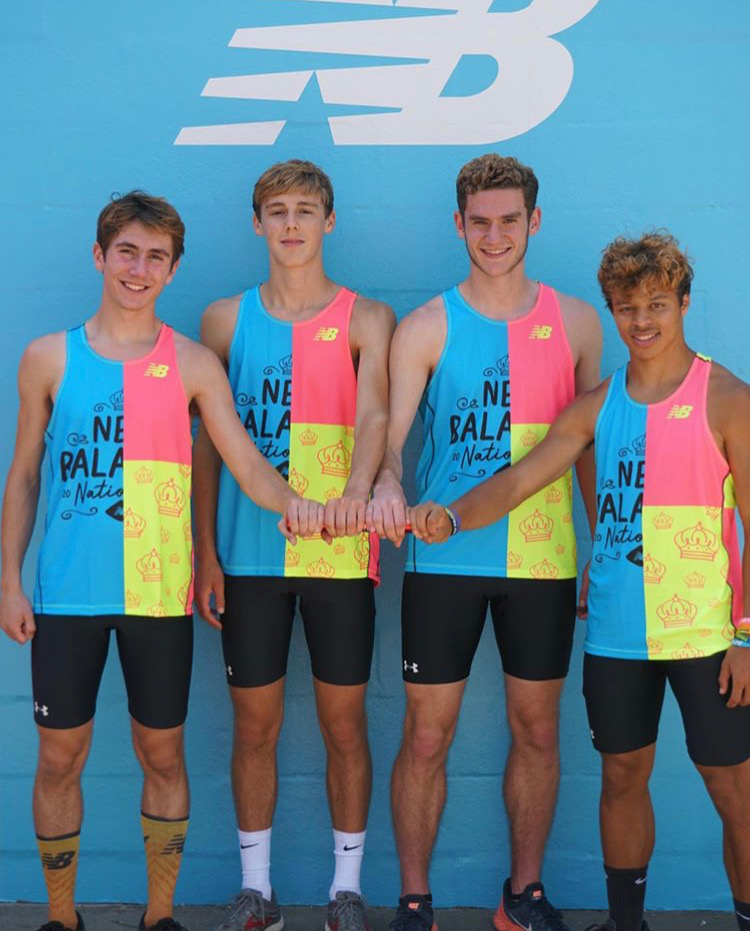 Throughout the season, the four runners each earned the qualifying time for their respective leg of the relay, after which they became eligible to compete at nationals.

Qualifying track runners came from high schools all around the country to compete at this event. "Thousands of athletes competed from all over the United States as well as Puerto Rico," Simpson said.

The runners were proud of their result. "I was happy with our result and we had a good race — 10th out of 28 was a good result for us, especially at a national level," Temple said.

Simpson said that Blair's success at the 2019 county track and field championships gave them more motivation to perform well at nationals. "The experience was different compared to the regular season. We had a lot of momentum coming off the season — we won the Montgomery County 4x800 Championship and got third place at the state meet. I think it brought the team together more," Simpson said.

At the Montgomery County track championship earlier in the season, Sam Rose Davidoff, Cannuscio, Hufford and Simpson won the 4x800 relay. Nate Kinyanjui, Enoch Agbodjogbe, Hufford and Temple earned second place in the 4x400 relay. At regionals, the 4x800 team earned fourth place, qualifying them for states where they earned third place. The 4x400 relay team got fifth place at regionals, just missing out on a spot in the state championship, as only the top four teams from regionals qualify for states.

This was Cannuscio and Hufford's final high school meet. Cannuscio will continue his athletic career at Loyola Marymount University, while Hufford will also run at Salisbury University. They both earned partial scholarships to compete at the collegiate level.

Temple and Simpson are excited to have more success at the national level in the next outdoor track season. "We used the national meet to get experience and we hope to actually compete there and try to make moves on the national scale next year," Simpson said.