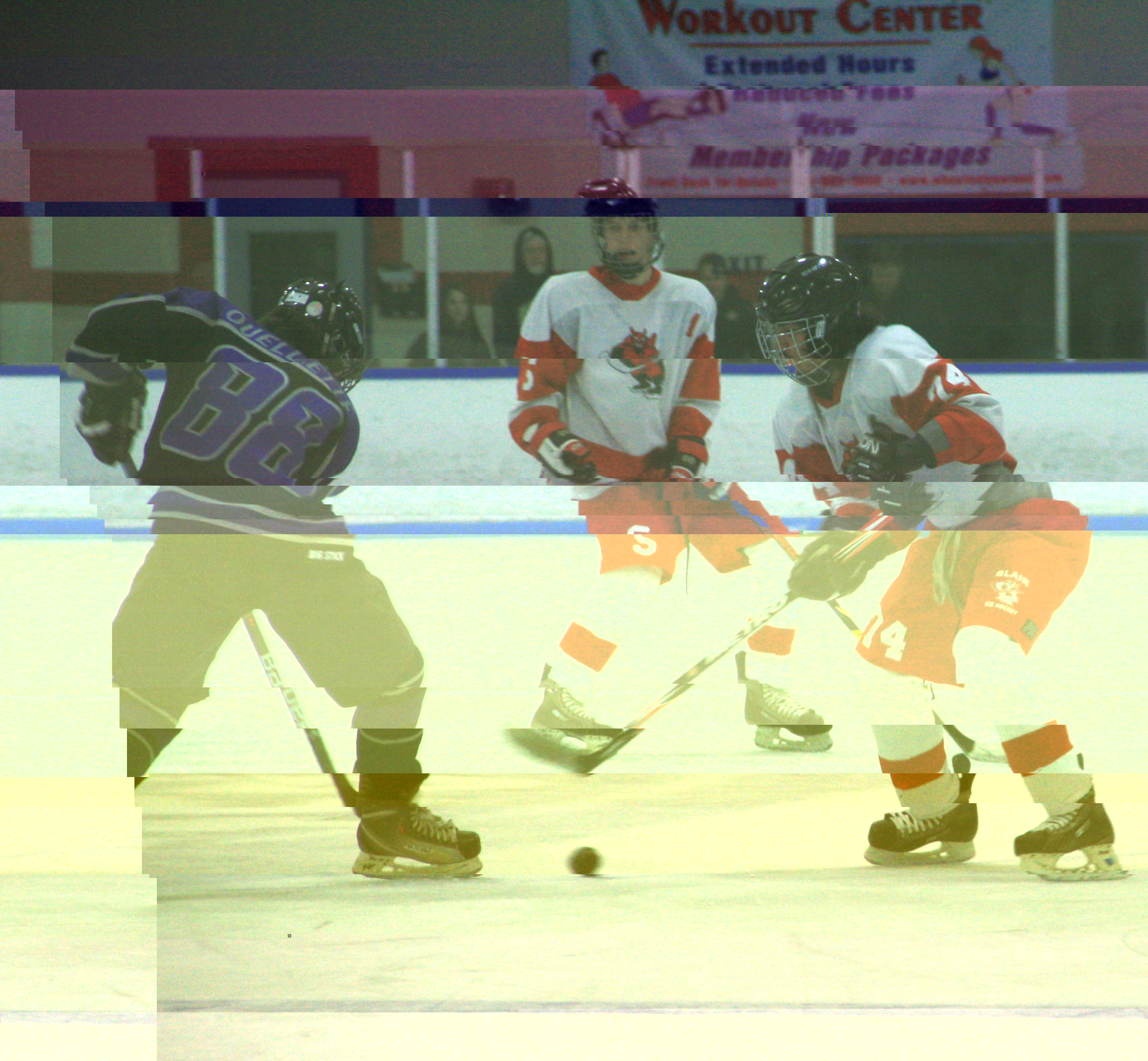 Photo: Marston and Henson face off against a Long Reach player.

Photo: Marston and Henson face off against a Long Reach player.

The Blair ice hockey team (9-3-1) defeated the Long Reach Lightning (7-4-0) by a score of 5-3 in an electrifying game marked by a high number of penalties, solid offense and back-and-forth goal scoring. Since it was Blair's last regular season game, the team recognized its two graduating seniors: assistant captain and defenseman Peirce Marston and defenseman Ben Kaufman.

"We had a bit of a slow start, but I feel like after the second period we really came together and played better than we did before," said sophomore goalie Michel Devynck. Devynck's goalkeeping included several flawless saves where he snatched the puck out of the air.

The first period started more slowly for the Blazers, with Long Reach scoring the first goal. Then sophomore Captain Rudy Carson scored the first of his three goals, and junior winger Ryan Henson scored another to bring Blair ahead. In the second period, Long Reach scored two more goals in quick succession to regain the lead. Blair did not recover until the third period, when goals from Carson and Henson brought the score to 5-3.

Coach Didier Devynck said the team's intelligent and persistent style of play secured them the victory. "They played a very smart game, and that's the kind of game we want to be playing. They never gave up – the game got very nasty at one point, but they hung in there."

Kaufman added that teamwork was another major strength for the team. "We have a lot of strong forwards and a solid defense that definitely work together whatever the situation, and we don't get mad at each other," he said.

Blair now heads into the playoffs, the first game of which is on Friday. Marston said that he was confident Blair would do well, but that the team still has areas to improve before then. "We need to work on our special teams, and being tighter in the defensive zone, but I feel pretty good about our chances," he said.

While there's room for improvement, Devynck said the team can be proud of their game. "Everything went really well today," he said.