After the game was postponed for a week, Blair (5-3) was defeated 3-0 by the Sherwood Warriors (9-0) in their second to last home game of the season. The undefeated Warriors proved to be too much too handle as they ended the Blazers' five-game winning streak. 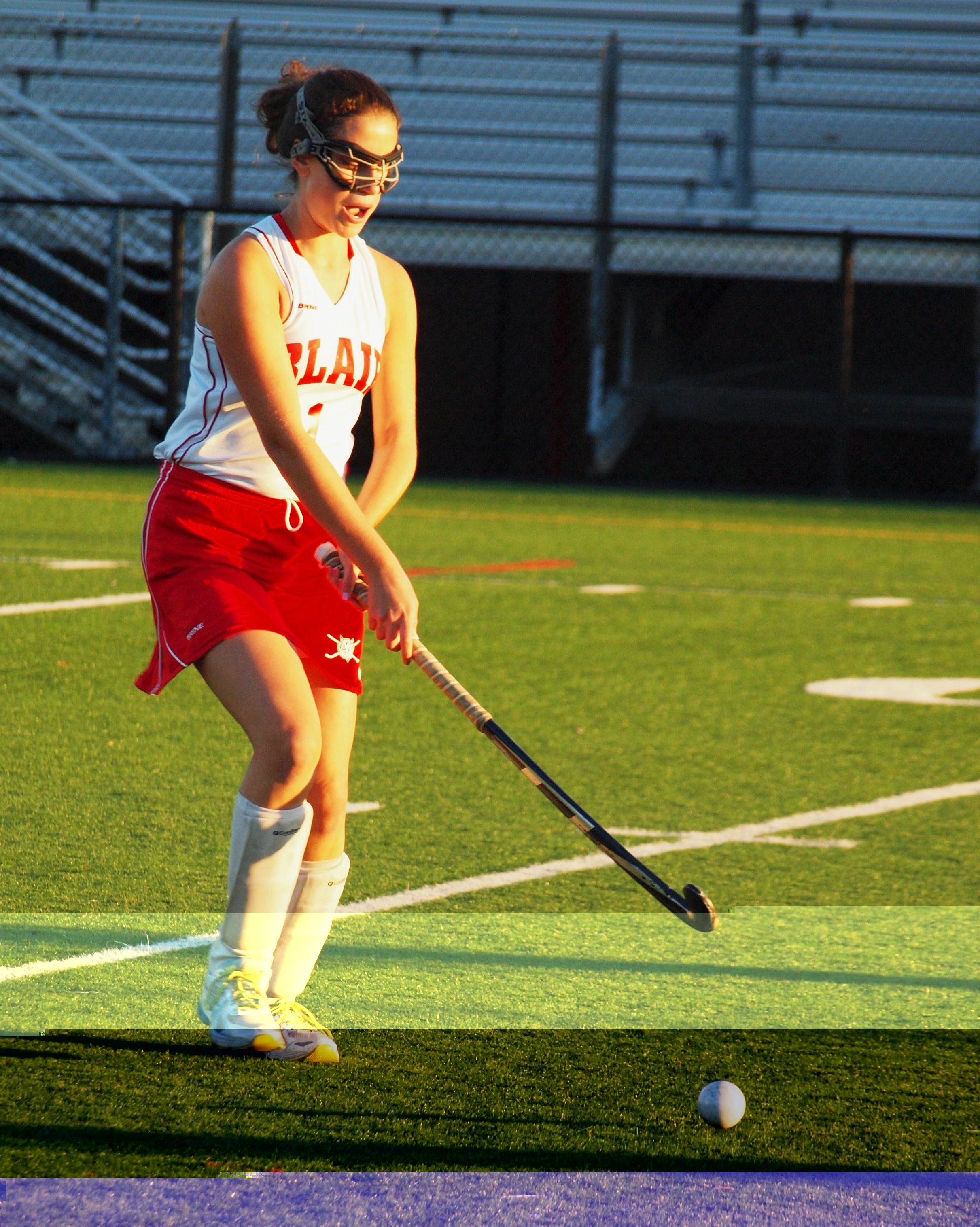 Sherwood forward Gabrielle Yore led the charge for the Warriors throughout the game. She scored all three Sherwood's goals, including a goal in the first ten minutes of the game. The Blazers did control the game for most of the first half but they were unable to score going into halftime.

The game picked up slightly during the second half. In the first two minutes, Yore received a pass from her teammate and dribbled the ball close to the Blazers' goal. Despite the strong Blair defense and a crowd of players around the circle, she smashed a powerful shot into the cage.

As for the Blazers, Junior Allison Chen displayed an incredible amount of hustle throughout the entire game. Chen said that the team went into the game knowing that it would be challenging but agreed that the Blazers demonstrated solid defense during the game.

"Sometimes we needed to cut more towards the ball," Chen said. She also said there were times in the game when the Blazers were too clumped up.

After an aggressive steal, Yore scored yet another goal against the Blazers midway through the second half. Junior Jenna Kanner and senior captain Zoe McCarthy made integral passes during the game as well. McCarthy also intercepted several passes from Sherwood in the second half. The Blazers had one final chance as Chen took the ball all the way downfield and nearly scored but the attempt was in vain as the game ended in a shutout.

Much of the Blazers' success so far this season has been due to strong defense and good goalkeeping, but the team acknowledges that it must work on moving the ball forward and scoring goals.

Senior captain Alayna Abel said that Blair needs to work on getting players downfield. "We need to be making sure offense is at the goal ready to score," Abel said. She also said that the opposing team was successful due to their strategies. "They came out knowing what to do. They had plays in mind. "

Head coach Candace Thurman knows what the team will focus on for the next game. "We're going to practice free hits in the circle," Thurman said.

The undefeated Warriors took the Blazers down a notch but the Blazers are still going strong as they pull into the second half of the field hockey season.