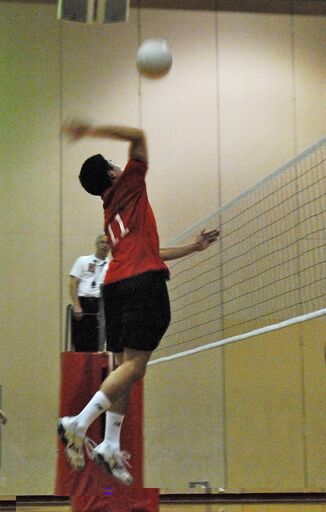 Photo: Junior Robert Huang sends the ball over the net.

Photo: Junior Robert Huang sends the ball over the net.

The undefeated Blazers (6 - 0) securely dominated the Titans (1 - 3) in three straight sets, with Einstein trailing behind the Blazers from the very beginning. Although the Blair team wasn't concentrating as hard as they could have throughout the first two sets, they were able to secure a solid win 25 - 15, 25 - 17 and 25 - 10.

The Blazers started the first set with strong control. Junior co-captain and setter Robert Huang served 10 straight points, spearheading the Blazers' rise from 4 - 1 to 14 - 1. During this time, a long series of continuous volleys threatened the Blazers' consistent point gain, but they pulled through with teamwork and perseverance. Their technique also helped them achieve a significant score gap. "We've been working on serves, consistency and passing," senior Pin-Joe Ko said. The Blazers remained strong for most of the set, especially with senior middle hitter Sina Shahatmadar's constant blocking and freshman outside hitter Ricci Huang's powerful spikes. Ricci completed 16 kills by the end of the final set, completing the most kills out of anyone in the team. 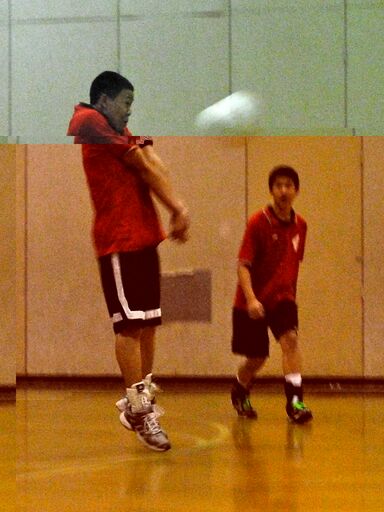 After junior middle hitter Michael Zhang brought the score to 21 - 5, the Blazers began losing steam. Several players returned the ball only to see it go out, and the Titans slowly increased their score. In the last few minutes of the game, the Blazers pulled it together and strengthened their offense. Ricci successfully spiked the ball several times. Robert ended the set with a kill, settling the score 25 - 10. Coach Chris Sim acknowledged both players as key to Blair's success. "I think the strength is the consistency of certain players, especially Robert's sets and Ricci's hits. Team Huang," he said.

The second set posed the biggest problem for the team. "The second set had six missed serves. We just gave them six points," Ko said. Senior middle hitter Vikas Mendhiratta was a major part of the Blazers' victory. Mendhiratta scored three consecutive points in the middle of the set and ended with a powerful serve. "We worked a little bit on defense at the net, which Vikas did really well," Ko said.

Sim was pleased, but a little surprised at the team's overall performance. "The hitting and passes actually turned out really well, especially the middles," he said. "We practiced that yesterday."