Soft jazz and laughter fill the room as Emma Bardsen welcomes customers into Republic, an upscale American restaurant in Takoma Park. An embarrassed mother approaches Bardsen. Her son has spilled a little bit of soap in the bathroom. But as Bardsen recalls, the “small” spill wasn't so small. “I go in there and her child had hulked this glass bottle of soap all over the floor, and there's soap and glass everywhere,” Bardsen tells me. Moments later, she hears a crash from the dining area. A bowl of soup has been overturned. The culprit is none other than the same boy who spilled the soap. Wondering who cleans up messes like these? Yeah, you're right; it's Bardsen. Welcome to the life of a hostess.

From an outsider’s perspective, being a hostess at a restaurant may sound like a walk in the park: greeting customers at the door, escorting them to a table, and occasionally helping out with serving. Appearances can be deceiving.

Rude and entitled customers. Expectations to meet. Juggling school with work. Student hosts have so much to deal with and still face more challenges with customers. “I’ve had people yell at me, because they didn’t get the table they wanted or get pissed-off because of the wait,” Bardsen recalls. Like Bardsen, Willa Falvey from Republic and Sophia Leonessa from Trattoria da Lina have experienced similar situations. 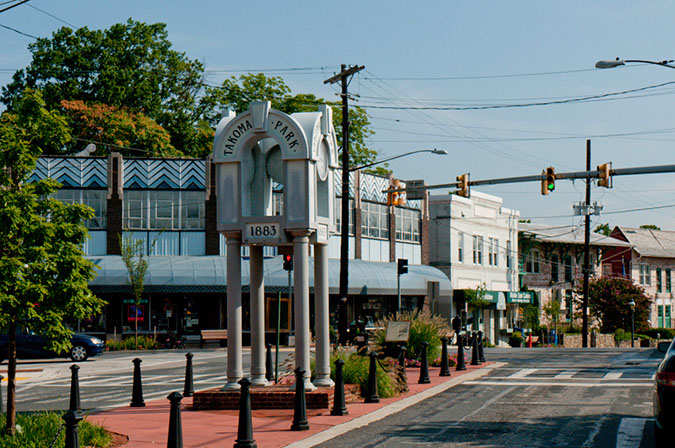 All three Blazers are rookies in the restaurant business, and they all report that older people often overestimate their maturity and ability. In general, younger hostesses don’t know the fine details of restaurant etiquette such as seating arrangements, how each dish on the menu is prepared and how to ensure customers feel they are being attended to. “Our coworkers need to realize that we are still 16 and that we are still learning how to work a job,” Falvey exclaims.

On school nights, Bardsen works for at least 6 hours straight, which leaves hardly anytime to study. “A challenge for me is doing homework after work... I get back home at 10 which leaves me barely enough time to get work done before I go to sleep,” Bardsen explains.

Applying for jobs in Takoma Park isn’t as hard as one might think. Bardsen, Falvey and Leonessa all report that the application process was initially hard but well worth the effort. Falvey and Bardsen applied to multiple restaurants around Takoma Park, including Starbucks, Busboys and Poets and Republic. Republic was the only one to respond. According to Falvey, the interview itself was a breeze. “The interview was really lowkey and only asked us about our availability,” Falvey says. As for Leonessa, she got lucky because she is a native Italian speaker. “I met the [owner of Trattoria da Lina] in the gelato place, and I heard him speaking Italian, so I started speaking Italian with him… I asked him if he had positions, and at first he said no but ended up getting my number from my friend and hired me,” she recalls.

When they finally got their new jobs, all three reported that the restaurant business community is warm and welcoming. Staff look out for each other, help each other out and often joke around. “We [Falvey and Bardsen] are the only people under 18, so there's been a running joke that we don't know anything, which can get pretty annoying but also funny,” Falvey notes. As for Trattoria da Lina, Leonessa has fond recollections. “I love the people and atmosphere. They are really funny, positive and great to be around,” Leonessa describes.

For "job-seeking" Blazers in Old Town Takoma, working at a restaurant as a hostess is a good place to start. In fact, that’s one of the only places to start if under the age of 18. Here, Blazers can look to Bardsen, Leonessa and Falvey as role models for stepping into the adult world.

Working in the restaurant business is hard work and requires endurance, but it gives teenagers work experience and prepares them for life in the professional world. Work is often not what you expect it to be. Things can go wrong, people can get frustrated and sometimes you don’t know exactly what you’re doing. Nonetheless, it’s worth knowing how to navigate the hurdles of the adult workplace early on in life.