Chesapeake holds off Blair in 2012 rematch

On a warm Tuesday evening in Glen Burnie, MD, the Blair softball team (19-3) fell to the Chesapeake Cougars (17-6) 5-2 in the Maryland 4A state semifinal.

With the game highly advertised throughout the week, Blazer Nation arrived in swarms, casting the Blair cheering section with a sea of red. The electric crowd was loud and alive throughout the game, and fans certainly got their $6 worth in this rematch of the 2012 state semifinal.

In 2012 when these teams met, even one of the best Blair softball teams in recent memory was no match for the Cougars. However this time around, the Blazers pushed Chesapeake to the brink in a hotly contested showdown. 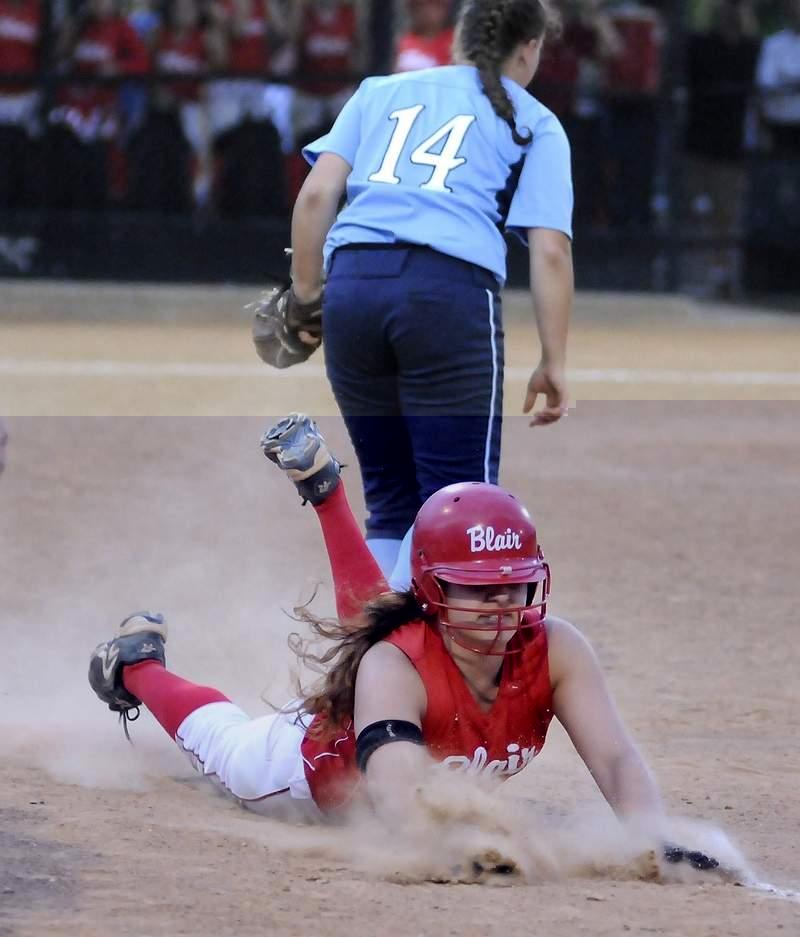 Photo: Pietanza drove in the first run of the game for the Blazers.

Photo: Pietanza drove in the first run of the game for the Blazers.

The Cougars flexed their offensive prowess in the first inning when Danielle Stewart smacked a 2-run triple to give Chesapeake a 2-0 lead. However Blair responded when senior captain Annie Pietanza laced a single up the middle to drive in a run.

The game settled into a defensive struggle until the top of the Chesepeake order came up again. This time, the Cougars put runners on for power hitting catcher Deja Sutton, and Sutton responded in a big way crushing a monster 2-run triple over the head of Blair left fielder Megan Houlihan.

The Blazers would continue to battle, though. In the final inning, just as the Cougars looked ready to advance to the state championship yet again, the Blazers mounted a 2 out rally. Blair brought the tying run to the plate in the bottom of the 7th inning, however they were not able to capitalize, and the Cougars advanced to the 4A state championship where they will face off against the undefeated Sherwood Warriors.