Varsity football suffered a heart-breaking loss in the team's season opener, falling 25-20 to the Paint Branch Panthers on Friday night. The Blazers led throughout much of the game before a string of penalties and a few costly turnovers prevented them from pulling out the win.

The two teams traded touchdowns to start the game. After senior quarterback Elisee Francois threw an 86-yard touchdown pass to senior co-captain Caleb Furlow, Paint Branch returned the favor with a 31-yard touchdown run at the end of the first quarter. 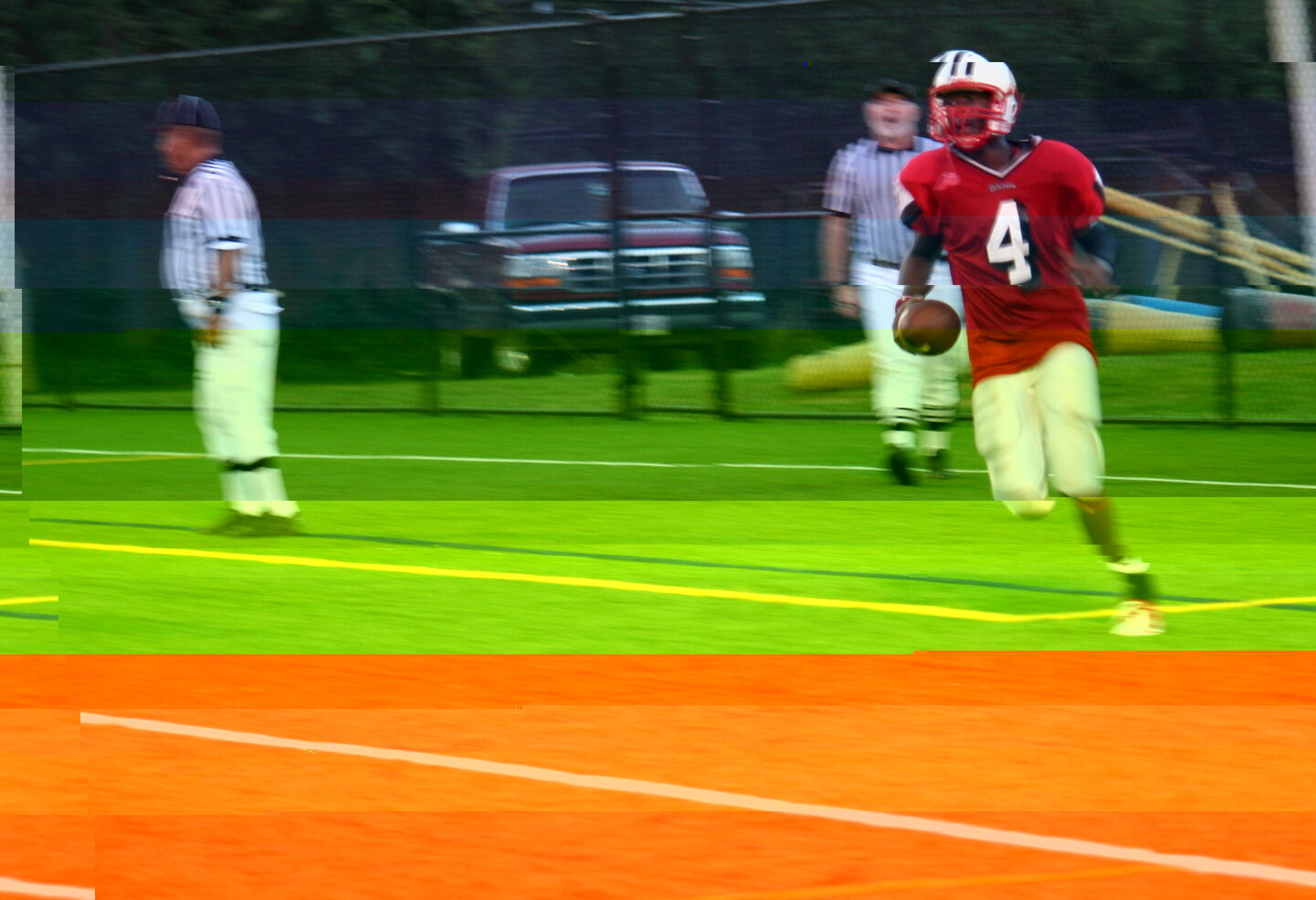 With the game knotted at 6-6 at the start of the second quarter, senior co-captain Assani Mudimbi broke off a monster 50-yard run to set up a 12-yard touchdown scamper from senior quarterback Carlos Flores. Once again, the Panthers responded immediately, returning the ensuing kickoff 72 yards for a score, which put them up 13-12 after the extra point.

Late in the first half, Furlow picked off a Paint Branch pass from the cornerback position, which was followed by a 19-yard touchdown throw from Francois to senior John Phan. Mudimbi's two-point conversion run put the Blazers up 20-13 heading into halftime.

After their offensive onslaught in the first half, Blair couldn't seem to get anything going in the final thirty minutes. Near the end of the third quarter, Paint Branch broke the second half stalemate with an 11-yard touchdown pass. Penalties began to cause problems for the Blazer offense, and none was more detrimental than the holding call that nullified Mudimbi's 61-yard touchdown to start the fourth quarter.

With hopes of extending their 20-19 lead, the Blazers instead turned the ball over on downs in consecutive possessions, giving Paint Branch plenty of opportunities to snatch the lead. The Panthers didn't squander these chances, promptly cashing in on a 75-yard touchdown pass. After leading the entire game, Blair was suddenly faced with a five-point deficit with only two minutes remaining in regulation, and when a Flores pass was picked off for a game-ending interception, the Blazers' season opener ended abruptly.

With the loss, the Blazers dropped to 0-1 on the season despite impressive efforts from Furlow and Mudimbi. Furlow led the team in rushing and receiving, racking up 211 yards of total offense, while Mudimbi had 115 yards on the ground. Furlow expects the team to continue improving before their next game. "We have to work harder and stay disciplined," he said. "We also have to keep our heads up and keep looking forward." 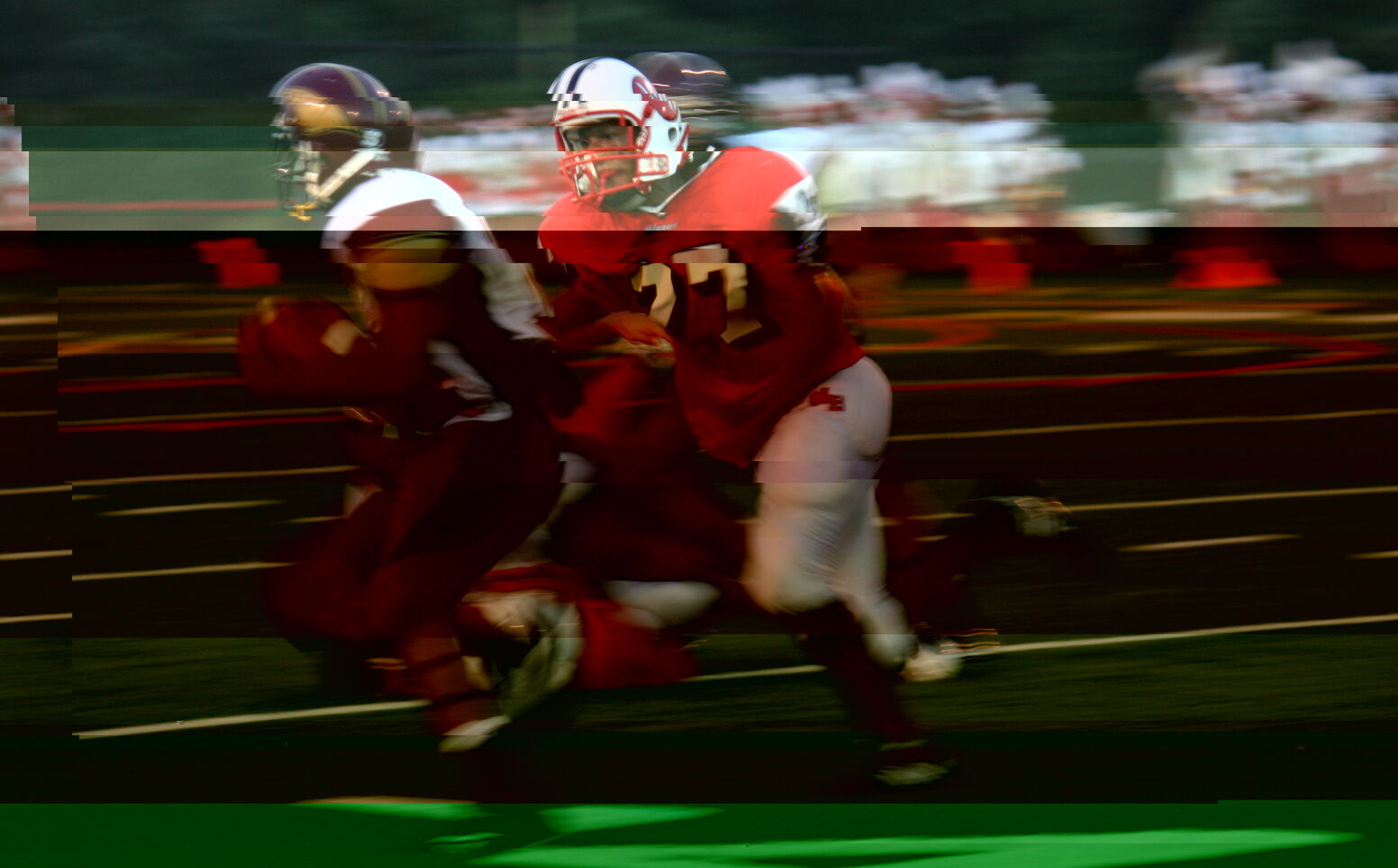 Penalties brought back three would-be Blair touchdowns, causing frustration for players, coaches and fans alike. "At some points during the game, we played really well," Furlow said. "But we shot ourselves in the foot with stupid mistakes."

Head Coach Jeffery Seals was upset over the loss, but managed to draw some positives from the game. "Nobody gave us a chance tonight," he said. "But we showed that we're a pretty good team." Seals also mentioned that the team was without a few key players due to injury. "We were missing a couple guys. People get hurt; it's a part of the game," he said.

As for the players on the field, Seals praised a handful of key contributors. "Assani and Caleb really stood out tonight," he said. "The quarterbacks, Elisee and Flores, played well, and I also thought the O-line did a pretty good job with pass protection."

The Blazers didn't come up with a win in their first game, but Seals is ready to get his team back on the practice field and see his players get better. "We have to get back to work," he said. "We need to get back to the fundamentals."

Varsity football plays their next home game against Wheaton on Wednesday, Sept. 15 at 6:30 p.m.