The Blazers (15-8) brought fire and intensity in their 2013 playoff debut against the Gaithersburg Trojans (6-17). Thus, it came as no surprise when senior captain Justin Kung dove headfirst into the scorers' table late in the fourth quarter to save a loose ball. Kung's hustle not only gave the Blazers an extra possession, but set the tone for the rest of the game, as Blair eventually shook the Trojans and broke free for a 50-37 win at home. 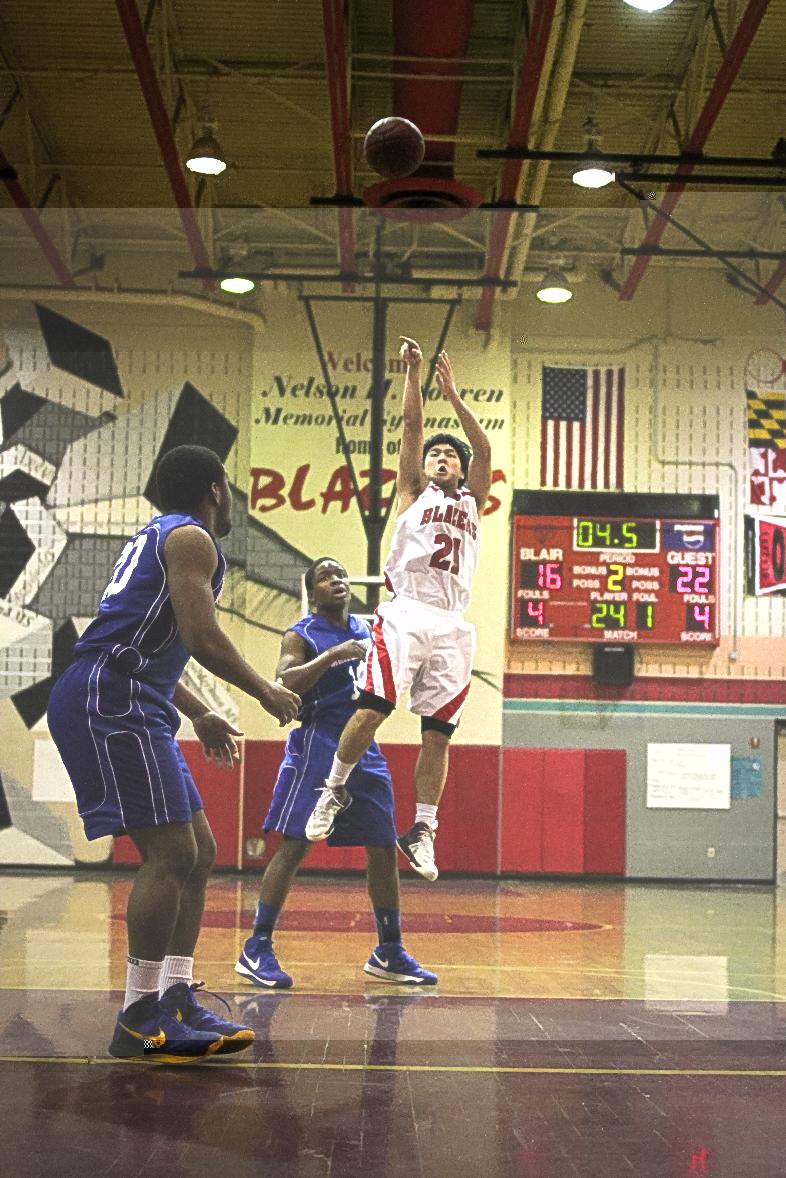 Photo: Senior Justin Kung elevates for a jumper from the top of the key.

Photo: Senior Justin Kung elevates for a jumper from the top of the key.

Playing in front of an electric home crowd, it was easy for the Blazers to get fired up. Kung's hustle play brought the crowd to their feet. Kung spoke on the pivotal play, "In the previous possession, I let the ball slip through my hands and caused a turnover," he said. "I knew I had to make up for it." After that key moment, which occurred with about 4:00 left on the clock, Gaithersburg only put up four more points, most of which were meaningless buckets as the clock was winding down.

Despite the final result, the Blazers did not control the game early on. The Trojans came out hot, hitting two early threes and going ahead 6-0 in the first quarter. The Blazers failed to box out on defense, giving the Trojans second and sometimes third chance points. "They made a few good shots and got hot early," Kung said. "We were giving up lots of second chance baskets." Head coach Damon Pigrom believed Gaithersburg's hot start had more to do with the Trojans' offense than the Blazers' defense. "They were hitting their shots. I'll give credit where credit is due," Pigrom said. The Trojans were up 13-6 going into the second quarter.

The Blazers chipped away at the deficit in the second quarter. A couple flashy layups in transition by junior point guard Trey Wainwright, who led the team with 17 points, and a last second jumper by Kung helped cut the Gaithersburg lead to just four going into halftime.

The Blazers kept up the heat after the break with two straight putbacks by center Raymond Burtnick, who finished with 15 points, tying the game at 22. On the next possession, Kung knocked down an open jumper to give Blair its first lead of the day. This 6-0 run to open up the half forced Gaithersburg into calling a timeout with 5:24 left in the third and the Blazers up by two. Blair would not trail again. 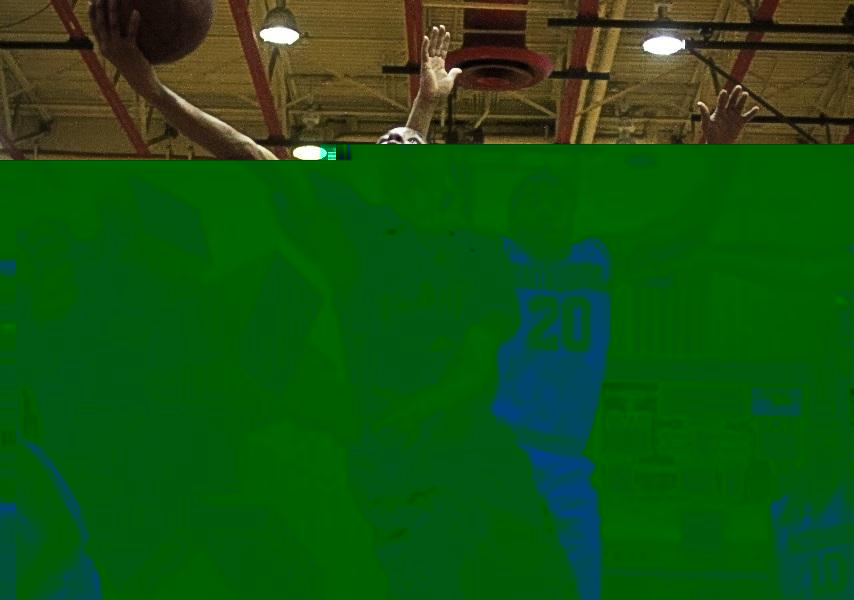 After winning the game, many Blazers couldn't help but look ahead to the rematch with Kennedy on Thursday. The Blazers split the season series with Kennedy 1-1. Blair defeated Kennedy at Kennedy while the Cavaliers bested the Blazers at home. Head coach Damon Pigrom thought that the key to beating Kennedy for the second time this year lies in slowing down their star point guard Marcus Murray. "They have a very good player in Marcus," Pigrom said. "You're never going to completely stop him but we can slow him down." Murray torched the Blazers for 18 points last time the two teams met and was key in leading Kennedy to a 47-44 victory.

With the win, Blair continues on its quest for the state title. The win against Gaithersburg was nice, but with teams like Kennedy and state powerhouse Magruder on the horizon, the Blazers know that the road to states is far from easy. However, with more performances like this Blair basketball is primed for its best run in years.