On Nov. 11, 14 and 20, various Blair students attended workshops at the new H&M in Downtown Silver Spring. The workshops were hosted by a group called Mentor Foundation USA for students interested in pursuing careers involving marketing, fashion and communications. 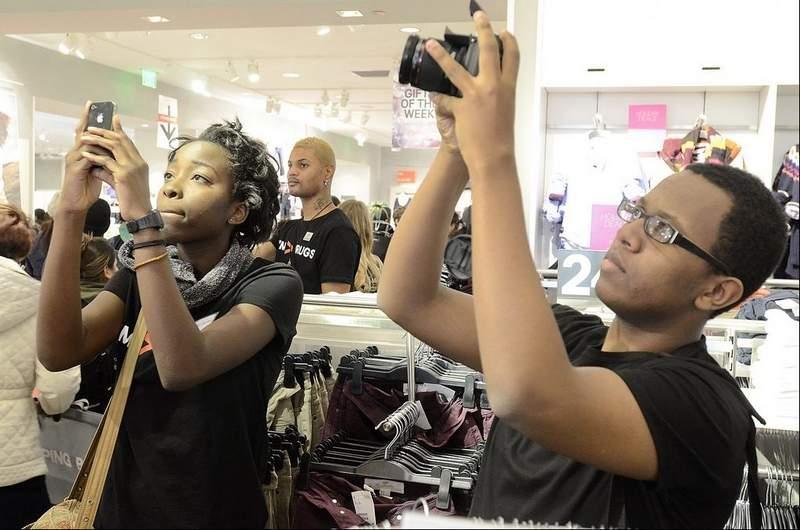 The Mentor Foundation USA organization aims to prevent drug use in adolescents. Mentors involved in the program try to encourage kids to do activities that will help them lead a healthy life of well-being and avoid drug abuse. The organization holds various workshops throughout the year in different locations teaching kids how to be successful in their attempt to avoid drug use. Senior Elan Stern attended the workshops and was impressed with how H&M uses visual marketing and teamwork to run the store. They were also taught the importance of customer service, logistics and techniques to attain jobs. "We were given help on writing a resume and answering questions during an interview," Stern said.

The students were informed about the various subsections of jobs they could pursue as a career. "[They told us about] different fields you can go into within the same company," senior workshop participant Mike Tadesse said.

Most Blazers found out about the three-day program through word of mouth. Stern heard about the workshops from internship coordinator Geoffrey Finch, while Tadesse found out from Stern. "My friend Elan Stern saw me in the hall and told me about it," Tadesse said.

Tadesse felt that the workshops were very helpful and provided important information in addition to what is taught in school. "I loved it. I learned a lot that I don't learn in school, like how to write a resume, interview skills, what it takes to get a job," Tadesse said.

Stern also found the workshops beneficial. He felt that the knowledge he gained from the course will help him with business later in life. "I realized that you must learn to be a leader in a fast-paced environment, and must be able to turn analysis into actions to be successful in the business world," Stern said.

Stern advises that anyone looking to partake in a program similar to this definitely should. "Mentor Foundation USA does several workshops like this a year. Anyone who is interested in participating in something like this should visit their website, and see if there is anything coming up that they can get involved in," Stern said.

The registration process was simple. According to Stern, students who found an interest in the program merely had to say so and were allowed to participate in the workshops. "There was no application to apply for it; the first 15 people from either Blair or Thomas Edison who said were interested in the program got to go," he said.