This year, senior Hueyjong Shih, junior Quinn Tai and sophomores Cynthia Liu and Stephan Loh are selected as members of prestigious musical ensemble programs due to their musical talent. These programs include the All National High School Honors Orchestra and Band and the National Symphony Orchestra Fellowship Program. 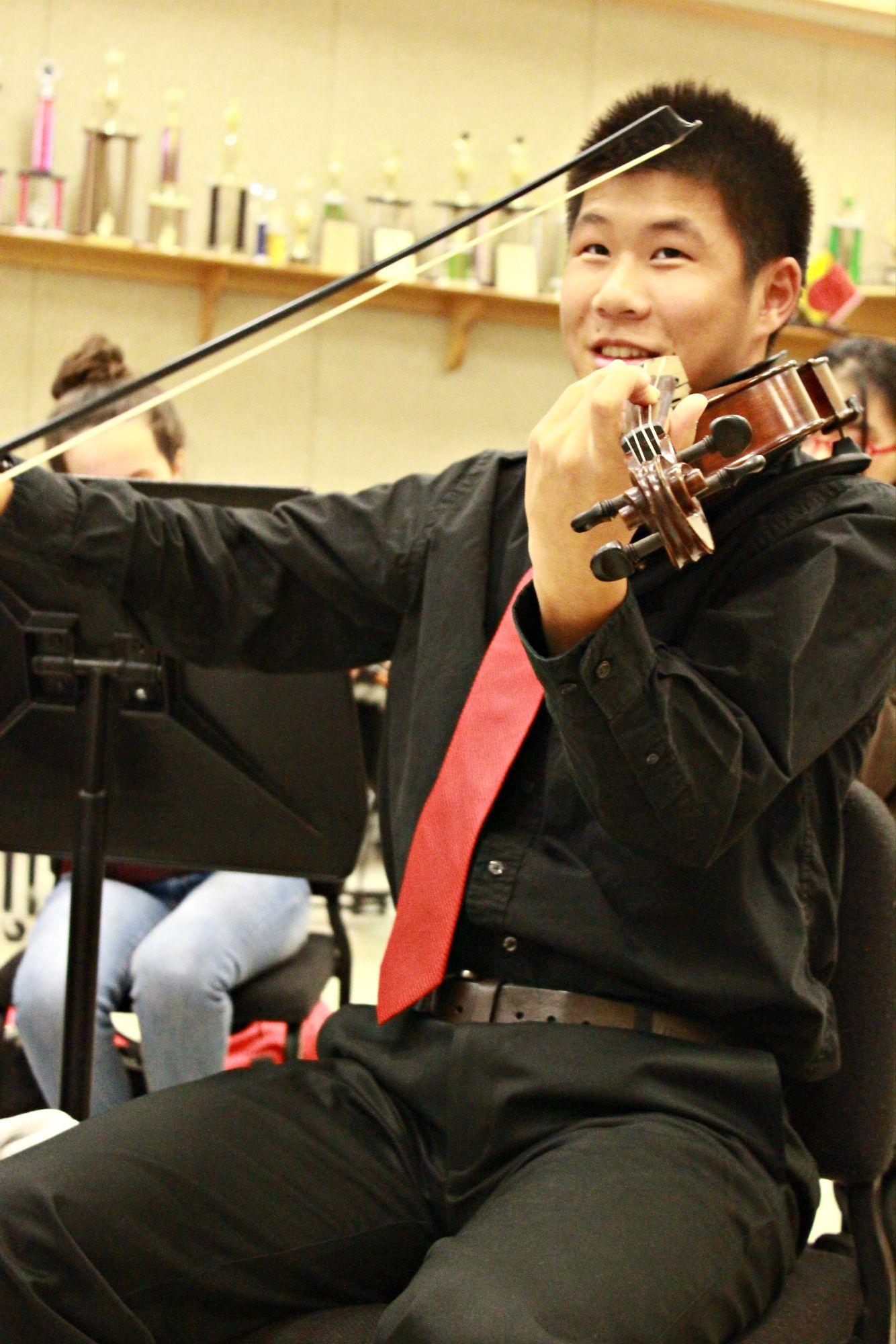 Meanwhile, Loh will play the viola in the National Symphony Orchestra Fellowship Program. According to its website, the program is "intended for serious music students interested in pursuing orchestral music as a career." The program offers private instruction with a National Symphony Orchestra (NSO) musician and various educational opportunities. Auditions to get into the program are in May, and the program starts in September. Loh said he auditioned in part because he is considering a career in the music. "It was a good opportunity for me to see what it was like as a professional."

In order to get into the national ensembles, Shih and Tai had to play in the All State Orchestra, and Liu had to play in the All State Band. Each ensemble compiles the best youth musicians from the state. The students also had to submit either a solo or a video that featured the same excerpts from the All State audition. The ensembles also required letters of recommendation from school music teachers and academic information. Since each student had already practiced the pieces for All State, the only preparation was review. "I didn't prepare too much. I prepared obviously by practicing a lot," Liu said.

Shih, Tai and Liu decided to audition for different reasons, but all wanted to gain experience from the opportunity. "I wanted to [audition] because it sounded like a fun experience to play with the best musicians in the country," Shih said.

Shih, Tai, Liu and Loh are all in the Symphonic Orchestra and Band classes at Blair. Michelle Roberts, the Symphonic Orchestra and Symphonic Band teacher at Blair, is pleased to have elite talent in her orchestras. Roberts wrote the letters of recommendation for Shih, Tai and Liu, so she had an idea of their capabilities. Still, she didn't expect such success because the students were competing at such a prestigious level. "You never really know, this is All National. I had confidence in the students," Roberts said.

She also noted that these students will and have already contributed to the success of the orchestra. "We have so many talented kids in orchestra," Roberts said. Overall, she hopes that the students appreciate these musical experiences, even if they decide not to pursue careers in music. "I think for some, music will become an important part of their lives."